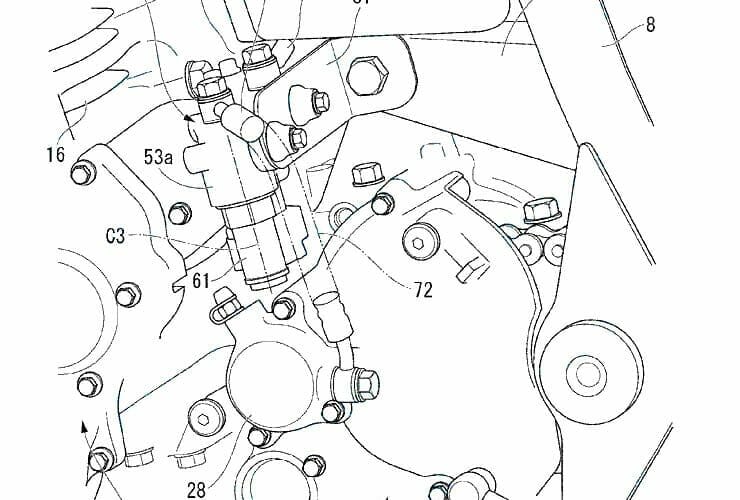 Honda patent for a semi-automatic CB1100

3 min read
With the DCT system, Honda offers a dual clutch transmission that saves shifting. Decades ago, however, there was also a semi-automatic. This could come back on the market, if one can believe recent patent drawings.

With the DCT system, Honda offers a dual clutch transmission that saves shifting. Decades ago, however, there was also a semi-automatic. This could come back on the market, if one can believe recent patent drawings.

The semi-automatic transmission would be cheaper to produce and simpler than the DCT system.

In 1976 Honda introduced the Hondamatic transmission in the CB750A. It was a two-speed gearbox that was operated with a conventional shift lever but without a clutch lever.

It used a torque converter, which is mostly used only in automatic cars to connect the engine to the transmission. As a result, one also lost a lot of performance, and there was also the restriction to two courses.

The new system seen on the patent drawings appears to be even simpler but also more effective than the system of the 1970s. Basically, it is a conventional 6-speed gearbox that is connected to a gear lever that is used to address the computer-controlled system. The actuation automatically engages or disengages.

It has few components and is therefore much simpler than the DCT system. The two main components are an actuator directly behind the steering head and a valve unit on the transmission.

Basically, the actuator is the clutch master cylinder, which builds up pressure with an electric motor, as if you were operating the clutch manually. Even a control container to check the fluid level is obese.

Not just a quick shifter

The described system is primarily intended for starting and stopping. A well-known quick shifter with blipper function ensures gear changes while driving. Supported by the system, it could also ensure clean and smooth gear changes in all engine speed ranges. 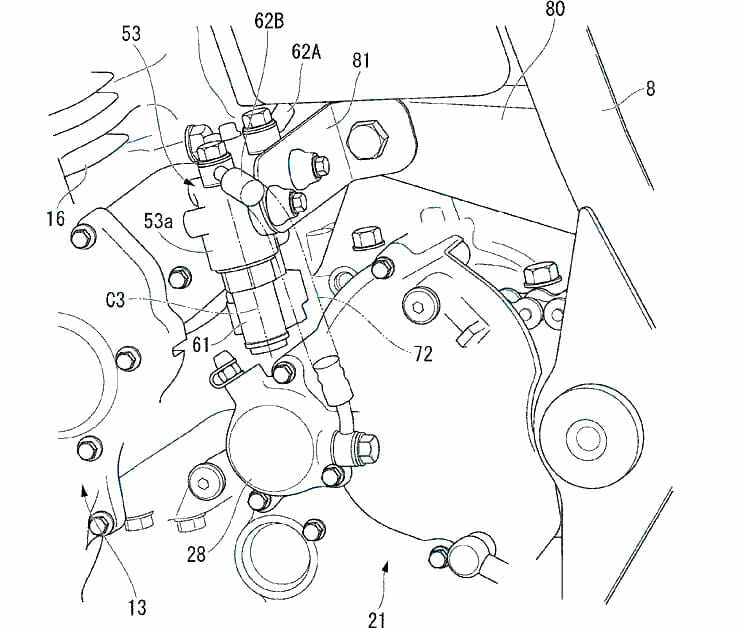