Head-up displays are being used more and more and have already reached the motorcycle industry. So far, however, usually only as an accessory for helmets. Honda now wants to go a step further, as evidenced by a patent application.

Honda: Head-Up Display with touch control for the motorcycle

Honda wants to integrate the head-up display directly into the motorcycle. According to the patent images, the system is mounted where normally the instruments can be found. The ads then are projected onto the windshield. At least that could be solved so in the Africa Twin.

For the Fireblade, the system is installed on the mirror mounting. Here, the ads are thrown onto a plate on the tank. The sense of a HUD is lost here, because a HUD should actually offer ads that you can read without turning your gaze from the traffic.

But Honda wants to go beyond a pure display. Through a transparent electrode one should be able to use the windshield like a touch screen.

This also applies to the tank. One could use it as a larger “display” to make adjustments. That would probably be easier to use with gloves than an ordinary display. 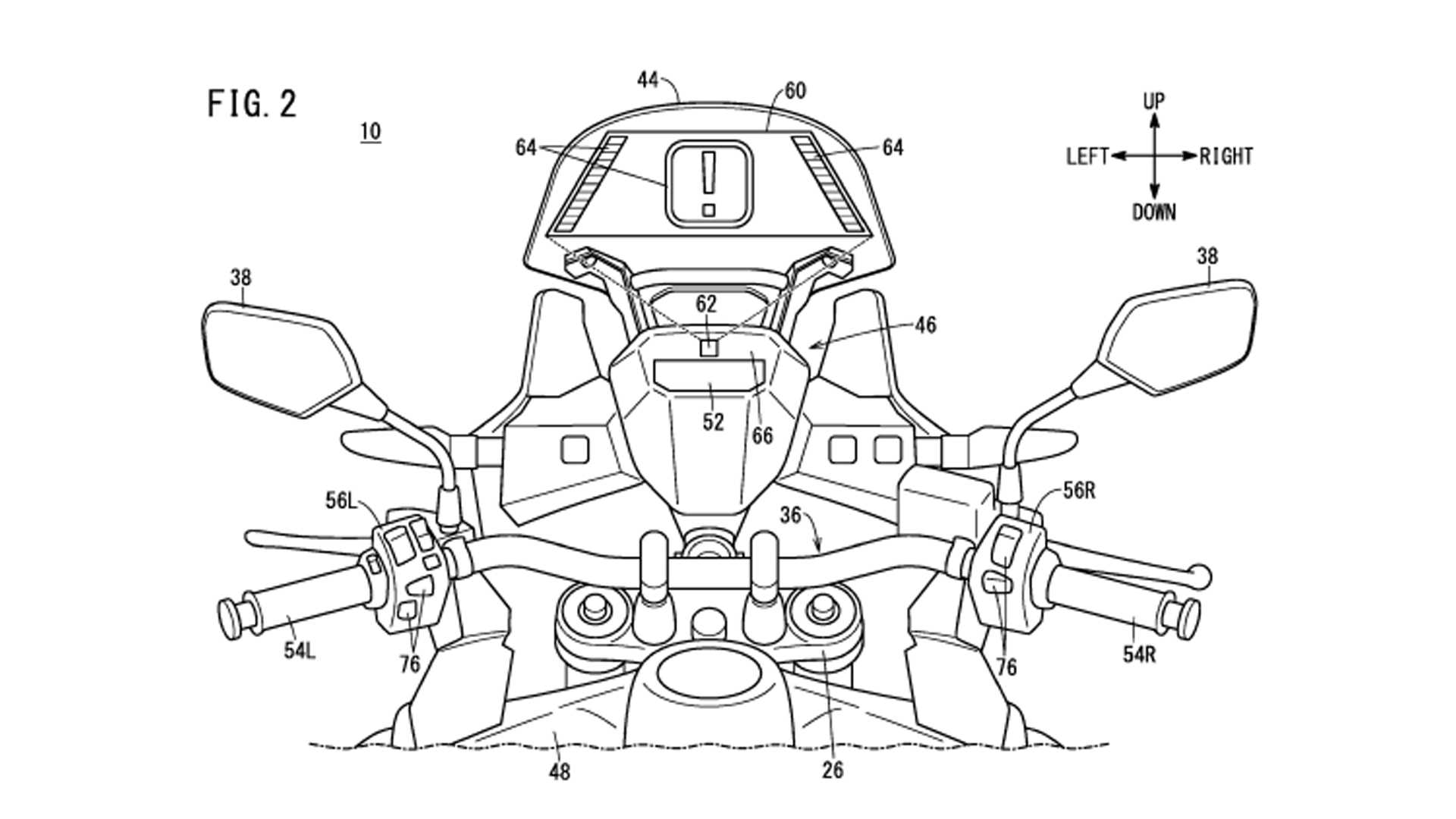