3 min read
The race of Moto2 in Austria at the Spielberg had to be stopped after a serious accident already in the 4th round with red flag.

The race of Moto2 in Austria at the Spielberg had to be stopped after a serious accident already in the 4th round with red flag.

At the exit of curve 1 Enea Bastianini had a highsider. His bike slipped over the track and stopped just behind a hilltop on the track. The following riders could only see the obstacle on the track with great difficulty and very late. The Italian himself was able to get himself to safety.

Some riders were able to avoid the Kalex on the track. In a group of three Hafizh Syahrin also drove towards the obstacle. The two riders in front could still pass the motorcycle. Syahrin, who was third in the group, had no chance of seeing the Kalex in time and hit the obstacle with full force.

His motorcycle was literally torn away from underneath him. The impact looked like an explosion, parts were flying around everywhere.

Edgar Pons and Andi Farid Izdihar also fell. But they are doing well so far.

The race was stopped with a red flag. Syahrin was lying on the track and received immediate medical treatment. According to first reports he should be responsive. He was taken to the track hospital.

Enea Bastianini: “It was terrible. I had a heavy crash in curve 1 and Hafizh couldn’t avoid my bike anymore. I hope his condition is okay, but at the moment we don’t know.”

All riders are conscious

Bastianini was up and walking away ✨#Moto2 | #AustrianGP 🇦🇹 pic.twitter.com/0q6laBaUBo 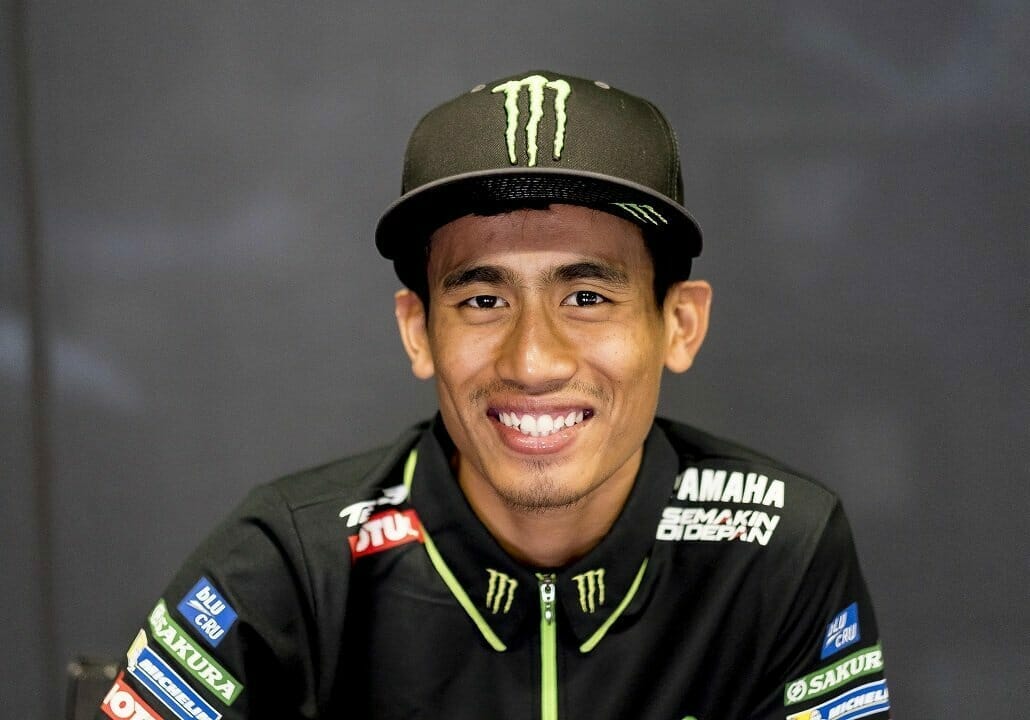