She has now broken records on the quarter and eighth mile with the electric Harley.  For the eighth mile (201.17m) she needed 7.017 seconds from a standing start. The quarter mile (402.34m) was completed in 11.156 seconds. She reached a top speed of 110.35 mph (177.59 km/h). It should be noted, however, that the LiveWire will be slowed down at this speed. A higher speed is therefore not possible as standard. Nevertheless, it was enough for a new record in acceleration, as well as in top speed, for electrically powered production motorcycles.

The two records were set during the exhibition runs at the Denso Spark Plugs NHRA U.S. Nationals at the Lucas Oil Raceway in Indianapolis. According to Harley-Davidson’s press release, this underscores their commitment to becoming the leader in two-wheeled electric mobility.

It also confirms Harley’s commitment to electric motorcycles. After the restructuring of the company it was not clear whether there would be an electric future. The statement “one would like to concentrate on the original core business again” sounded more like giving up the electric division. This is apparently not the case.

Angelle Sampey: “Really amazing. I was sitting on a LiveWire for the first time and couldn’t wait to get on the track with my motorcycle. The LiveWire is extremely easy to ride – just give it the throttle and it really gets going!

The LiveWire needs about three seconds to accelerate from 0 to 60 mph (96.56 km/h). From 60 to 80 mph it takes another 1.9 seconds. The maximum torque is fully available in every driving condition. 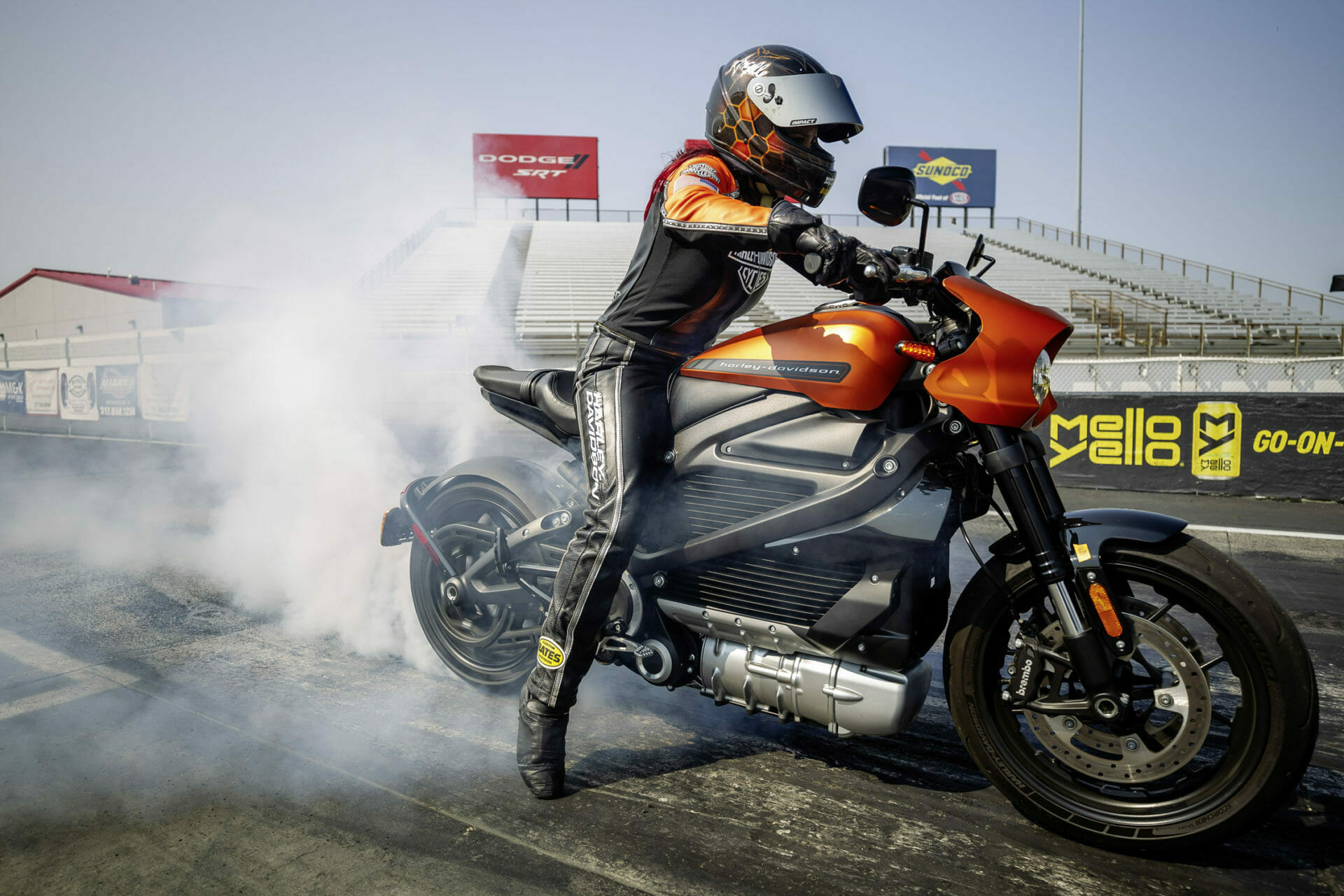