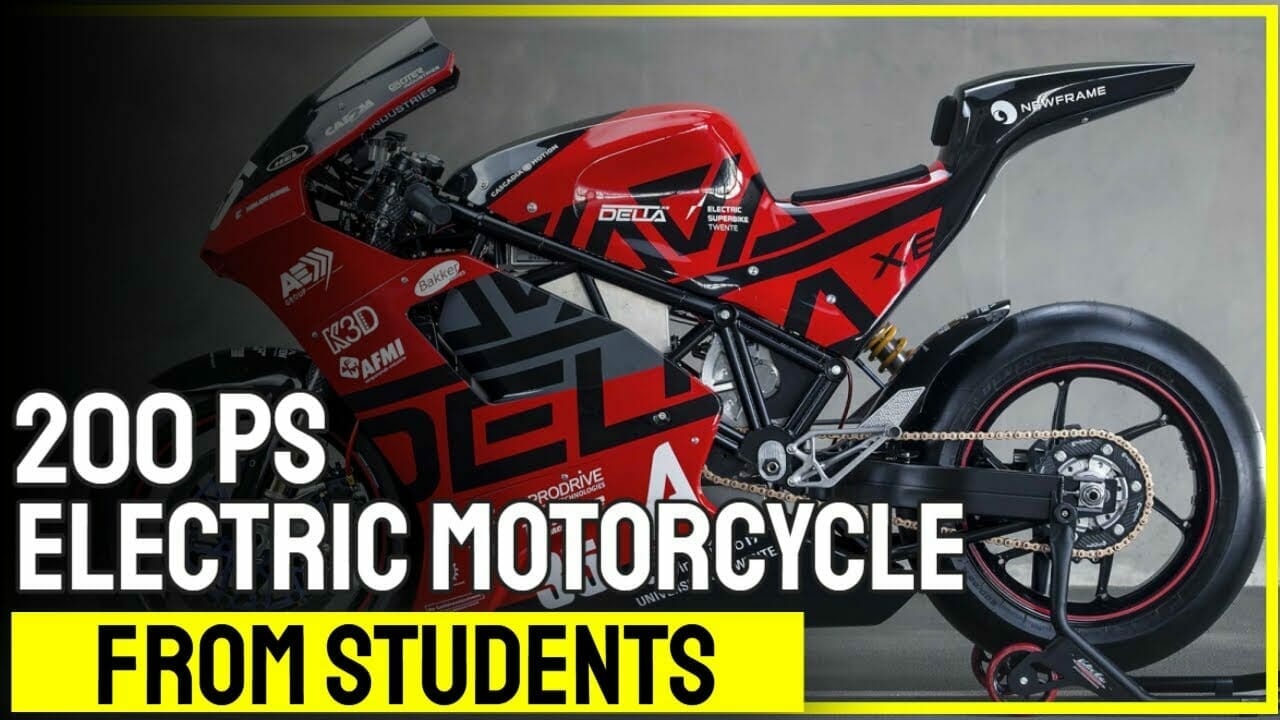 Students from the University of Twente presented the fourth evolutionary stage of their electric superbike project. The Delta-XE will later compete in its own racing series for electric motorcycles.

The pure performance data are extremely impressive. The electric motor is said to produce 150 kW or just under 204 PS. The maximum torque of the motor is stated at 170 Nm, but 800 Nm is then supposed to be available at the rear wheel. The top speed is around 300 km/h and the Delta-XE can sprint from a standstill to 100 km/h in under three seconds.

The battery alone weighs 80 kg. A lithium-polymer battery with 13.5 kWh and 800-volt technology is used. In total, however, the motorcycle is said to weigh only 220 kg.

The electric motorcycle uses a trellis frame and a swingarm from the Dutch company Bakker. The upside-down fork is equipped with a Cartrige system from Öhlins. The stanchions are made of carbon reinforced with ceramic. Öhlins was also used for the shock absorber. It is a TTX GP shock absorber.

The brakes were made by HEL Performance. These are special brake calipers that were milled from the solid. The 17 inch rims were from Marchesini and PVM. An aluminum wheel was chosen for the front, while a magnesium rim from PVM was used for the rear.