The Panigale has already been fitted with a new chassis.  The swingarm pivot point has been moved up there by 4mm to counteract the sinking tail when accelerating out of corners ( in lean position).  The chassis is now also used in the Streetfighter.  The slightly softer springs have also been adopted.

On the Streetfighter V4, the fully adjustable suspension is from Showa (front) and Sachs (rear).  The V4 S and V4 SP2 continue to be equipped with the Öhlins semi-active suspension elements. The lithium-ion battery, previously reserved for the SP2 version, is now factory fitted to the S version as well.

The 2023 Streetfighter V4s get retuned Evo 2 level assistance systems.  The traction control, engine brake control, wheelie control, quickshifter and damping on the semi-active suspension (V4 S and V4 SP2) have been revised.  The fan control also got an update, which is supposed to provide a higher “thermal comfort” for the driver.

Otherwise, the Streetfighter models have been slightly revised in appearance, which is limited to changed lettering. In the future, the V4 S will be available in the new and described as somber color scheme “Grey Nero”.

The V4 and V4 S will be available at dealers from February 2023, with the V4 SP2 following in March. 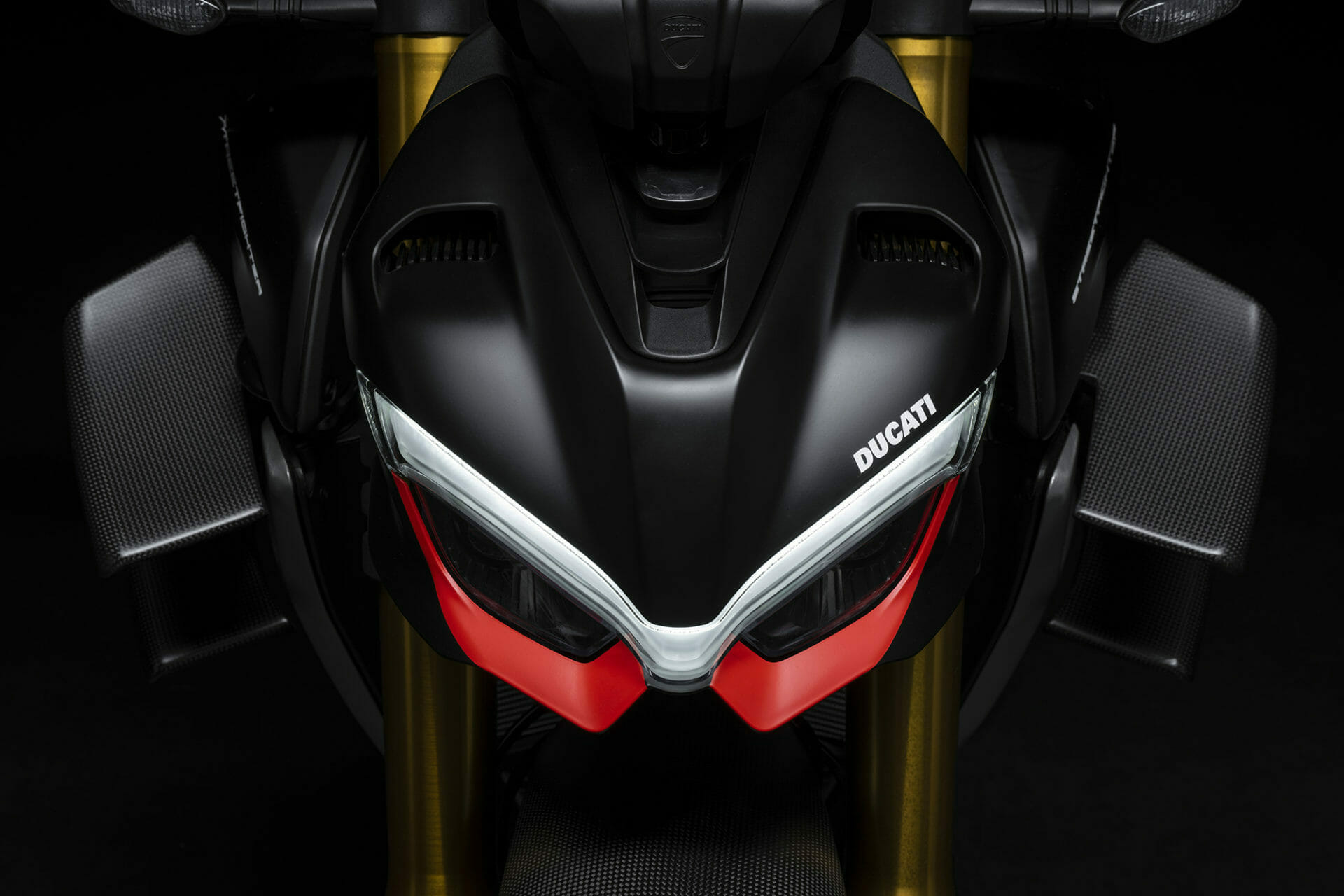