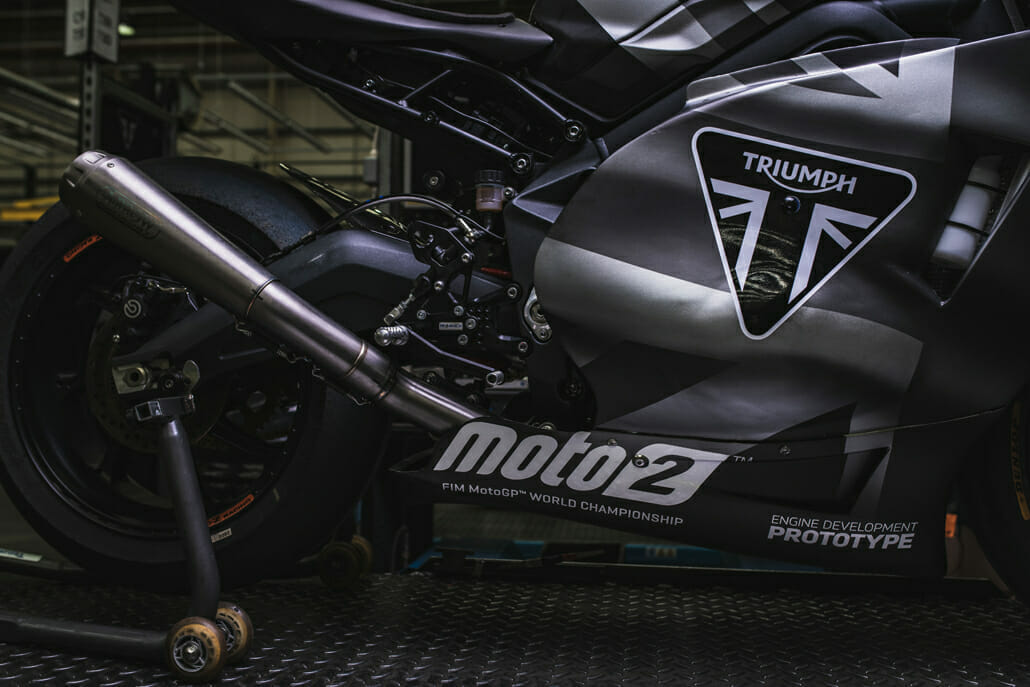 Triumph has announced it will supply a revised engine for the Moto2 World Championship in 2023.  It is said to be more stable in addition to increased power.

Triumph also released a video teaser on YouTube with the announcement.  In the video, they talk about the 765 cc triple getting a 5 horsepower increase, revving 400 rpm higher, increasing cylinder pressure and using a higher compression ratio.  The engine gets revised pistons, conrods, cylinder head, camshaft profiles and valves.

The goal is to achieve higher lap times, improved acceleration and maximum utilization of the transmission for better overtaking.

“Since the beginning of the Triumph era in Moto2, we have been very satisfied with the performance and reliability of the Triumph 765cc Triple and the lap records speak for themselves,” said Carlos Ezpeleta, Managing Director of Dorna Sports. “It’s important that Moto2 is a spectacle in its own right and that it provides a relevant platform to develop the next generation of MotoGP riders and this new announcement of more engine power contributes even more to achieving both of these goals.”