Ducati has unveiled an electronics update for the 2023 Panigale V4 that is designed to offer more performance and greater comfort.

The experience gained from racing has been used to further improve the Panigale.  Currently, the Panigale V4, V4 S and V4 SP2 benefit from the updated electronics package.  An improved driving feel and even more performance are to follow.  The update will also be available to owners of the 2022 models from the end of July.

The new Engine Brake Control (EBC) EVO 2 software is said to improve driving stability, precision and directional stability during braking and cornering.  This now also makes it possible to individually select one of the three engine brake stages for each gear.  This allows the motorcycle to be adjusted even better to the various race tracks.

The braking process is also divided into different phases.  In the first phase, when there is little load on the rear wheel, a lower engine braking effect is available, and this is then increased as the motorcycle approaches the center of the corner.  The greatest engine braking effect is said to be provided when it is needed most to slow the motorcycle and contribute to a tighter line.

There is a new strategy for Ducati Quick Shift (DQS), which is designed to improve shifting at different throttle positions.  Part throttle and full throttle are taken into account.  Previously, when shifting under partial throttle, the ignition was interrupted.  In the future, the ignition timing will be delayed, which should make the shifting process smoother.

When shifting with the throttle fully open, the ignition interruption will continue to be used.  A smoother application of torque is intended to improve driving stability.

A new fan strategy is intended to improve the management of the operating temperature.  The result should be improved comfort for the driver, even at public road traffic speeds.

Heat build-up after operation on the race track should also be reduced.

Ducati Traction Control (DTC) and the Ride by Wire system also get improvements.  DTC has been improved to control more precisely depending on lean angle.

The revised Ride by Wire is designed to improve the link between the torque requested by the rider and the torque actually provided. 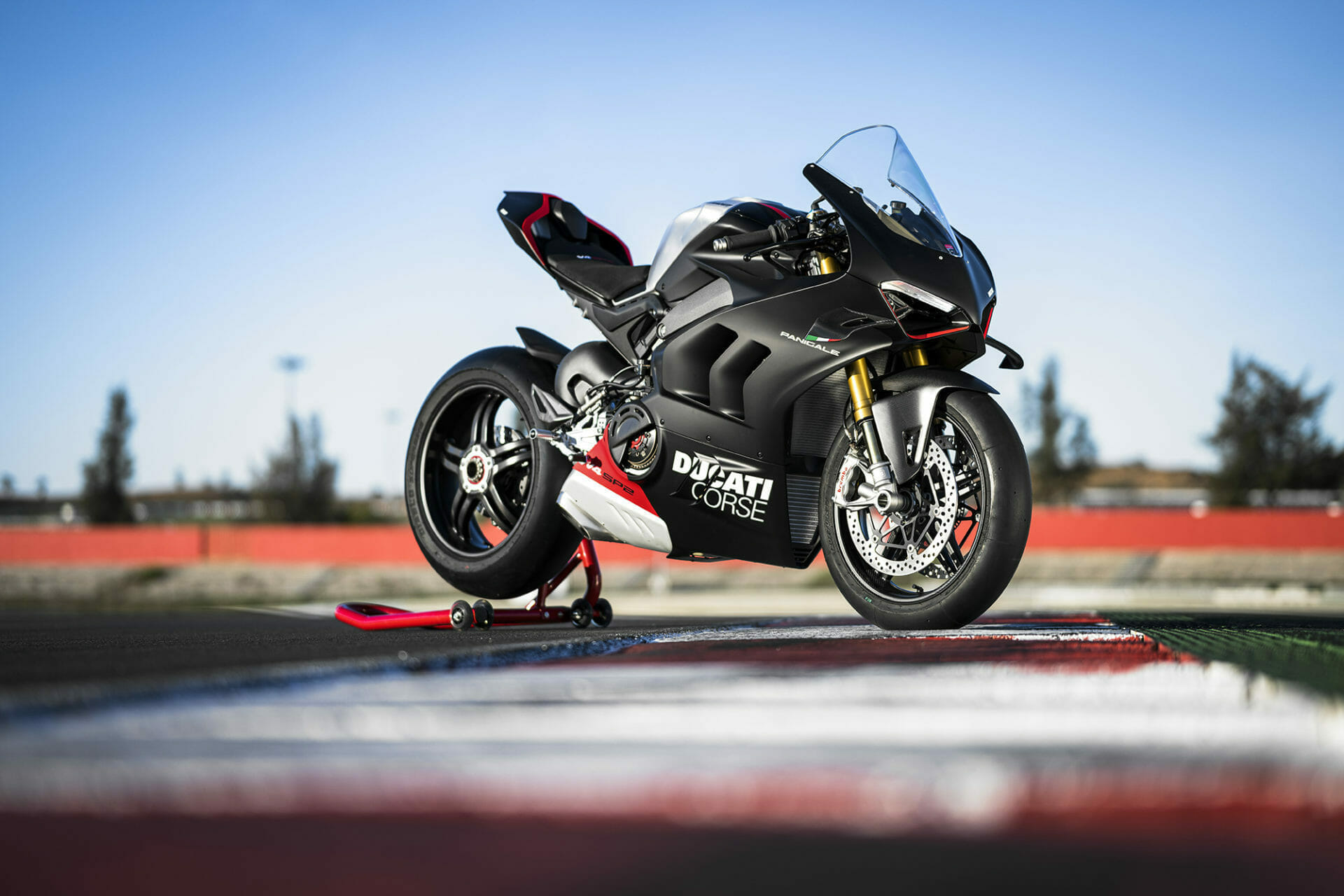