Claudio Domenicali, the CEO of Ducati, confirmed at the beginning of the year that Ducati works on electrically powered vehicles. But that meant not only the pedelec that was already presented at the EICMA last year and can even be purchased by now.

Last week, Ducati announced a partnership with Vmoto. Together they want to build an electrically driven scooter, which should go on sale with a Ducati logo.

An electric motorcycle should of course follow. Designer Aritra Das has some thoughts on that and designed his idea of an electric Ducati. The Ducati Elettrico.

Visually, she orients herself strongly to the Panigale. The rear wheel is in a one-arm swing, a staggered Monoshock provides damping. The mid-engine conventionally drives the rear wheel via a chain drive. Of course, you should not miss the upside-down fork and Brembo brakes. 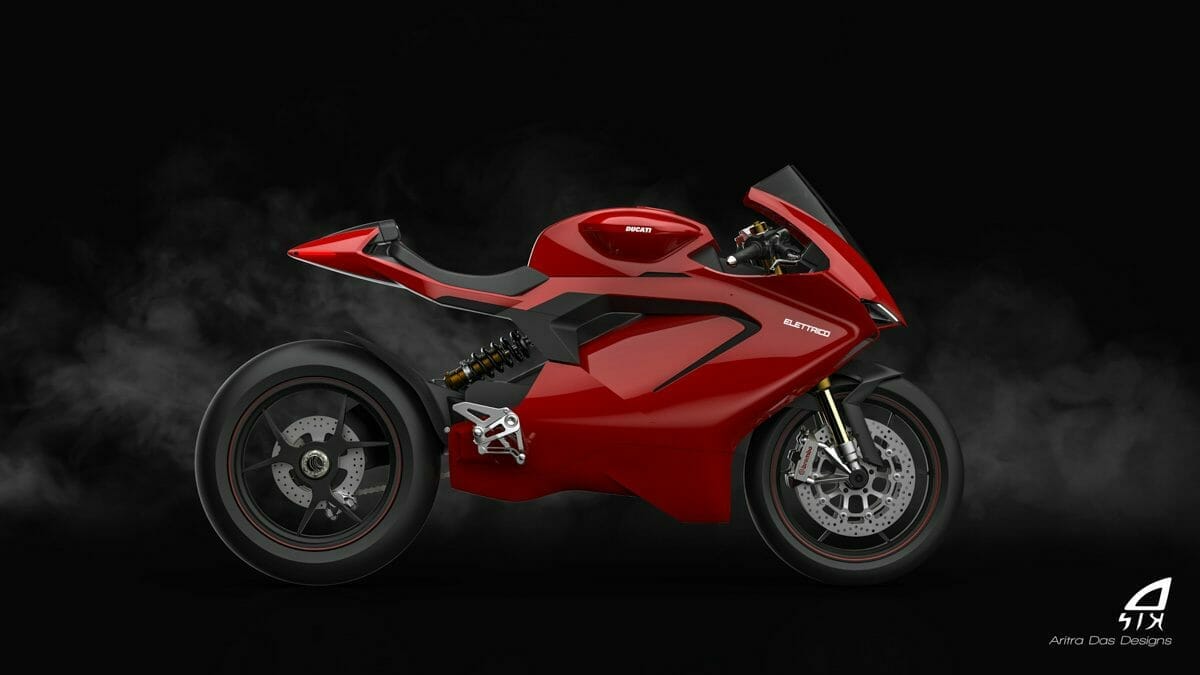