The patent deals with a 847cc three cylinder engine equipped with a turbocharger. The bore of the engine was reduced to 73 mm and the stroke was increased to 67.5 mm. This should produce more torque in the lower speed range, which should make the power output more harmonious. This is made necessary by the peak performance of 180 turbo hp at 8,500 rpm. Due to the high peak power, a high torque is needed in the lower speed range. This is specified with 176.17 Nm.

Also a variable valve control was added to the engine. This should not only improve performance, but also ensure compliance with the increasingly stringent emission regulations.

The data sounds quite exciting and detailed, suggesting that the engine could soon be used in a production motorcycle. 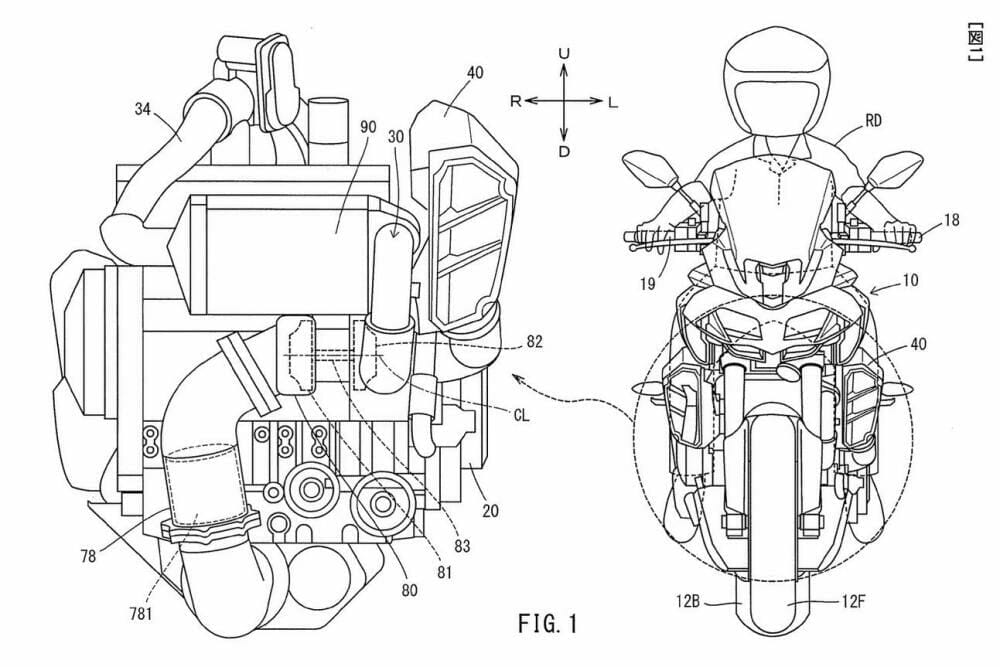