The Chinese motorcycle industry has its own rules, so it is quite normal there for independent engine manufacturers to develop engines that can then be purchased and installed by any motorcycle manufacturer.

The majority of these are single- or two-cylinder engines in the smaller displacement range. Now, however, drawings have turned up of an 800cc four-cylinder that looks very similar to a modern sports engine.

Several models could be developed around the engine

The engine was designed by Wuyi Weisenke Power Technology. From this company also comes a 400cc Parallel Twin, which is used by several Chinese motorcycle brands. Therefore, it is very likely that there will be several companies that will bring motorcycles on the market again, which have built their bikes around the engine.

The engine is called VKS800, which indicates the 800cc displacement. It is a modern DOHC four cylinder with fuel injection, which should easily exceed the 100 HP mark.

Similarities exist, but no copy

The engine seems to be based on the CB650 engine, as the water pump and also the engine mounts were arranged according to the Honda design. However, it is not a direct copy.

Chinese companies would be able to offer very cheap motorcycles based on the same components. 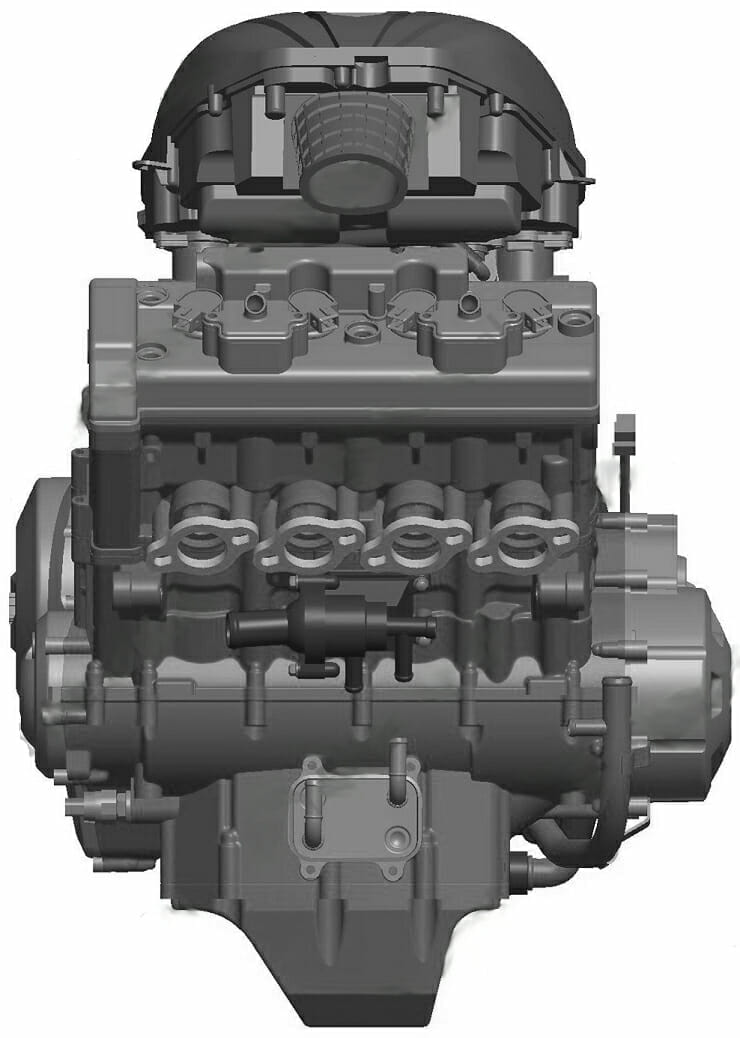