After the merger of Kawasaki and Bimota, the first joint project was presented at the Eicma, the Tesi H2. It is based on the Kawasaki H2, but is equipped with the steering knuckle of the Tesi models.

The Tesi layout was developed by designer Pierlugi Marconi. The Tesi 1D was launched in 1990. It should prove the thesis (hence the name) that one get better driveability with the steering knuckle. The design of the front swingarm should separate the braking forces from the damping forces. They also wanted to eliminate a constant change in geometry caused by a submerged telescopic fork. However, the system never prevailed and it remained an exotic one.

Since the Tesi H2 uses the motor and the compressor of the Kawasaki H2, it was clear in which direction the performance data will go. However, since Kawa offers the H2 model from just under 200 to over 300 hp (H2 SX, Z H2, H2 & H2R), it was still unclear how extreme the Bimota Tesi H2 will be.

According to a leak, the power should be 170 kW or 228 hp. It is therefore at the same level of performance as the motor dispenser, i.e. the H2 from year of construction 2019. Before that, the performance of the H2 was 202 hp. The revs at which this power is achieved is also identical (11,500 rpm). The engine appears to built in untouched in the chassis of the Tesi H2.

From the 238 kg of the H2, 214 kg remain in the Tesi. This is partly achieved by using a carbon fairing. The wheelbase of the Bimota version should be 10 mm shorter, but the machine should be 20 mm higher.

The data have not yet been officially confirmed. 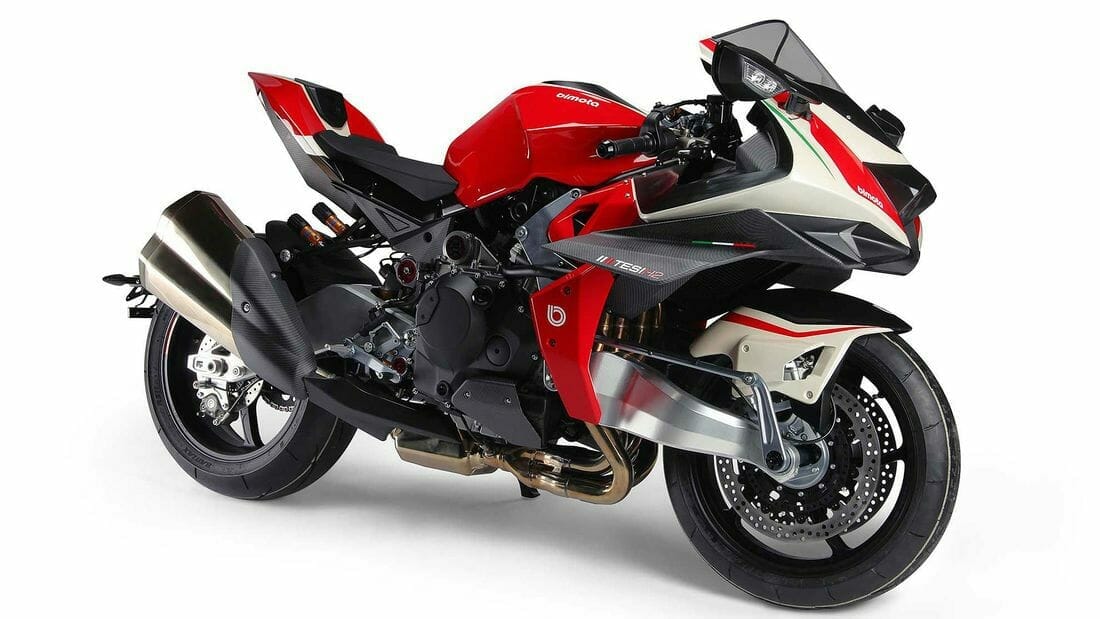