Land speed record holder Zef Eisenberg was killed last Thursday in an accident during an attempt to set a record at Elvington airfield near York. He participated in an event where record attempts on two and four wheels were held.

Eisenberg founded the sports nutrition company Maximuscle and regularly took part in speed competitions for motorcycles or cars. His fatal accident occurred in a heavily modified Porsche from his racing team MadMax, which already reached speeds of over 210 mph (338 km/h).

At the same airfield, the millionaire had a serious accident in 2016 in which he broke his pelvis and 10 other bones.

Eisenberg set the record for the “flying mile” and held the speed record of 363 km/h, which he set with a turbine motorcycle. He leaves behind his partner Mirella D`Antonio and two children.

Rest in peace, Ride in Paradise. My condolences to the bereaved 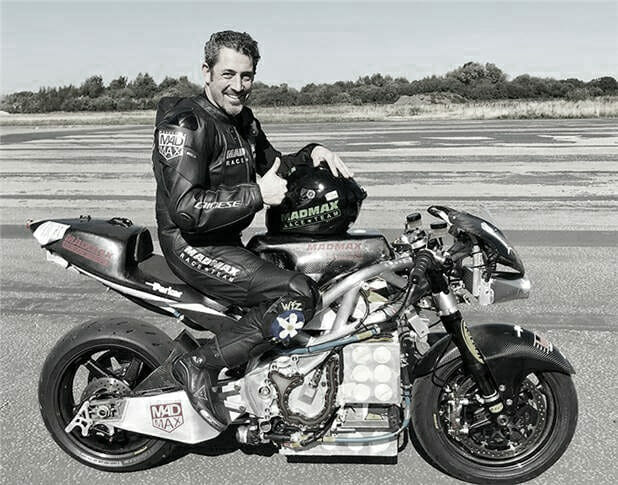