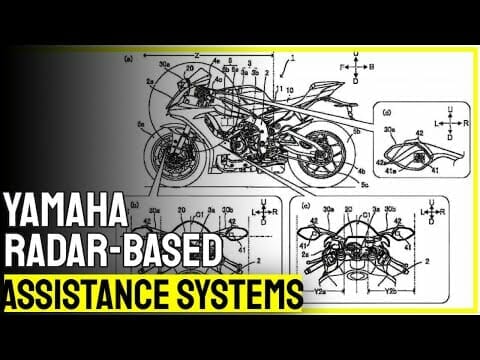 Ducati, KTM and BMW have already installed their systems in the first models, Kawasaki and Piaggio (Aprilia and Moto Guzzi) have already announced them.

Patent applications from Japan now show that Yamaha is also developing corresponding systems. They are relying on sensors at the front and rear to monitor the motorcycle’s surroundings. According to the drawings, however, the system will not only be used for automated cruise control. If there is a possibility of a collision, a warning message is displayed in the mirrors.

In addition to various symbols to indicate different things, LEDs in the upper mirror area can also flash in different colors to indicate a dangerous situation more discreetly or more penetratingly.