Yamaha has introduced the new R1 & R1M model year 2020. It continues to be powered by a crossplane engine. This has been further developed and meets Euro5. The look Yamaha describes as a “radical racing look in the new MotoGP styling”.

The model was inspired by the YZR-M1 from the MotoGP, which is reflected in the aggressively designed front fairing and the windshield. The side panels flow seamlessly into the tank unit. Aerodynamically, the redesigned fairing improved efficiency by more than 5%, resulting in higher top speed.

Behind the front panel, a new aluminum air duct has been installed, resulting in a higher rigidity in this area. The lower part of the fairing, which covers the exhaust system, is made of titanium.

The new radical look is underlined by the redesigned LED headlights and the revised LED position lights.

The engine of the new R1

The new engine meets Euro5. It has a capacity of 998cc and makes 147 kW and 200 hp. The sophisticated crossplane engine is designed to meet a consistently high level of improved performance.

The intake and cylinder head have been redesigned. The injectors were repositioned. Closer to the combustion chambers were the throttle valves, Bosch injectors are now above the throttle body.

The new 10-hole injectors bring the fuel directly into the combustion chambers, the spray angle was wider at 21.5 degrees, which increases the combustion efficiency.

Enlarged were the oil holes of the crankshaft, as well as the crankshaft bearings. The oil pump itself has been made 10% more compact.

The new model also uses an electronic throttle control. To save weight and improve the response, a new APSG system (new throttle grip position sensor) was installed. A magnet and a sensor sends signals to the YCC-T. The APSG unit is intended to transmit a natural and progressive feeling to the driver.

The fork has been changed to give better feedback. New damping valves are arranged in laminate form. That, a slightly reduced fork spring rate and a revised fork oil level, should provide even more accurate feedback.

The steering damper has been modified. The strut in the setting revised.

The new brake control system (BC) offers two ABS modes. BC1 offers a fixed set ABS sensitivity. BC2 has a variable ABS sensitivity that varies depending on the angle of inclination and behavior of the motorcycle. This is to achieve more control when cornering.

The Launch Control System (LCS) has been redesigned to now enable a throttle opening of 41 degrees at 9000 rpm.

All in all, the new R1 offers seven different electronic assistance systems, all of which can be seamlessly integrated into other systems to provide a natural and intuitive driving experience. Everything to get the best possible performance out of the bike.

The Yamaha R1 model 2020 is available from September 2019. The price has not yet been announced.

Also for 2020 there will be the upgraded version, which also forms the basis for the WSBK racing motorcycles. In addition to the innovations of the standard R1 (as described above) benefits the R1M of a number of other exclusive upgrades.

The new model features the new Öhlins ERS NPX gas pressure fork, which uses a smaller gas reservoir integrated into the fork axle mount. By an internal pressure of 0.6 MPa, the gas reduces the cavitation of the fork oil, which is caused by the negative pressure in the rebound stage.

In addition to the carbon fiber cladding and the front wheel cover made of carbon fiber, the rear trim has now also been made from the lightweight material.

Per Apps various settings are possible

With the YRC Setting App, the seven electronic control systems can be adapted. Some systems can also be completely deactivated.

Telemetry recordings and analysis are possible with the Y-TRAC app. Vehicle data can be downloaded to the mobile phone and can be put on a Google Maps picture of the racetrack. Engine speed, tilt angle and G-forces can be analyzed so accurately. 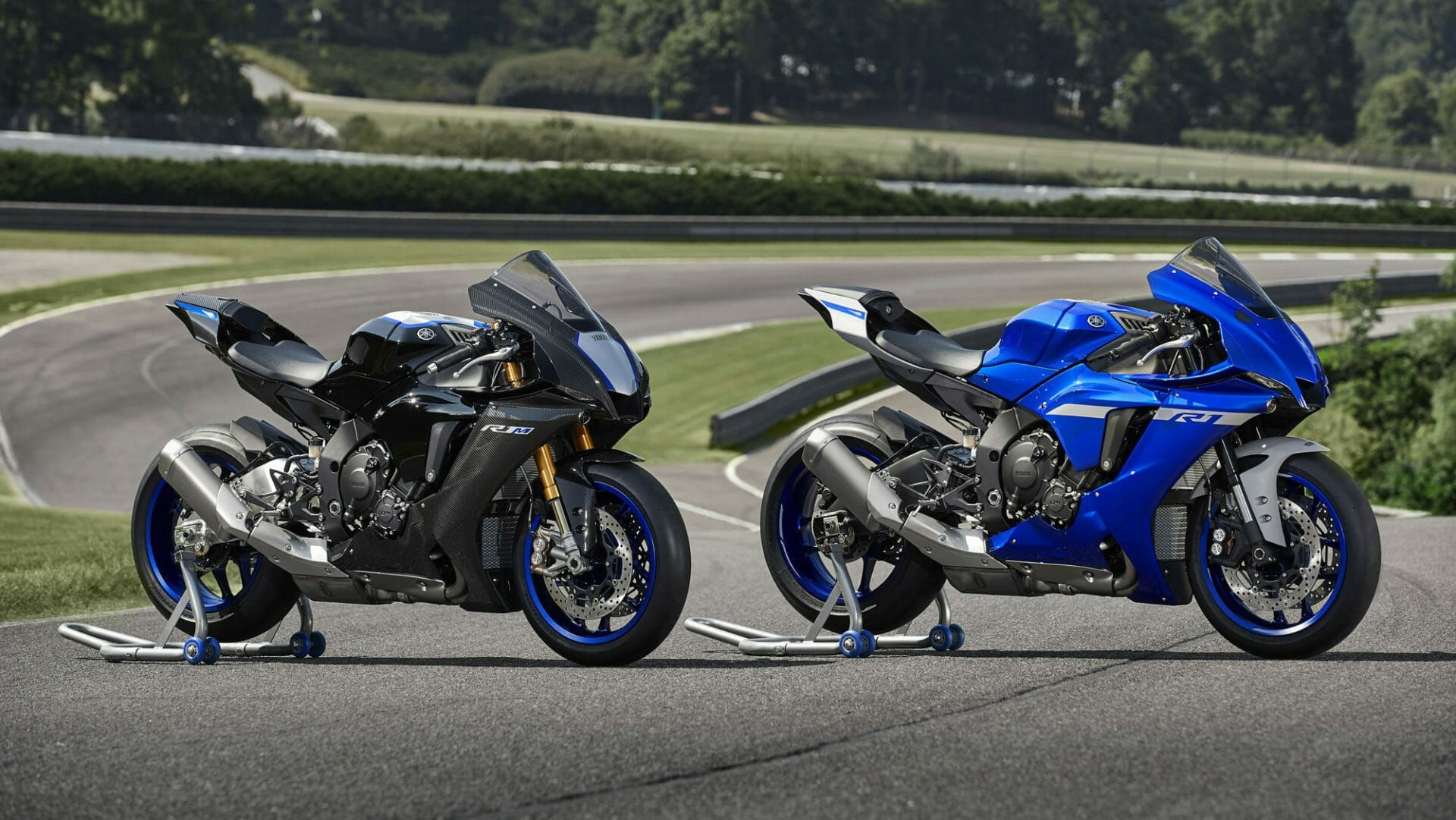