The Piro replica was unveiled at the World SBK in Estoril and is intended to honour the dead racing driver Fabrizio Pirovano. The bike was auctioned on eBay.uk and the proceeds will be donated to charity.

Pirovano won his 10th and last victory in the WorldSBK in Estoril in 1993. In memory of him, the replica R1 was moved across the Portuguese circuit for a lap of honour by Yamaha rider Alessandro Gramigni. Pirovano’s former partner Silvia and his two daughters Michela and Francesca were also present.

“Fabrizio Pirovano was a rider, but more than that, a person who left indelible and special memories in the families of WorldSBK and Yamaha,” said Andrea Dosoli, Road Racing Manager of Yamaha Motor Europe. “Returning to Estoril with Yamaha 27 years after Fabrizio’s last WorldSBK victory was a unique opportunity for us all to remember him.

It was a special celebration, shared with several friends and Fabrizio’s family, confirming how much he was loved. All this made us feel that the ‘King of Monza’ was on our side during the most successful race weekend for Yamaha in recent years.”

The Piro-Replica R1 is based on the Yamaha R1 from 2020 and wears the white, pink and blue of Pirovano’s Yamaha YZF 750 SP with the start number 5.

The bike has now been auctioned off at a price of £25,100. The proceeds will go to the “Fondazione Oncologia Niguarda Onlu”, a charity dedicated to cancer research.

Pirovano died on 12 June 2016 after a long struggle against cancer. 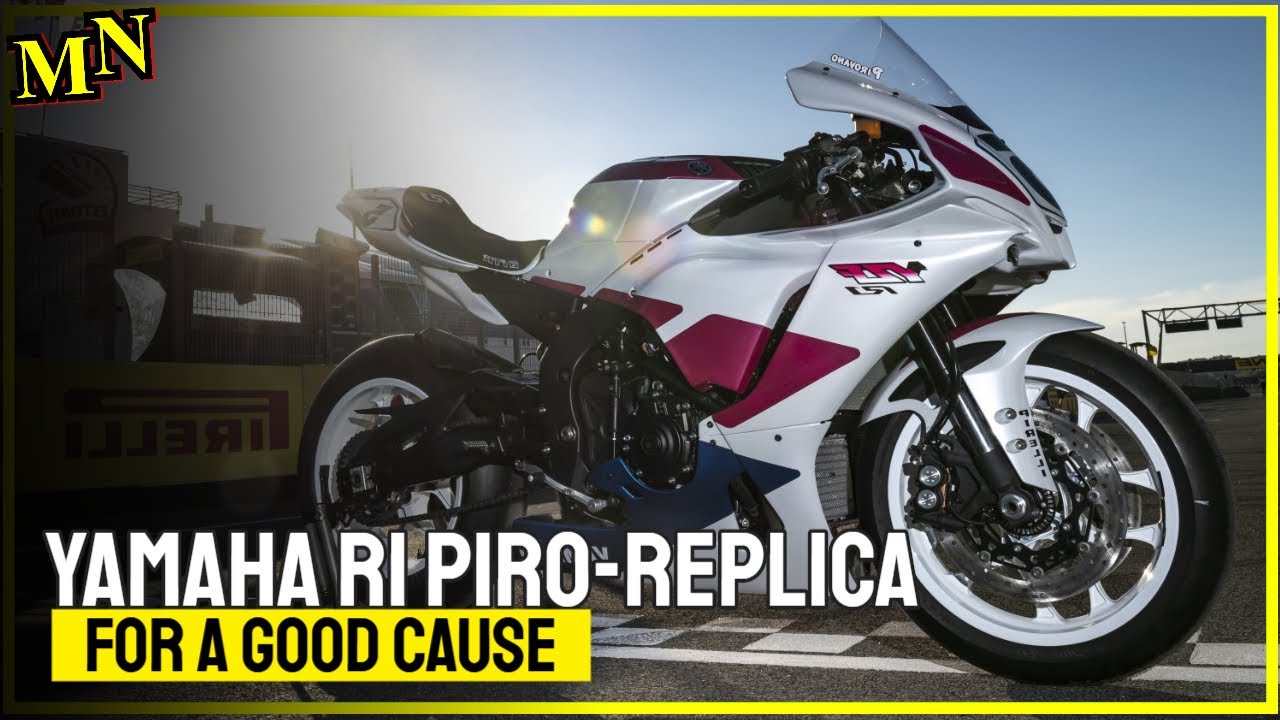