WSBK: Razgatlioglu gets his first win

In today’s World Superbike race at Magny-Cours (France), the Turkey Toprak Razgatlioglu (Puccetti-Kawasaki) started from the 16th place. The weather conditions at the training sessions were not very good, but he was able to show an extremely strong race.

WSBK: Razgatlioglu gets his first win

After the bad conditions on this race weekend, the track was almost completely dry, so that could be started with slicks. Michael van der Mark (Yamaha) attacked early and touched Rea. Rea could prevail and van der Mark lost the second place to Leon Haslam (Kawasaki).

In the second lap Sykes (BMW) took the lead in front of Rea, on three was Davies (Ducati). In lap three, Davies was already at the head of the field, but then lost two positions, he would almost flown with a Highsider. Toprak Razgatlioglu had meanwhile managed to move forward and was already in the lead.

In the fight between Davies and Razgatlioglu for second place Davies misjudged. There was a heavier “touch”, Davies crashed. Razgatlioglu had luck and could continue his race.

In the meantime there were fights between Sykes and Rea. Van der Mark followed in third position.

A little later, van der Mark took the lead and got some advantage. In the pursuit group, Razgatlioglu prevailed against Rea and thus moved to the second position. Baz (Yamaha), who was now in fourth place, could not quite keep up with the pace ahead of him.

Leon Haslam crashed and had to finish the race. Rea accelerated the pace and shortened the gap to van der Mark. Razgatlioglu followed him.

Van der Mark crashed in turn five three laps from the end of the race and Rea took the lead. In the last round the Turk surprised the multiple World Champion and passed him. He took his first win in the WSBK. 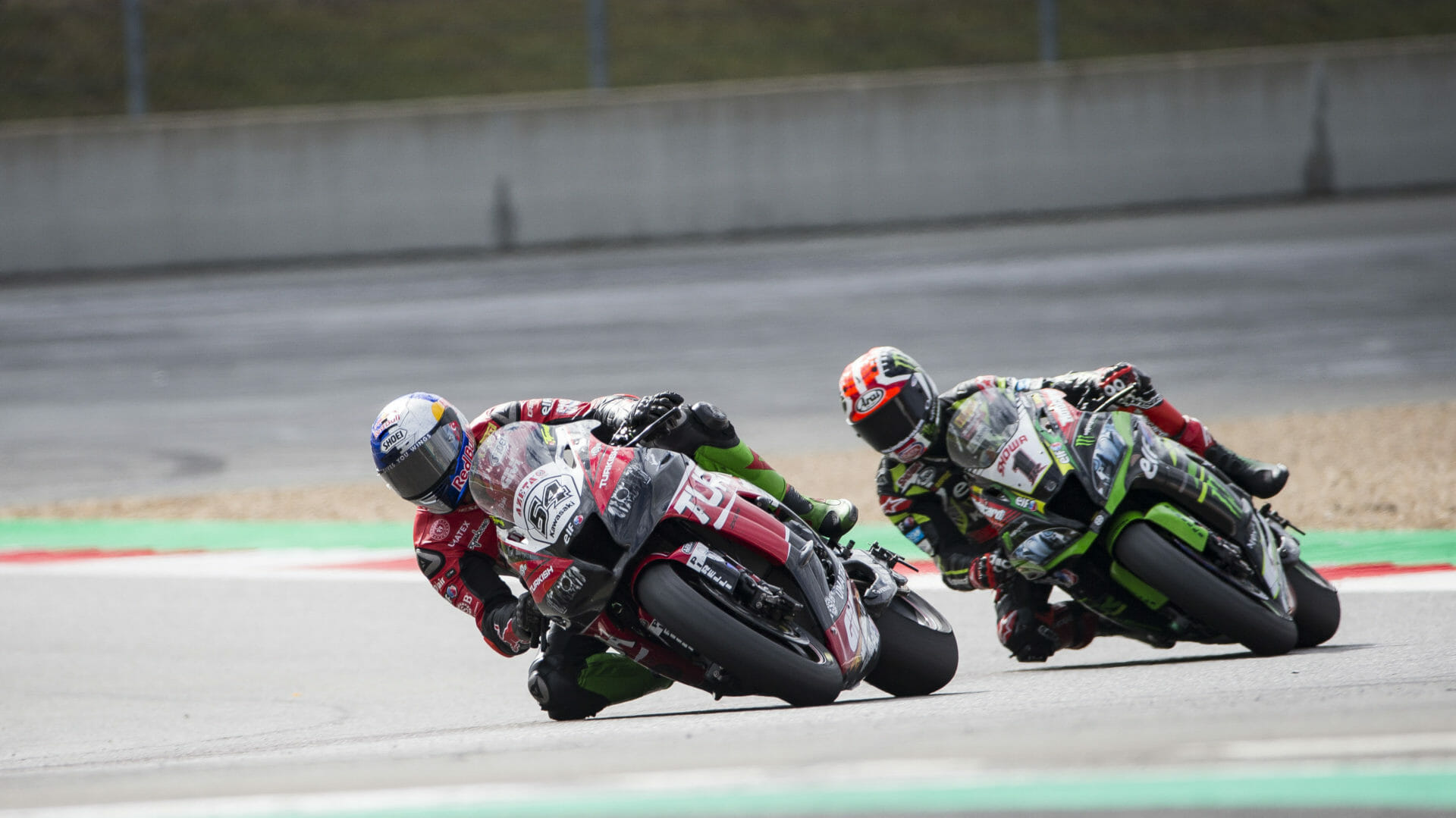