With a Yamaha R1 to the North Pole?

Because he also has to drive over the frozen sea, he will have to make the trip in the coldest time of the year. However, he will not be able to cover the distance to be bridged during one cold season, so the adventure is divided into three sections. This would split the trip over two years.

The greatest danger for the trip is said to be rising temperatures. This could result in drifts of snow or cracks in the ice that could easily swallow the motorcycle. In order to avoid this, Lucassen constantly receives the latest information via satellite.

Since he cannot pack all his equipment on the motorcycle, he will pull a sled with food, tools and camping equipment behind him. A test drive has already been completed. The trip is scheduled to start in January 2021. 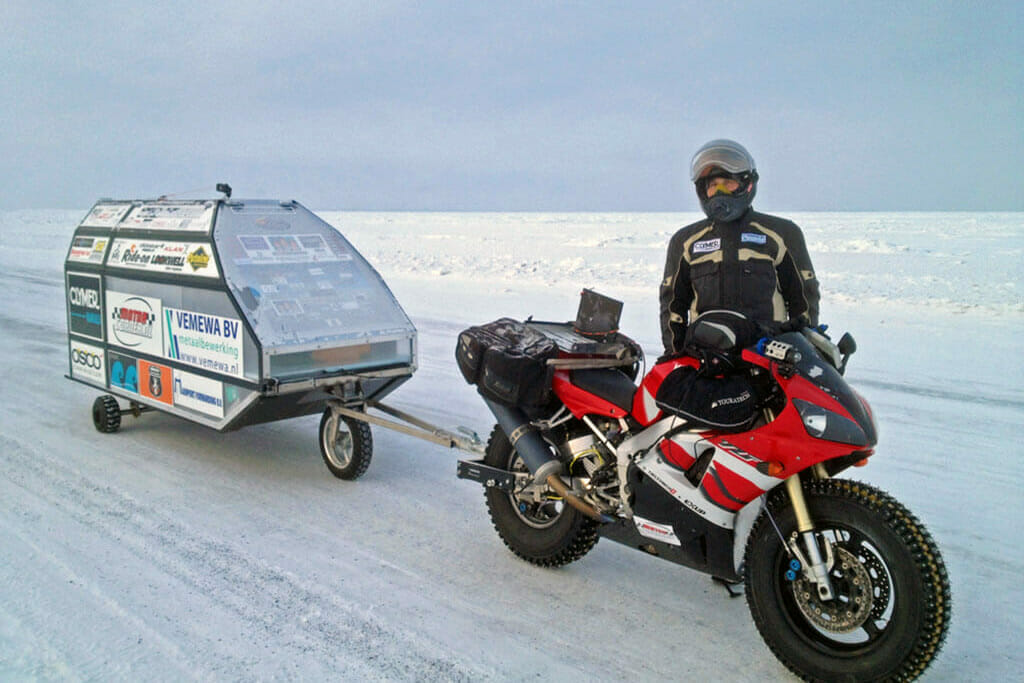