The competition was started with a variety of difrent motorcycles, including turbocharged machines witch reach a maximum speed of over 210 mph (337.962 km/h). Bubbas Indian was largely untouched, only the license plate holder was removed for the event.

As Bubba competed alongside the Indian also with its own turbocharged machine, the possible runs with the Indian were limited. The fastest 1-mile wheelie he managed with 131,137 mph (211 km/h).

Talking about the weekend, Bubba Myers, commented, “This has been a really positive introduction to the FTR. The bike was pretty much standard compared to everything else out there this weekend, so to set the speeds I did shows how much potential there is. The balance of the bike is really good, but I was most impressed by the engine; Its torque is really impressive and within just a couple of passes I was super comfortable with it. We’re pleased to begin the FTR’s story with some records in the bag too. A big thanks to Indian Motorcycle Company for the support, I hope we’re back next year.” 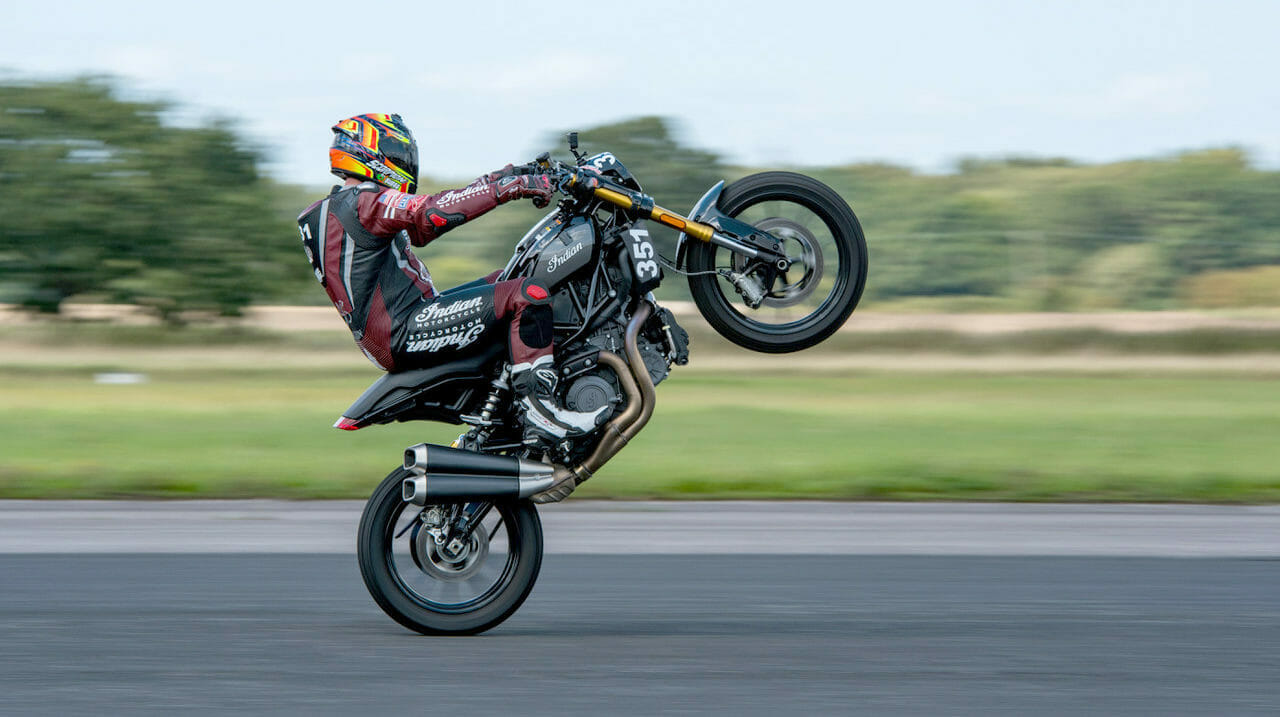