As already reported, Triumph is launching a new model in spring 2020 with the Trident. So far only a concept bike has been shown, which was almost completely in white. Now Triumph has published pictures of the prototype with which the test rides were held.

Instead of the white areas, the entire bike is covered with Triumph logos. Otherwise not much has changed. Mirrors, indicators and a license plate holder, which is attached to the swingarm, were added.

Triumph did not give away any further information, neither about the performance nor the equipment. But they had already announced that the Trident has modern and digital technologies that will be elegantly integrated. These technologies are operated by the buttons on the left handlebar armature.

Still no more details about the equipment or performance.

The frame is a new construction. The engine is a newly developed version of the Triumph Triple engine. No details on displacement or performance have been announced yet. However, the Trident is supposed to be A2-compliant, which means that the maximum power should not exceed 95 hp. Also the price is not yet known, but it is described as “competitive”.

One can expect that the Trident will be presented in its final form shortly and that the data will also be announced. Since the optics are already known, one can be excited in which colors and which designs the Trident will be offered. Here Triumph is still keeping a secret and always comes up with something new for the pictures to make the Trident look interesting without betraying the final design. 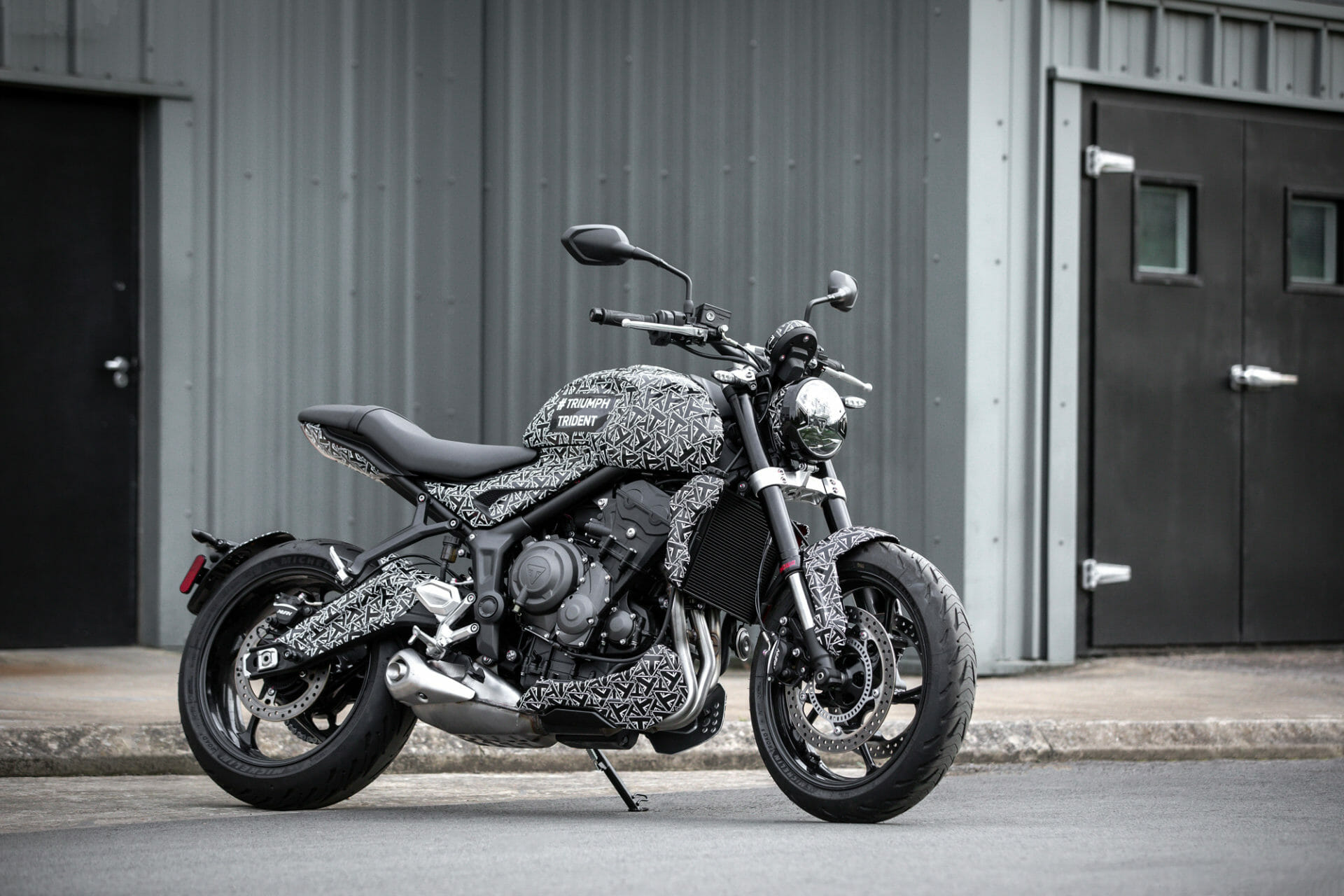