TRIUMPH unveiled the design prototype of a brand new model in the London Design Museum. The new model will be given one of the most legendary names in the history of the traditional British brand, the TRIUMPH Trident was presented.

It is primarily intended to appeal to a new generation of motorcyclists, to set a new benchmark in the category “in terms of equipment and finish” and at the same time offer excellent value for money.

The development goal of the Trident

A dedicated design and development team has created the Trident design prototype, the result of a four-year programme.

Like all new motorcycles and prototypes, the model presented was designed at the company’s UK headquarters in Hinckley. The team was supported by the Italian vehicle designer Rodolfo Frascoli, who was already involved in the development of the Tiger 900.

The aim was to create a distinctive, dynamic and attractive new approach that represents a contemporary interpretation of the typical TRIUMPH style, while at the same time building on well-known strengths and the unmistakable design DNA.

The result was an original British design with a little Italian flair. -A minimalist design language with clear lines and reduced details, but high recognition value. The characteristic tank design, with the indentations for optimised knee closure, gives the Trident the muscular appearance of the Speed Triple.

The integrated technology and engine performance should also match the look to provide an all-round perfect driving experience. They wanted nothing less than to create a new icon.

Also suitable for A2

The Trident is powered by a newly developed version of the TRIUMPH triple motor, which has been specially adapted to the new model and is designed to provide a perfect balance of powerful torque at low speeds and high power in the upper speed range. Exact performance data has not yet been announced, but it should be possible to reduce the power output in accordance with A2. This would mean that the engine would have a maximum of 70 kW in unthrottled condition, that means around 95 PS.

The engine is built into a completely new chassis, which is designed to give the driver an immediate safe driving experience. The sitting posture is natural and upright, so it is rather comfortable. The aim was to enable agile and dynamic handling.

The integration of modern, digital technologies was considered from the very beginning. It was important to incorporate them elegantly and to enable easy operation. Which technologies are involved has not yet been announced, but one speaks of top level equipment.

TRIUMPH Trident will be available from dealers as early as spring 2021. As with the exact dates, there has been no comment on the price so far. However, the Trident is described as a new entry into the three-cylinder roadster product line, which will be launched at a competitive price. It is primarily intended to appeal to a new generation of motorcyclists and offer excellent value for money.

The Trident will go on sale worldwide, further information will be published shortly.

The name Trident refers directly to the triple engine, which is used here for the first time in the roadster segment of the medium displacement category.

The original three-cylinder Trident is a design classic that set a new standard of performance in 1968, winning five victories in a racing form at the Isle of Man TT.

However, the new Trident is not a retro or classic motorcycle

Steve Sargent, Chief Product Officer of TRIUMPH, said: „The Trident “Design Prototype” marks the beginning of an exciting new chapter for TRIUMPH. In a nutshell, the focus has been on fun – from looks to driving experience. With its pure minimalist form, clean lines, TRIUMPH design DNA and more than just a hint of the muscular appeal of our Speed Triple, the concept gives a first exciting look at the whole of the upcoming Trident story. Ultimately our aim was to create a new character and style alongside the ease of use and quality for which Triumph is renowned. And at a price that is truly competitive. 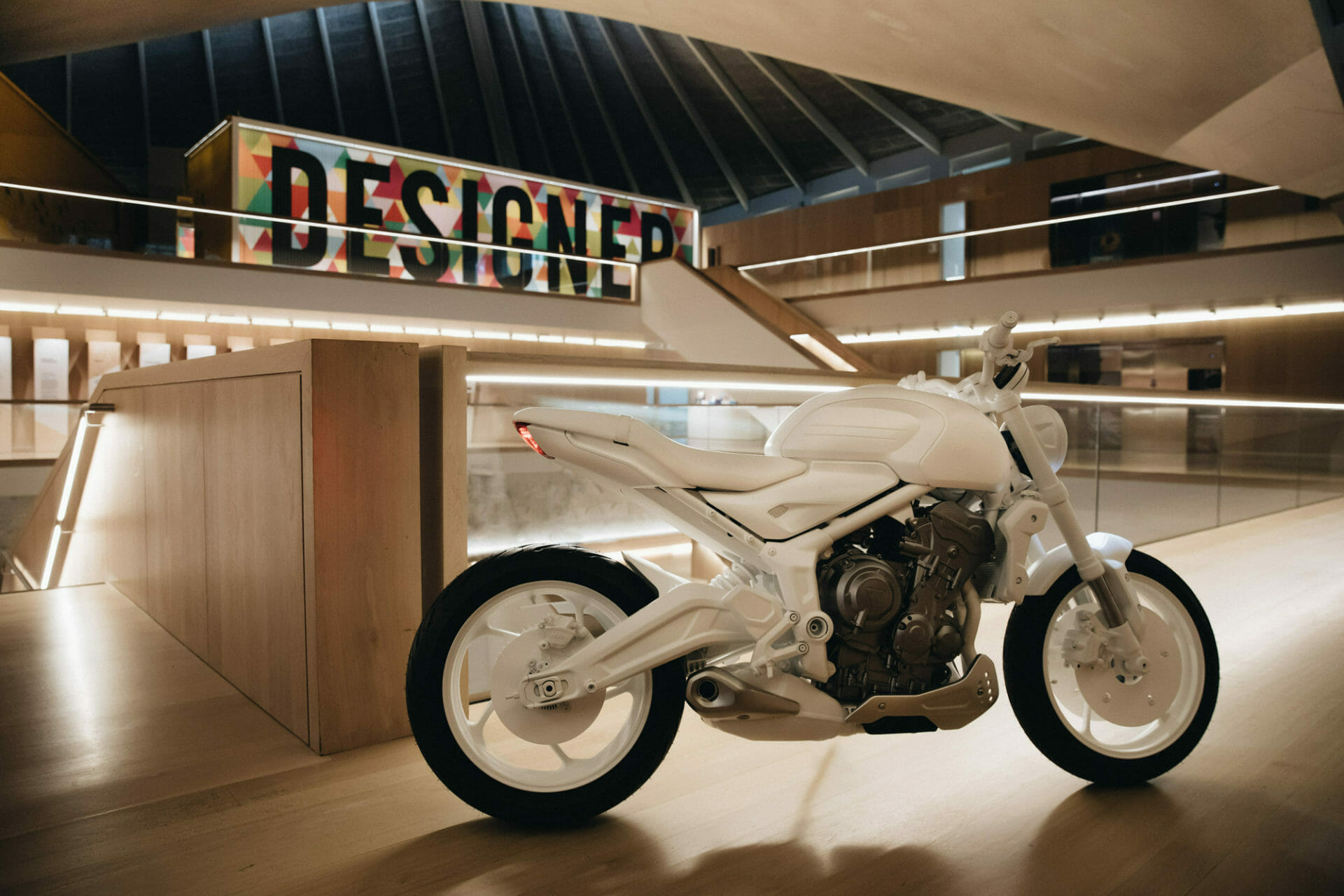