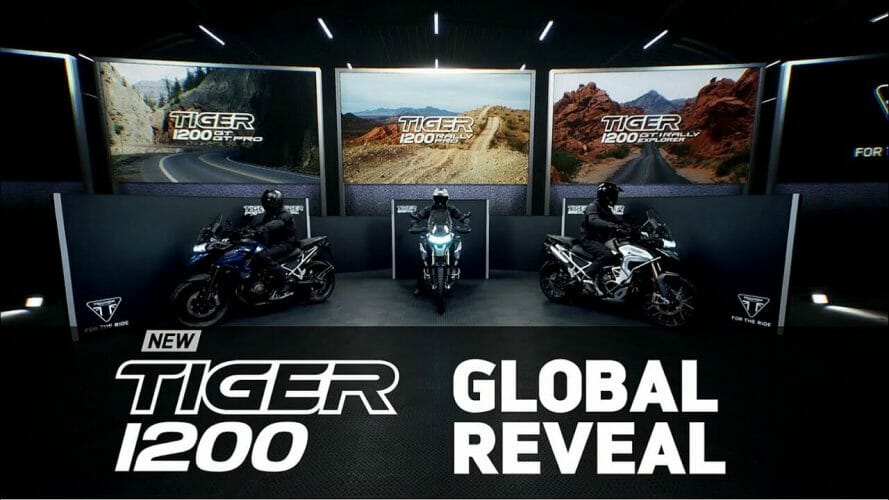 10 min read
Cinema Mode
Triumph has unveiled the Tiger 1200, which is expected to make its mark in the battle for the crown of high-performance adventure bikes. The intention is to offer a new level of performance on the road with dynamic off-road capabilities.

Triumph has unveiled the Tiger 1200, which is expected to make its mark in the battle for the crown of high-performance adventure bikes. The intention is to offer a new level of performance on the road with dynamic off-road capabilities.

In the run-up to the unveiling of the 1200 Tiger, rumors spoke of the engine from the Speed Triple 1200 RR also providing propulsion in the Tiger. The designation 1200, which suggested the displacement, supported the rumor. However, it is a new engine.

The 1,160cc three-cylinder is said to set standards in engine characteristics. It produces 150 PS at 9,000 rpm and 130 Nm at 7,000 rpm. Compared to the previous generation, 9 PS more are available. If you look at the performance of comparable competitor models with shaft drive, the Triumph can punch with 14 hp more power.

The three-cylinder has a T-plane crankshaft with unequal firing order, which is said to provide improved control and very good feel on the throttle at low revs, direct response and optimum feel at mid and higher revs, and thus improved traction, especially off-road.

The Tiger 1200 comes in five different versions, three GT and two Rally models to be exact. The GT models are primarily intended for on-road use and are also equipped accordingly. The cast aluminum wheels have dimensions of 19 and 18 inches. The GT and GT Pro hold 20 liters of fuel, the GT Explorer was equipped with a 30-liter tank.

The two Rally models are supposed to be tailor-made for on- and off-road and get tubeless 21- and 18-inch spoked wheels. Again, the Explorer model (Tiger 1200 Rally Explorer) gets the 30-liter tank.

Triumph can also take the stab at weight. Compared to the previous generation, they were able to save 25 kg. Comparing again with competitors (with comparable equipment), the Tiger is up to 17 kg lighter. The ready-to-ride weight (with 90% tank filling) of the Tiger 1200 is given as 240 – 261 kg, depending on the model (complete list below).

The reduction was made possible, among other things, by a completely new chassis. Lighter is also the new and stronger “Tri-Link” cardan swingarm.

Braking is by Brembo Stylema monobloc calipers. Through the IMU, the ABS takes into account the lean angle of the motorcycle. The traction control is also controlled according to lean angle. Depending on the model, there are up to six different riding modes that can be set via the 7-inch display. The semi-active suspension comes from Showa. It has been tuned for maximum on-road and off-road capability.

Reserved for the two Explorer models is Triumph’s Blind Spot Radar, developed in collaboration with Continental. Blind Spot Assist uses rear-facing radar to warn the rider of vehicles in the blind spot. Should one indicate a lane change but a vehicle is approaching from behind, the driver is warned accordingly.

The keyless-go system includes the steering lock and gas cap in addition to the ignition. Rally models are equipped with adaptive cornering lights, hill start assist and quickshifter including blipper function. Heated grips are already standard on Explorer models, as is the tire pressure monitoring system.

As an option, Triumph offers more than 50 original accessories. These include complete luggage systems, protective components or upgrades for the assistance systems.

The Triumph 1200 models will be available at dealers from April 2022.

The color options for the Tiger 1200 models:

The technical specifications of the new Tiger 1200 model family at a glance: 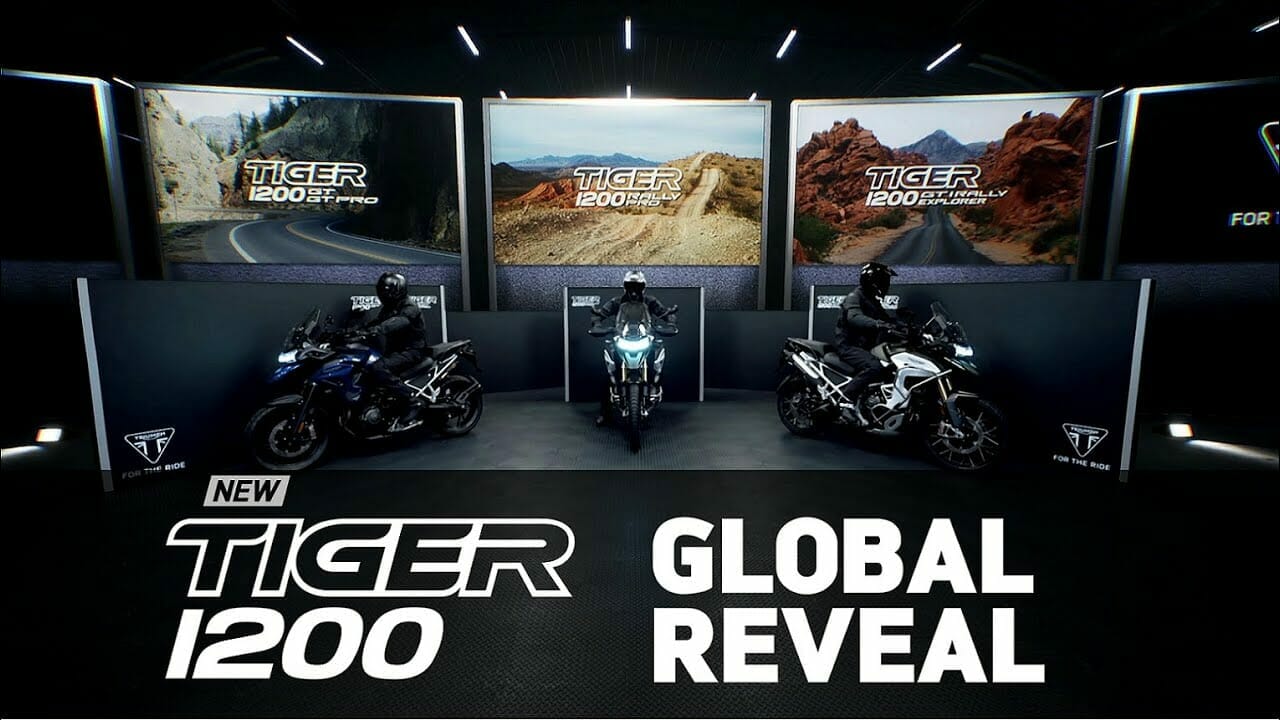