5 min read
The Modern Classics Bonneville range has been extensively revised for the 2021 model year. A total of seven different motorcycles and variants were presented, all of which received improved performance, new equipment details, and new style and character elements.

The Modern Classics Bonneville range has been extensively revised for the 2021 model year. A total of seven different motorcycles and variants were presented, all of which received improved performance, new equipment details, and new style and character elements.

In the Bonneville T120 and T120 Black, the 1,200cc high-torque twin cylinder has been adapted to Euro5. In addition to lower emissions, the engine also benefits from better responsiveness due to the new tuning.

A total of 7kg of weight has been saved, including the new and lightweight aluminum rims. The Brembo double-disc brake system has been updated. These measures result in more dynamic, agile and neutral handling.

A new feature is cruise control, which is now standard equipment. The “Street” and “Rain” driving modes have been revised. The instruments have been redesigned, as have the branding elements. A total of 116 accessories are offered for the Bonneville T120 and T120 Black. 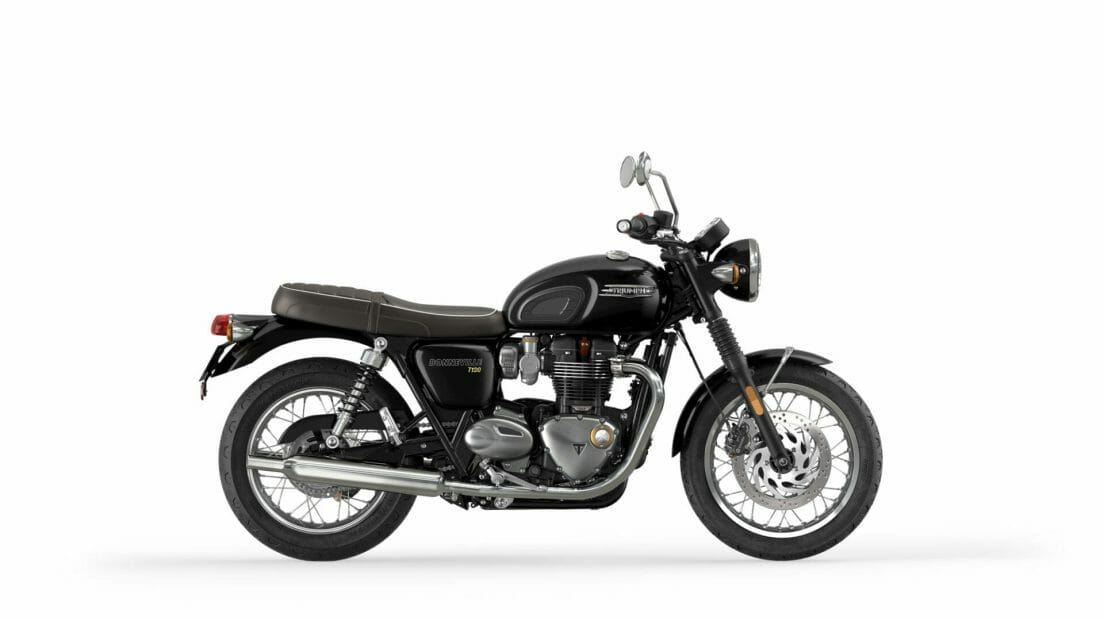 A throttle kit is offered as an option to make the T100 A2-compliant. A new cartridge fork was fitted and more powerful Brembo brakes on the front wheel. In addition, it was possible to save 4 kg in weight. Again, this makes for improved handling.

Engine and camshaft covers are now powder coated in black. The instruments have been renewed. The Triumph catalog has 117 matching accessories in the program. 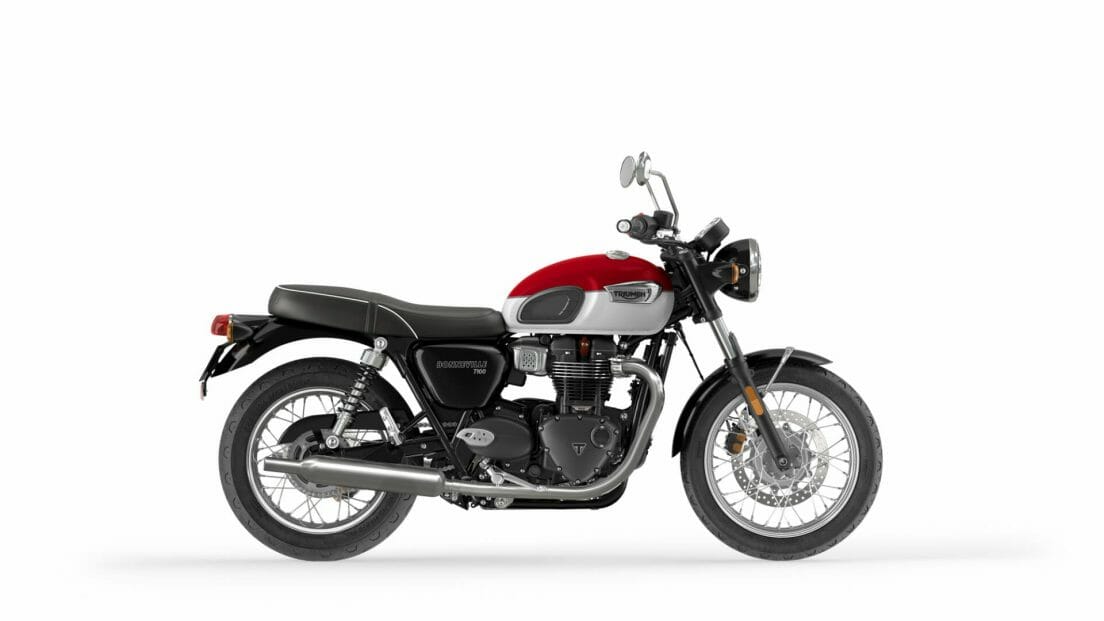 Again, the engine has been revised for Euro5 and an optional A2 throttle kit is offered. The new seat is said to be more comfortable and offers a slightly lower seat height at 765mm. It has been fitted with new cast wheels, which features machined details. The bodywork has also been redesigned and features brushed aluminum details.

Braking is Brembo, it has an LED taillight, two riding modes, ABS and switchable traction control. The Street Twin can be further refined with 120 accessories. 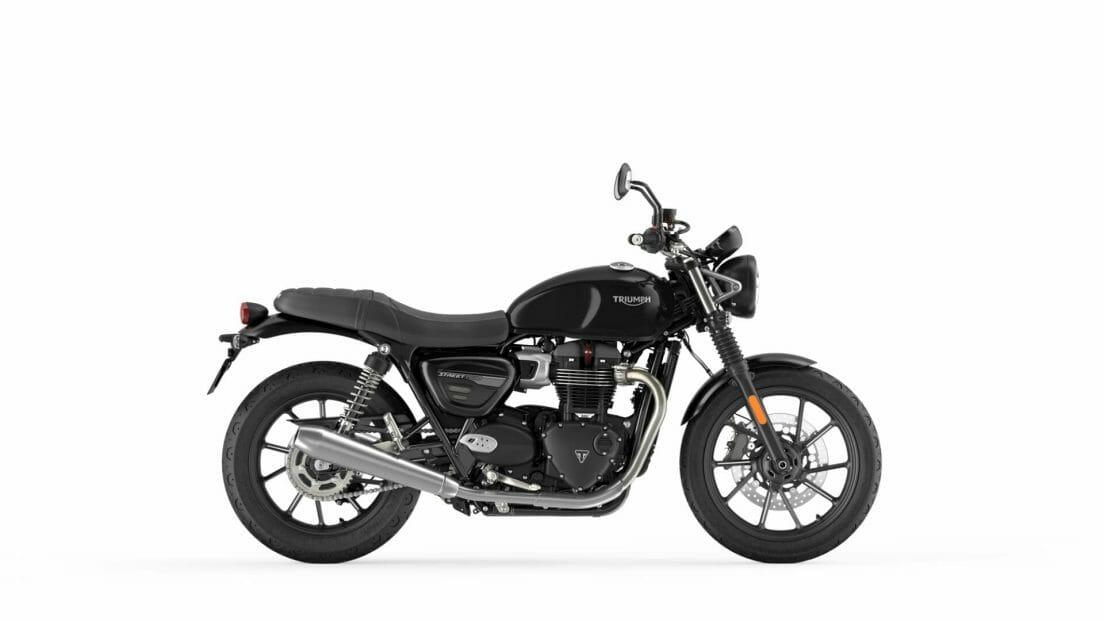 The new Street Twin Gold Line Limited Edition is limited to 1,000 units and each copy comes with a certificate of authenticity. Basically, it’s a hand-finished custom special edition. It comes in a unique Matt Sapphire Black finish, which has been enhanced with hand-painted gold details. The pinstripes were also hand-drawn. 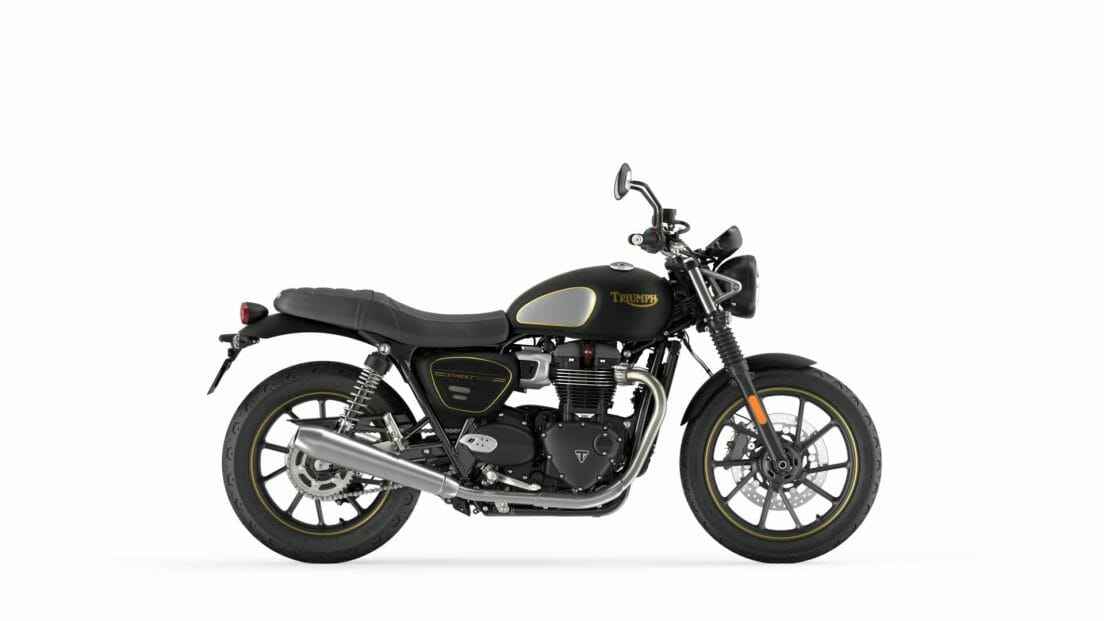 In addition to the Euro5 revisions, a higher-quality Showa 47mm Cartrige fork has been fitted to the Bonneville Speedmaster. Rider and pillion comfort is also said to have been improved. It also gets new instruments and a choice of 79 different accessories. 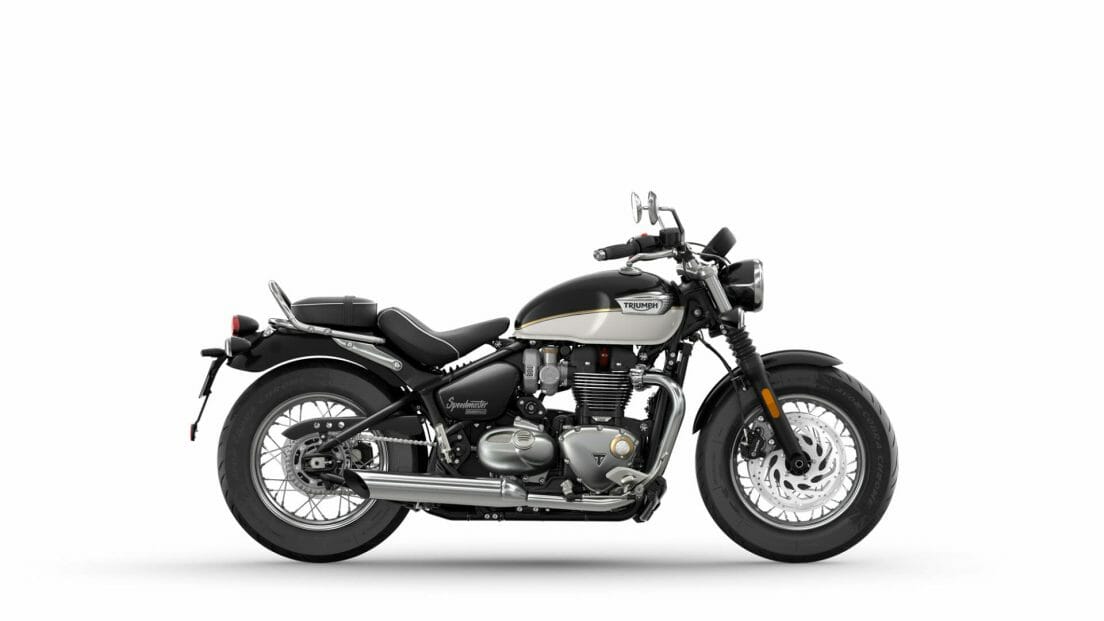 With the Bonneville Bobber the revisions at the engine affect themselves also by a now smaller flywheel mass. The tank was increased to a capacity of 12 liters. Higher-quality Brembo brakes and the Showa fork have also been fitted. The front wheel now comes in 16 inches.

Style and details have been blacked out, and pinion, camshaft and engine covers are now powdercoated black. The Bobber also benefits from the new instrument style and can be customized with 77 accessories. 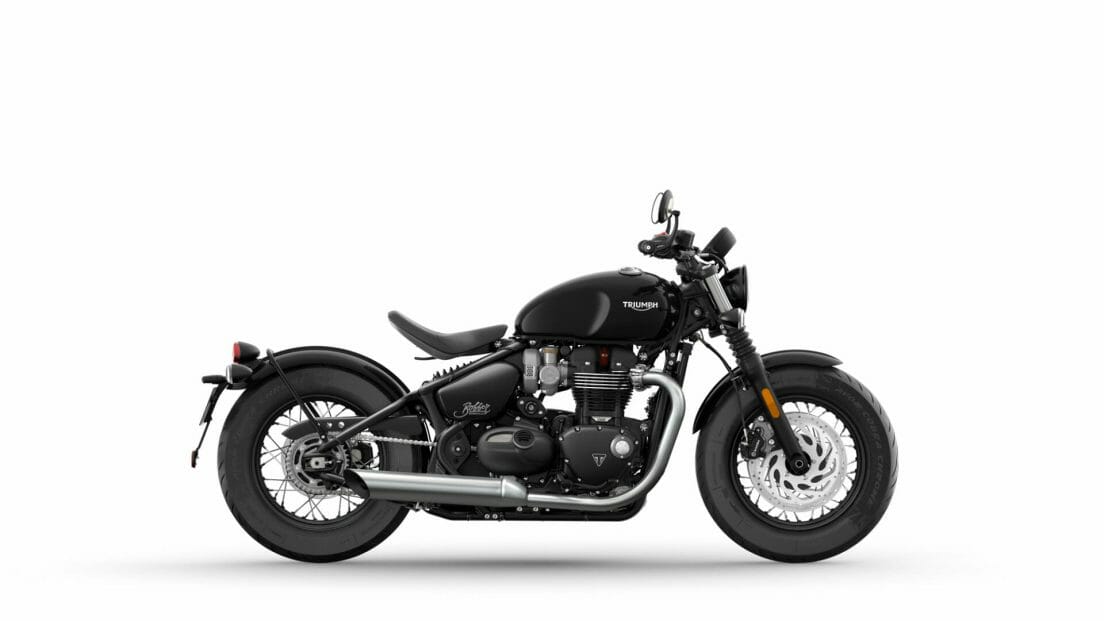 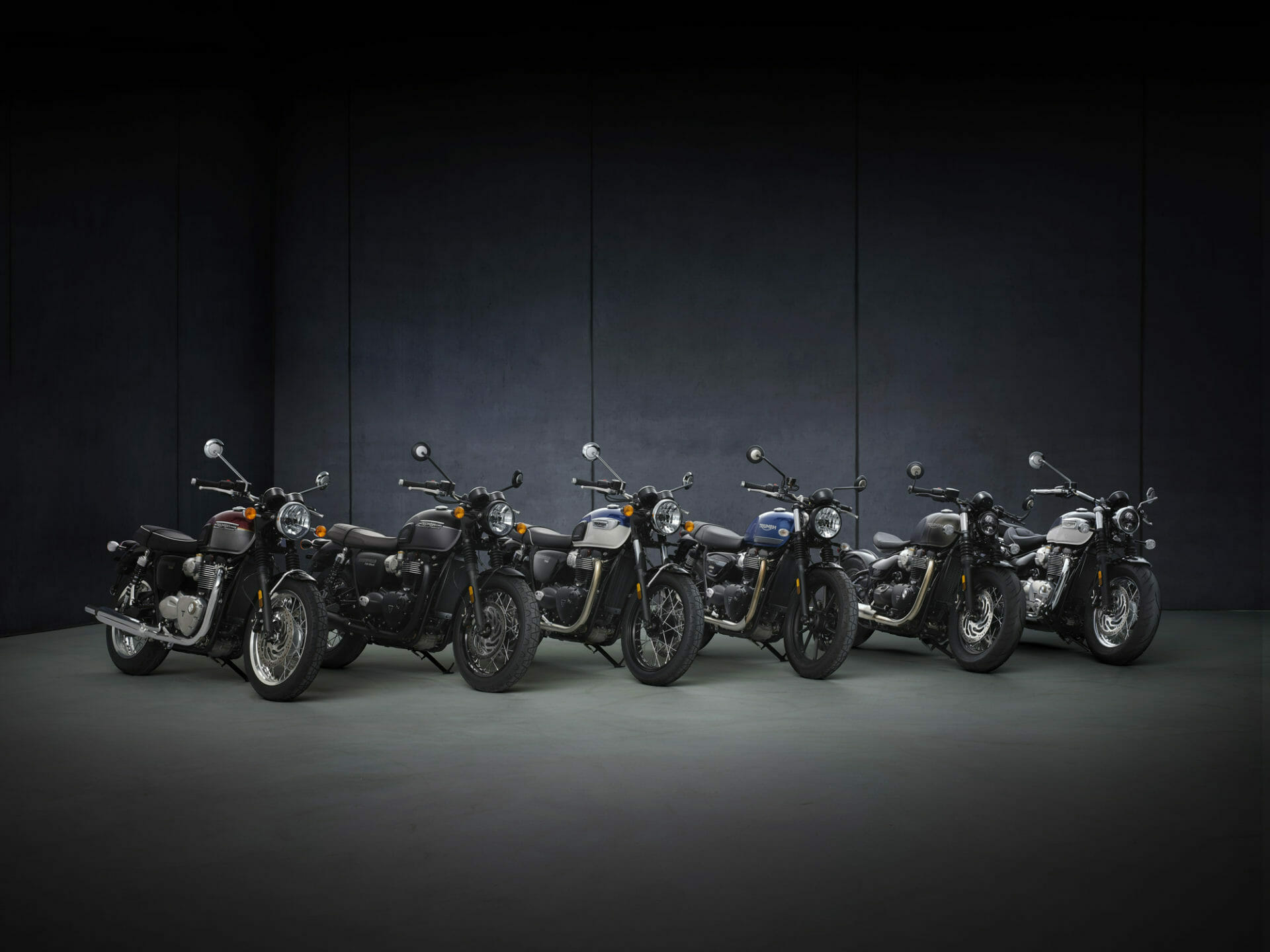