Triumph had already announced the new and limited Daytona. The presentation was now held as part of the Motorcycle Grand Prix at Silverstone.

The new Daytona is strictly limited. 765 pieces are made for the US and Canada, another 765 pieces for Europe, Asia and the rest of the world. A metal plate on the fork bridge will show the serial number of the machine.

The engine is derived from the racing engine of the Moto2

It is a three-cylinder with 765 cc capacity and 130 hp. The titanium intake valves, pistons, piston pins, camshaft profiles, connecting rods, crankshaft and liners are said to have been designed after the racing engine of the Moto2. The compression is 12.9: 1.

Triumph speaks of a noticeable increase in performance over the Street Triple (the engine was the basis for the Moto2-Engine). The ratio of the first gear is now longer. A quickshifter with blipper function (for upshifting and downshifting without a clutch) is standard.

The limited edition model is equipped with high quality components. Braking is done with Stylema radial brake calipers from Brembo. The fork comes from Öhlins. A 43 mm NIX30 fork with 120 mm travel was installed. For the strut, they take the TTX36 with 133 mm travel.

The 17-inch cast wheels are fitted first with Pirelli Diablo Supercorsa SP. The fairing consists for the most part of clear varnished carbon. This keeps the carbon structure visible and protected from harmful UV radiation. Frame and swingarm are anodised.

Settings, driving modes, revs and speed are displayed on a full-color TFT display.

If you want to further customize the Daytona 765, you can using original Triumph accessories. The Triumph Daytona 765 will go on sale in February 2020, but the price has not yet been revealed.

The data at a glance: 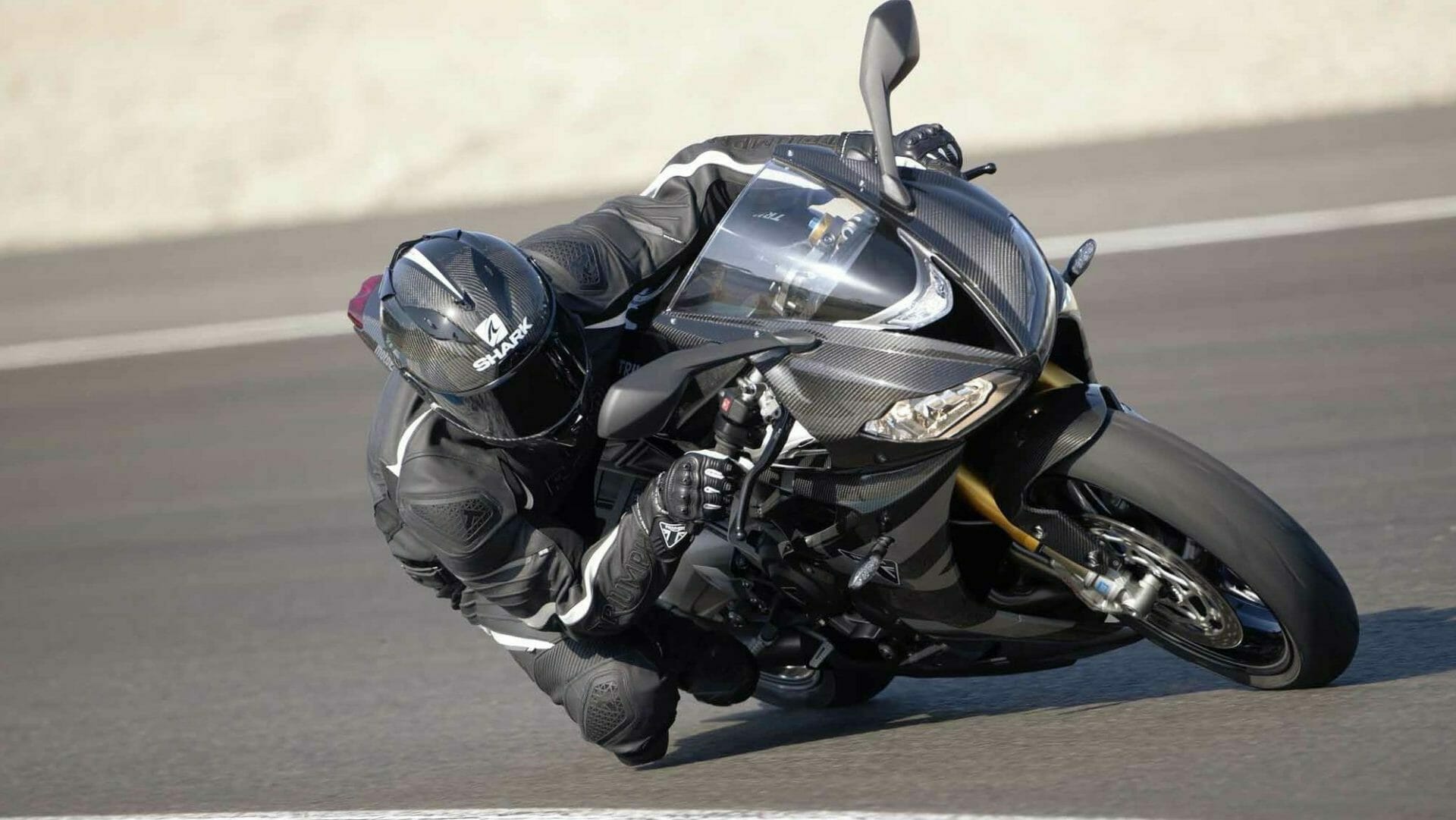