Davey Lambert died after accident on the Isle of Man TT 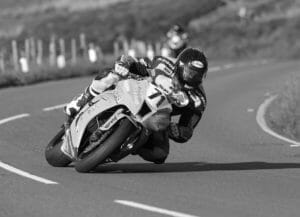 As previously reported, the 48-year-old TT rookie Davey Lambert had an accident last Sunday. In the third round of the Superbike race he crashed at Greeba Castle, was still supplied at the track and then taken to hospital in Liverpool.

He started the TT for the first time, but he had a lot of experience at the Manx-Grad-Prix. (When ManxGP the same route is being driven as in the TT) he had his first start there 2014.

The Briton from Gateshead (County Tyne and Wear) suffered severe internal injuries and succumbed to his injuries on Tuesday evening.

Alan Bonner died after accident on the Isle of Man TT 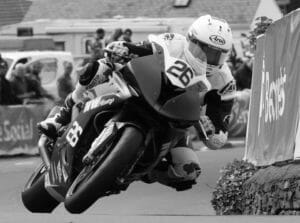 The Irishman Alan Bonner had an accident at the 33rd milestone this afternoon during the qualifying for the SeniorTT. He succumbed to his injuries.

The 33-year-old RoadRacer started the TT for the first time in 2014 and finished 15th in the SeniorTT in 2015. At the Superbike race last Sunday he was 28th and at the Superstock race today he reached the 30th place

He was the fastest Irishman on the Isle of Man TT with a round average of 127,090 mph 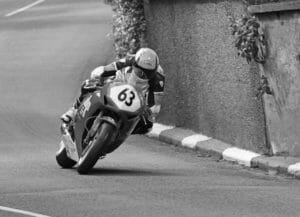 The only 28-year-old Dutchman from Werkendam crashed in today’s Superstock race. The accident occurred at 11th milestone in the first round of the race. He was still treated on the track but succumbed to his injuries.

He made his debut at the Isle of Man TT last year. In his first race, the SuperbikeTT, he became 44th, at the Superstock 34nd and the SeniorTT 36th.

This Sunday he was at the Superbike race 27th.

To the bereaved my condolences.