Krzysztof Kribbeln is a polish customizer with a very large repertoire of very good customizations. Now he has built a Cafe Racer for the first time.

Basis was a Honda CB750 F2 from the nineties. The fuel tank was specially made. It and the seat were mounted parallel to the floor to achieve a distinctive Cafe Racer look. Therefore the rear was lowered by 15mm and a new seat was made. Parts of the iconic Honda CB550F of the 70’s were used to adapt the look accordingly.

The change to spoked wheels proved to be a challenge, as it was extremely difficult to find suitable wheels for the model, which was originally equipped with light alloy rims. The front end is from a Suzuki GSXR600. To complete the improved front suspension a set of Öhlins dampers was mounted at the rear.

The footrests were moved further to the rear. A custom 4-in-1 exhaust system ends in a GPR rear silencer. Finally, the bike was painted in black and yellow and fitted with the name-giving spider. 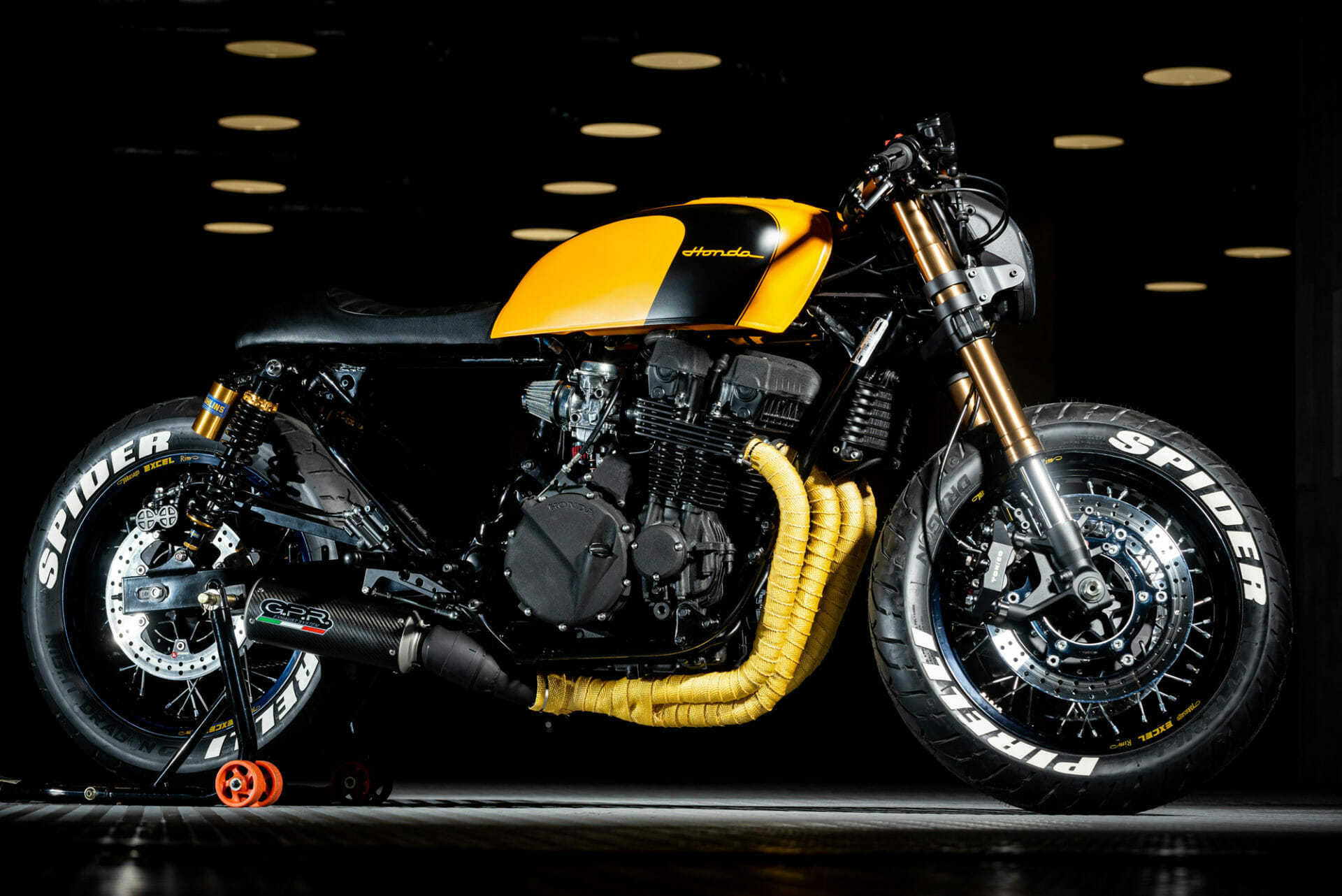