After the long injury break, there was a ray of hope again for Marc Marquez. He started the race from fifth place, which was his best qualifying result since his comeback. However, the chances for his 11th consecutive victory at the Sachsenring were not particularly good. But it wouldn’t be Marc Marquez if he didn’t make the impossible possible.

The race started at just under 30 degrees and cloudy skies. The big question was whether it would start to rain and it could become a flag-to-flag race.

Zarco, who started from pole, could only hold the position for a short time. Aleix Espargaro was able to get through the first corner and take the lead. Marquez had a very good start and was thus able to take second place very early. Already at the end of the first lap, Marquez took the lead.

For a while Marquez and Espargaro fought for the lead, Marquez finally managed to prevail, but could not break away from the field. That changed when the first drops fell on the track and the white flag opened the pit lane for a possible bike change. The field as a whole slowed down, Espargaro dropped back and Marquez was able to pull away a bit.

But it remained a short light rain and a bike change was not necessary. Miller and Oliveira took up the chase. Oliveira took over second place and slowly caught up with Marquez. Quartararo was later able to take over to third, but was already too far behind Oliveira and Marquez.

In the closing stages Oliveira caught up more and more and it seemed like it could come down to a decision on the last lap. Marquez was visibly struggling with his Honda to keep the lap times up. The KTM behind looked much calmer, but in the end Oliveira was content with second place, so that the gap even increased again a little.

Thus Marc Marquez took his first victory after the long injury phase and his comeback. He was visibly exhausted, in a lot of pain, but was also overjoyed. He was overcome by his emotions several times.

The result of the MotoGP at Sachsenring 2021: 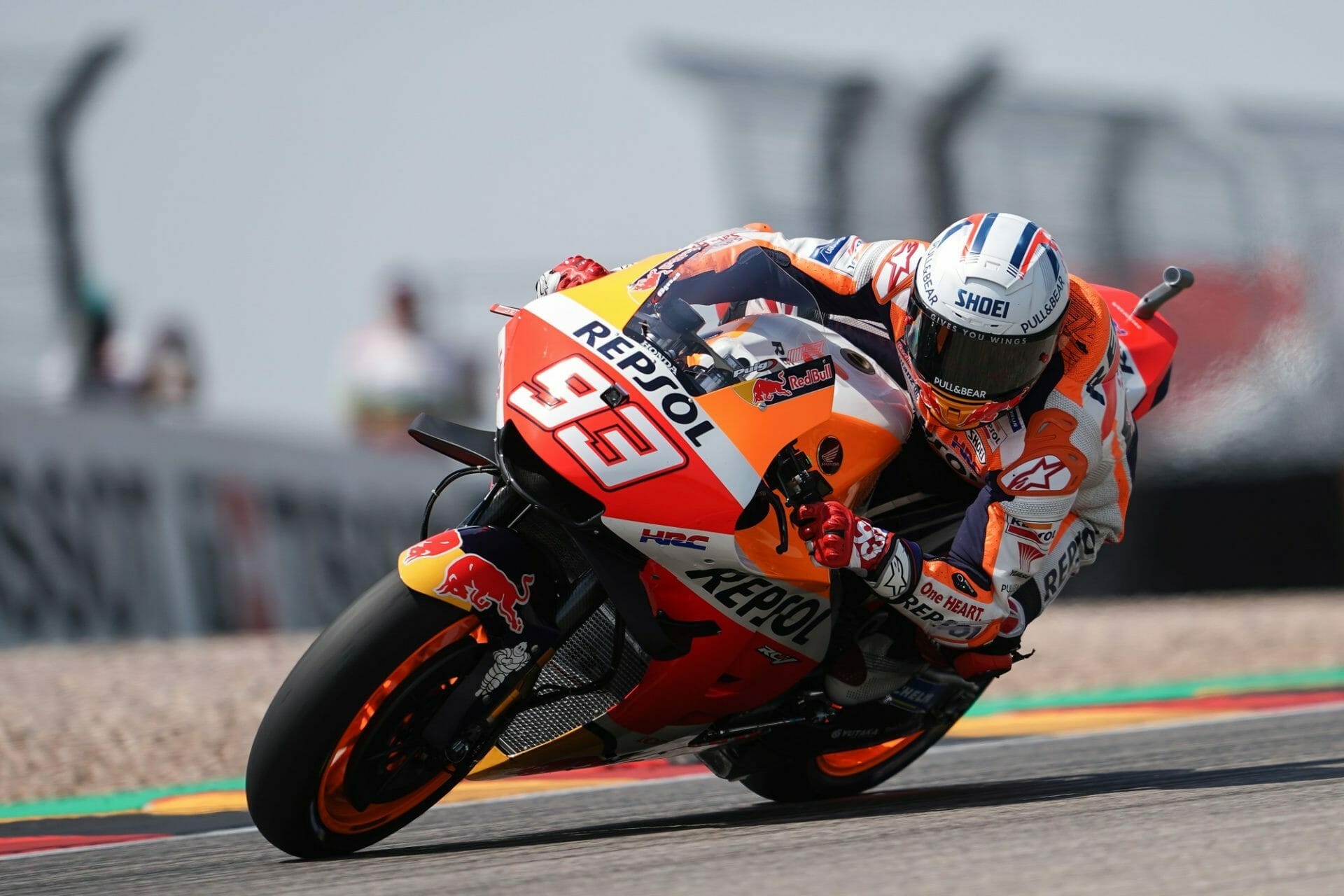