The first stage of the Dakar 2020 goes to Toby Price

The reigning champion Toby Price won the opening round of the Dakar Rally. His two teammates from the Red Bull KTM Factory Racing Team, Matthias Walkner and Sam Sunderland finished third and fifth.

The opening day was a big challenge for the drivers. 433 km had to be bridged followed by 319 km of timed route. A total of 144 motorcycles started. The route ran from Jeddah along the Red Sea coast to Al Wajh. It was a mix of fast, rocky slopes and soft sand dunes.

In the first half of the race, Honda driver Brabec was leading, from the second half Price took the lead in the classification. At the time, it was not entirely certain that Price would still be punished for having problems with the road book. He was later punished two minutes, but that did not change the result. 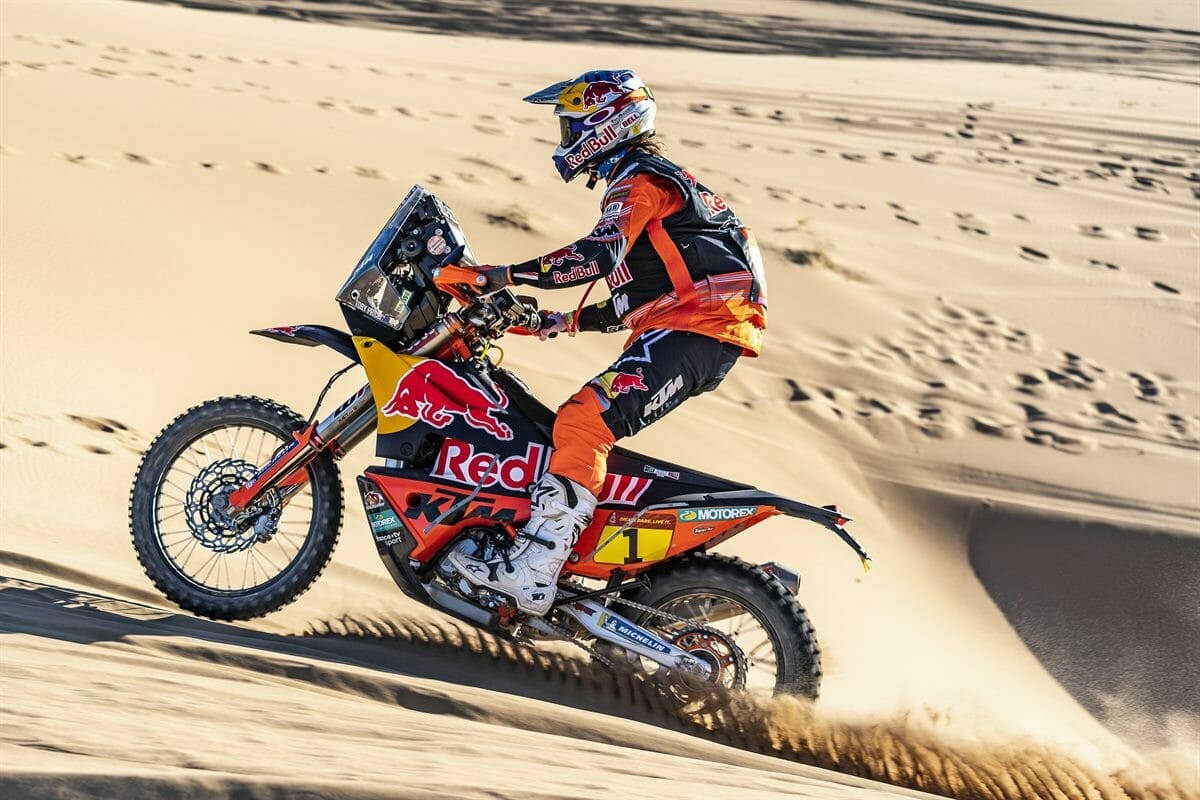