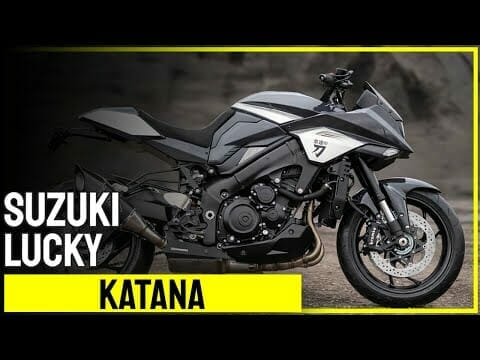 2 min read
Cinema Mode
The Suzuki Lucky Katana is a conversion that will go on sale in a small series of only 10 units.

The Suzuki Lucky Katana is a conversion that will go on sale in a small series of only 10 units.

The French online platform Royal Vintage specializes in selling classic motorcycles and custom bikes. For their Royal Series, they always bring together manufacturers and custom builders to have real works of art created on two wheels. For the Lucky Katana, Royal Vintage, Suzuki Moto France and dealer Olby Motors teamed up to commission custom smith Lucky Cat Garage to create an interpretation of a neo-retro Katana.

The result was the Lucky Katana. For the design, Sèb Lorenz took inspiration from the ’80s. Most of the bodywork was retained, with the biggest changes focused on the rear end. It was molded from carbon fiber and an LED taillight was incorporated. The rear fender and chain guard are also made of carbon fiber. At the front, the fender has been swapped for one in the style of the GSX-S. The new Alcantara saddle can still be removed with the standard locking mechanism.