The Appaloosa sends Indian to the 1/8 mile at the Sultans of Spint. She will compete, i.a. at the Glemseck 101, driven by former GP driver Randy Mamola.

Base is an Indian Scout. The name comes from a spirited horse breed. The start number 19 is a tribute to the year in which the first Indian came on the market, 1919.

The cladding is made of aluminum. The Appaloosa was built by the Belgian Brice Hennebert of the Workhorse Speedshop. Over 700 hours of working time flowed into the project.

The tank under the cover holds only 2.5 liters of fuel. The chassis was stiffened and extended the edge by the long swingarm. The footpegs are also attached to it in order to reach a lying driver’s position. A 4D Aerotec brake system was installed by Beringer. Cushioning is provided by Öhlins elements. Akrapovic supplied a special titanium exhaust system.

The Indian engine was upgraded with a nitrous oxide injection. 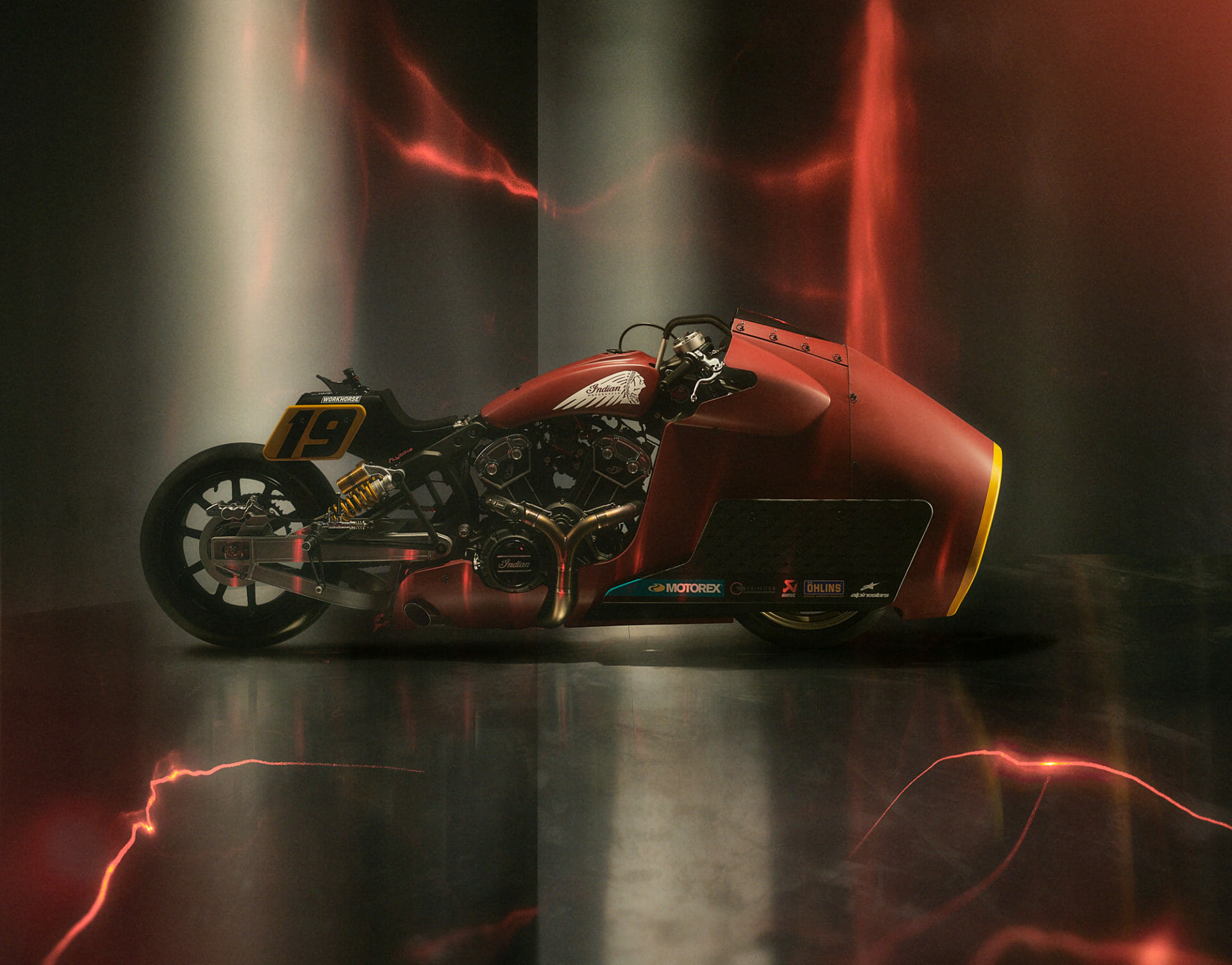