3 min read
Cinema Mode
Jedi Motors is a rather unknown Chinese motorcycle manufacturer, but it has now caused a stir at CIMA. The Vision K750 concept was presented.

Jedi Motors is a rather unknown Chinese motorcycle manufacturer, but it has now caused a stir at CIMA. The Vision K750 concept was presented.

Jedi Motors specializes in the manufacture of small to medium-sized motorcycles in China, primarily for the police or security services. However, at CIMA they now exhibited a range of motorcycles that will be equipped with a larger engine, including the Vision K750 concept sportbike.

The full fairing knows how to impress. It looks somewhat futuristic, but not so much that it is too different from today’s motorcycles. Front, tank and side fairing seem to be made of one piece.

Full fairing also applies here very well, because it offers almost no view of what is hidden underneath. Almost nothing can be seen of the engine, and the bike could be marketed as an electric sports bike in the picture. However, upon closer inspection, or from the right angle, you then discover the under-engine exhaust. You can’t see much of the fork at the front either, but it’s probably an upside-down fork. Braking is provided by Brembo components.

So far, the company has been reluctant to provide any information. The engine is said to be a 730.4 cc parallel twin. It is said to be similar to the 700CL-X engine from CFMoto, but manufactured by Jedi itself. The engine is also used in the GTR750, a sport tourer, and the JFR750, a roadster. There, it produces about 70 horsepower, which isn’t much and probably doesn’t do justice to the Jedi Vision K750’s appearance.

How high the power will ultimately be in the sports bike remains speculation. However, Jedi points out that it is the highest displacement motorcycle ever made in China.

The frame is said to be made of magnesium and the Swiss company Suter is said to have been contracted to develop the chassis. However, it is currently unclear whether they also developed the chassis for the concept bike. 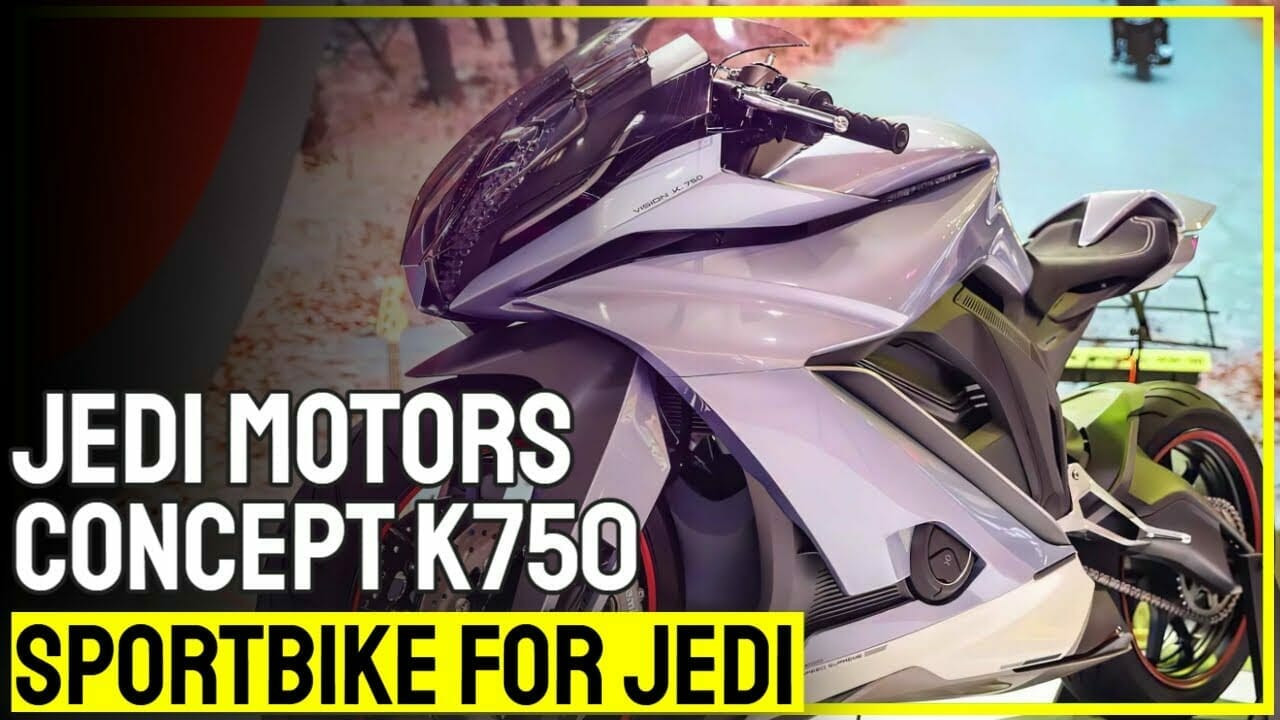