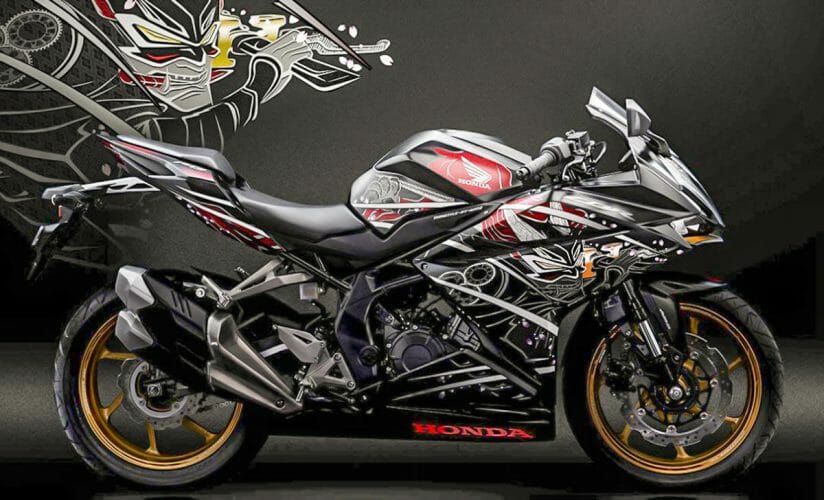 Special edition of the CBR250RR for Indonesia

Because of its looks the little sportsbike could win some fans worldwide, even if the model is not sold at all on the American or European market. The 250cc bike now gets a special paint job.

Only 75 units will be equipped with the special paint scheme created in honour of the 75th anniversary of Indonesian independence.

The left side of the motorcycle was painted with the representation of the mythical Garuda bird. Garuda can be found in the Hindu as well as in the Buddhist tradition and therefore can be found in art throughout South Asia and Southeast Asia. The bird is also the national symbol of Indonesia. In addition, other cultural details of Indonesia can be found on the fairing.

On the right side you can see the image of a Samurai Sengoku commander, together with Sakura flowers, which are an omnipresent cultural symbol of Japan.

During the Second World War and between 1942 and 1945, Japan occupied what was then known as the Dutch East Indies, which later became Indonesia. At the time of Japan’s capitulation, what is now Indonesia declared its independence for the first time.

As the name suggests, the special edition of the CBR250RR is equipped with a Quick Shifter. It also got an assist and slipper clutch. Basically, however, this is the recently updated model with a special paint scheme.

The small sports bike is also available in Bravery Mat Red, Mat Gunpowder Black Metallic, Black Freedom, Bravery Red Black and Honda Racing Red, although some colours are only equipped with ABS and of course the special paintwork is missing. There are also differences in price. 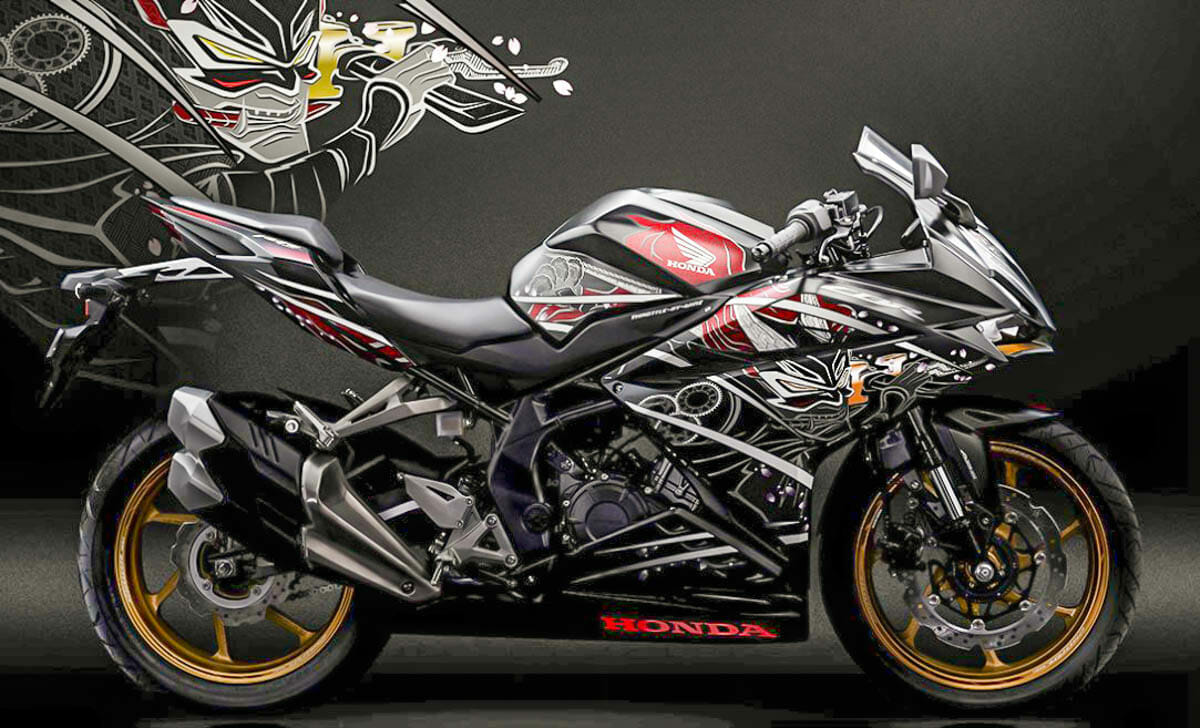