3 min read
Cinema Mode
The second MotoGP race at Misano turned out to be extremely turbulent. In the end Yamaha rider Maverick Vinales was at the top of the podium.

The second MotoGP race at Misano turned out to be extremely turbulent. In the end Yamaha rider Maverick Vinales was at the top of the podium.

Jack Miller (Pramac-Ducati) won the start of the race, but Vinales already passed him in turn four. After the first lap Vinales was leading ahead of Miller, Bagnaia, Quartararo, Brad Binder, Pol Espargaro and Valentino Rossi.

Aleix Espargaro (Aprillia), who clashed with Morbidelli, already fell. Morbidelli fell back to last place. On lap two Rossi lost the front wheel in curve 4 and fell. He continued the race for the time being, but on lap 11 he gave up and went to the pits.

Binder, who was able to work his way up to 3rd place, also fell in turn 14 and continued the race, but then fell again in turn 1.

At the top Vinales and Bagnaia were able to break away. Pol Espargaro followed in third place. Bagnaia was able to pass Vinales in the fifth lap and broke away from him by about one second. He was able to keep this distance until he finally fell seven laps before the end of the race in turn 6 and Vinales could take the lead again. Behind them, a fight broke out between Pol Espargaro and Quartararo for second place.

In the final phase, Joan Mir (Suzuki) was able to join in and make it a trifecta. Mir was able to pass Quartararo first and then Espargaro, which earned him second place.

Quartararo also passed Espargaro, but was penalized with a long lap penalty for not respecting the track limits. However, as he did not ride the “long lap”, he was subsequently given a 3 second time penalty. This put Pol Espargaro on the third podium and Quartararo on the fourth.

The result of the second MotoGP race at Misano: 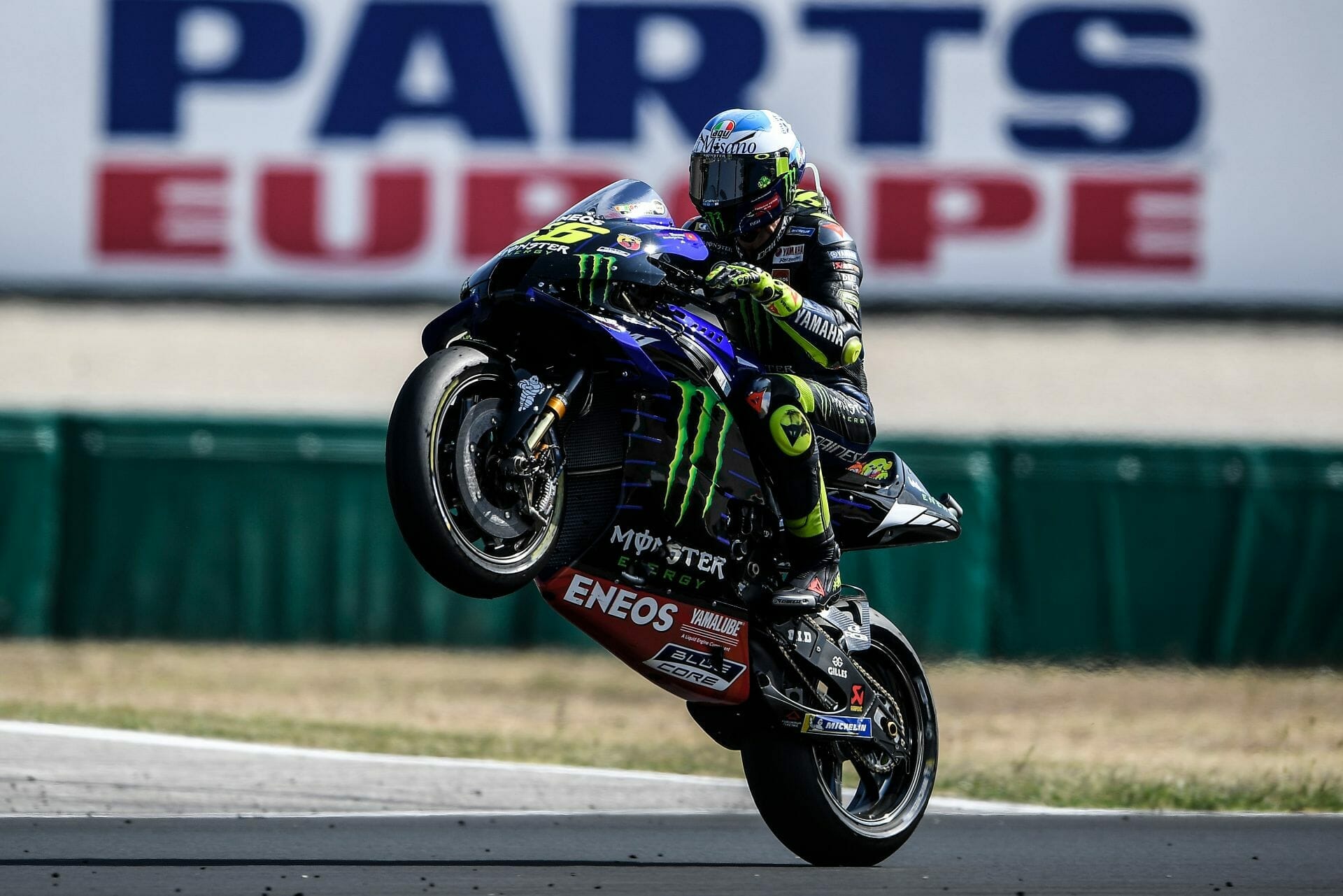