3 min read
Sebastien Loeb is the king of the World Rally Championship and has won the world title nine times. But he is also a big fan of motorcycles and has now become a brand ambassador for Indian Motorcycles.

Sebastien Loeb is the king of the World Rally Championship and has won the world title nine times. But he is also a big fan of motorcycles and has now become a brand ambassador for Indian Motorcycles.

Discovering his love of motorsport on a moped

Loeb has been a factory driver for Citroen since 2001. In addition to the World Rally Championship, he has also raced in the World Touring Car Championship, Pikes Peak, Rally Cross, Dakar Rally (2nd place this year) and the Xtreme E.

Even though he is only known for car racing, he discovered his love for motorsports on a moped. He has also participated in regional races on the track and in EnduroSport on a motorcycle.

“We are delighted to collaborate with Sébastien Loeb, who is a charismatic and talented personality. During our meeting, I discovered a real enthusiast, of cars of course, but also of two-wheelers, especially motorcycles with character like the FTR. I am very happy with this new partnership which goes against the grain of Sébastien’s traditional universe. Basing this partnership on the Indian FTR is a natural fit, it is a motorcycle with a unique style and performance, everything that Sébastien was looking for in his future motorcycle.” Pierre Audoin – Indian Motorcycle National Manager, France.

The FTR R Carbon was chosen to represent an optimal balance of style and performance, suitable for daily commuting during the week and leisure riding on weekends.

“I am very happy to collaborate with Indian, I am seen more often behind the wheel than the handlebars, but I have always ridden to experience different sensations. I love riding whenever I get the chance, whether on the track or on the road, and the FTR has all the qualities necessary to have fun at any pace. In addition to the motorcycle, the spirit and the universe of Indian Motorcycle are part of a great openness and originality, and that suits me well.” Sébastien Loeb – Indian Motorcycle Ambassador 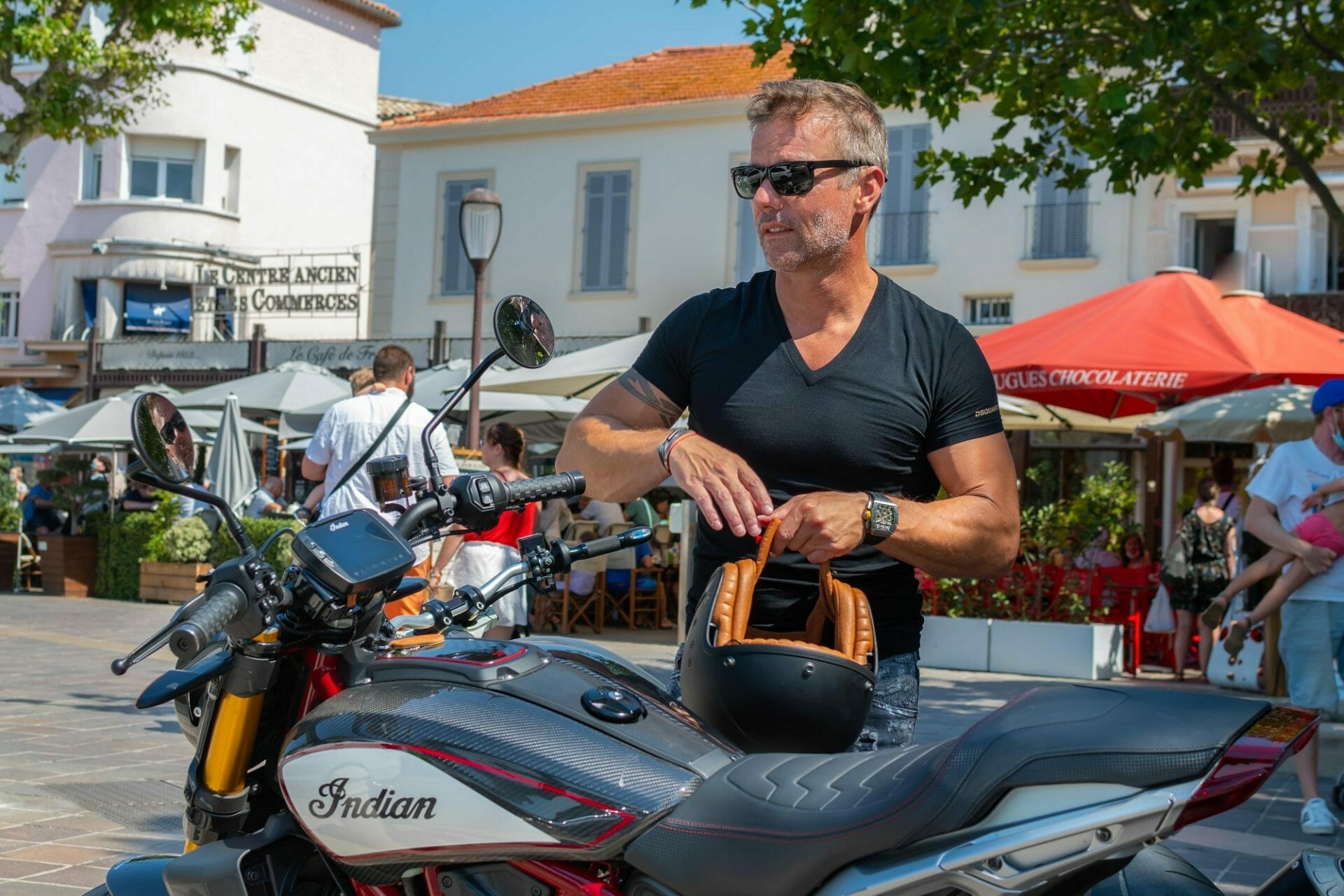