4 min read
For the Yamaha factory rider Fabio Quartararo the race went according to plan, in addition to the race victory he could also take the lead in the world championship.

For the Yamaha factory rider Fabio Quartararo the race went according to plan, in addition to the race victory he could also take the lead in the world championship.

This was his second victory in the third race. Also on the podium were Francesco Bagnaia (Ducati) and the current world champion Joan Mir (Suzuki).

The start was won by Johann Zarco (Pramac-Ducati). He was followed by Alex Rins and Marc Marquez (Honda), who moved up from sixth to third. Quatararo, who started from pole, lost a few places and dropped back to sixth. His teammate Maverick Vinales even fell back to 20th place.

On lap four Rins took the lead, Zarco was pushed down to second. Quartararo also found his way more and more into the race, passing Mir and taking over his fourth place. Miller crashed in turn 3 and had to abandon the race. Miguel Oliveira (KTM) suffered a similar fate shortly afterwards. Pol Espargaro (Honda) also dropped out, but not because of a crash, but because of a technical problem with the rear brake.

On lap 9, Quartararo was able to take the lead and did not give it up. Marquez, who had a strong start, struggled for much of the race with his injured arm, which meant he was unable to fight with the leaders. However, he made it through the race and was able to cross the finish line. Afterwards, he was visibly exhausted, but that’s not surprising after his nine months off.

Eleven laps before the end of the race, Valentino Rossi crashed in turn 11, losing his eleventh place and retiring.

Rins put Quartararo under pressure for laps until he crashed himself and retired. Zarco also crashed six laps before the end, which ultimately also cost him the lead in the world championship.

The result of the MotoGP in Portimao / Portugal from April 18, 2021 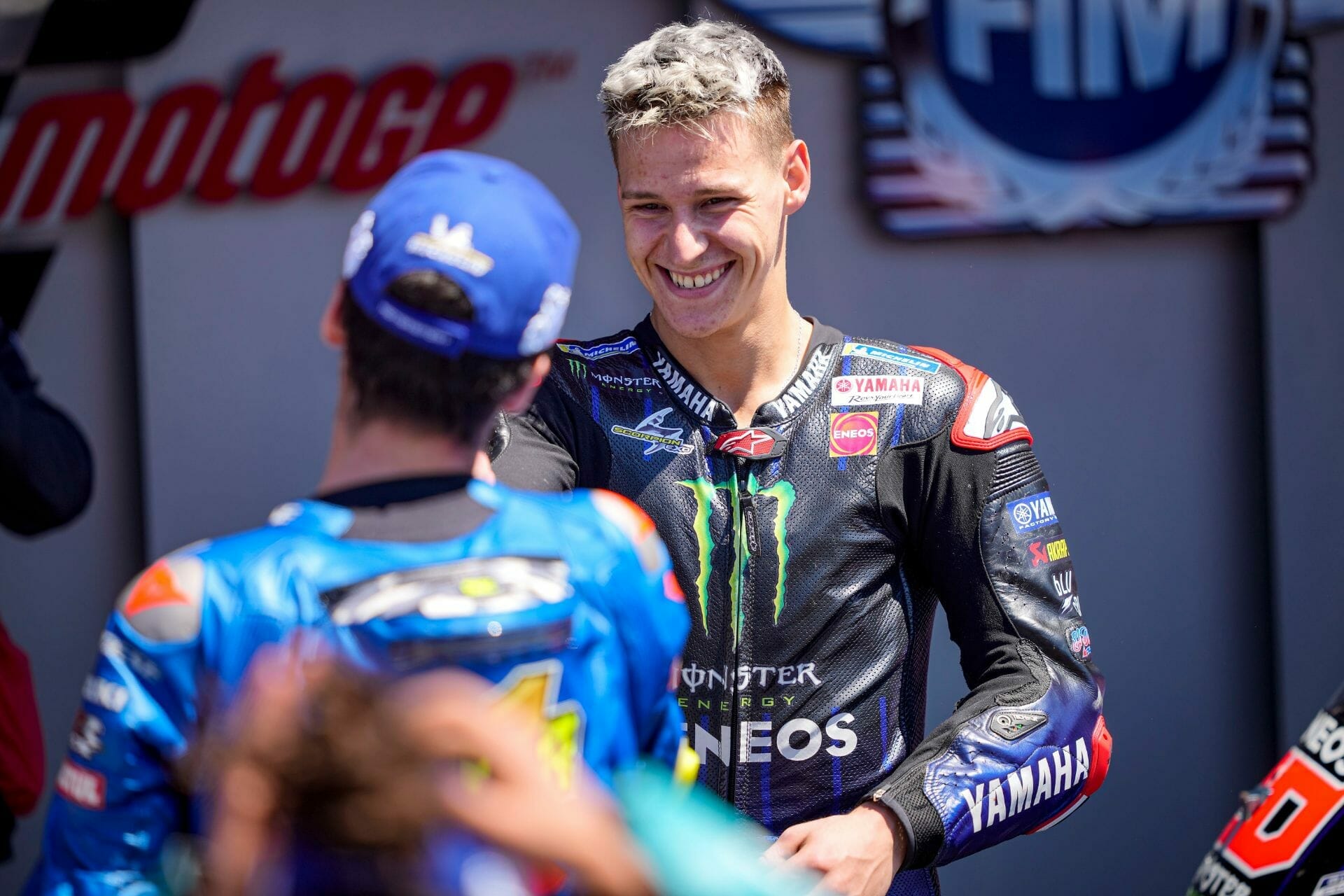