Ducati has released the first official pictures of Streetfighter V4. It is based on the Panigale V4, only the fairing was removed and a high and wide handlebar mounted. To bring the top performance of the 1,103 cc Desmosedici Stradale engine on the road, special aerodynamic elements were installed. It has winglets on the side and small wings on the front mask.

Prototype of the Streetfighter V4 presented

The first big test will be the Streetfighter V4 at the “Race to the Clouds”. Carlin Dunne will compete with her at Pikes Peak Hillclimb. In 2018 he already won there with a Multistrada.

The street version of the Streetfighter V4 will be presented at EICMA 2019 and will be on the market from mid-March 2020.

“The Streetfighter V4 will be one of the stars of the Ducati World Premiere 2020,” said Claudio Domenicali, CEO of Ducati Motor Holding. “The Streetfighter V4 is the Panigale for maximum fun on highways, so there’s no more fitting event than the Broadmoor Pikes Peak International Hill Climb for the most powerful streetfighter ever built.” 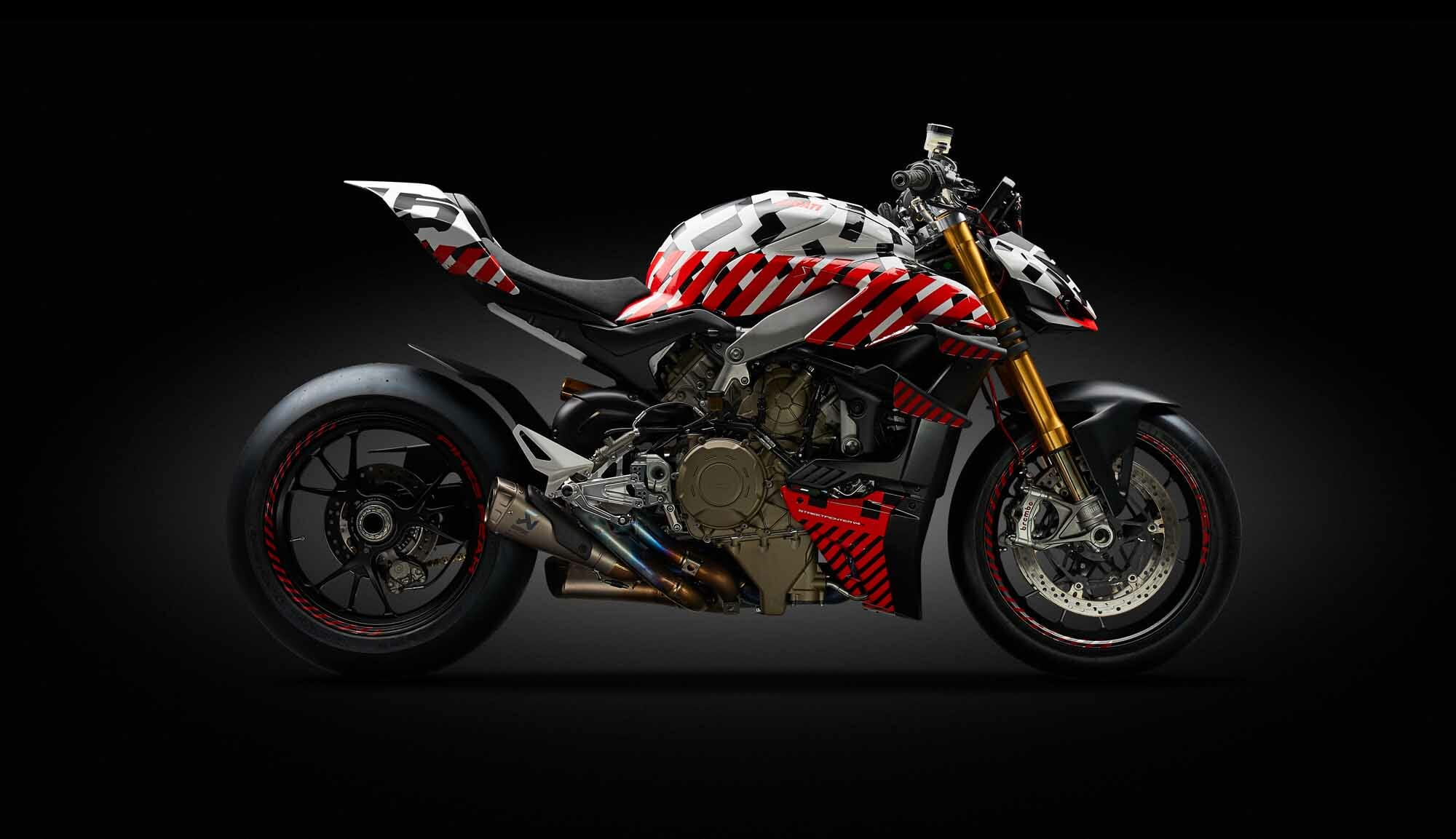