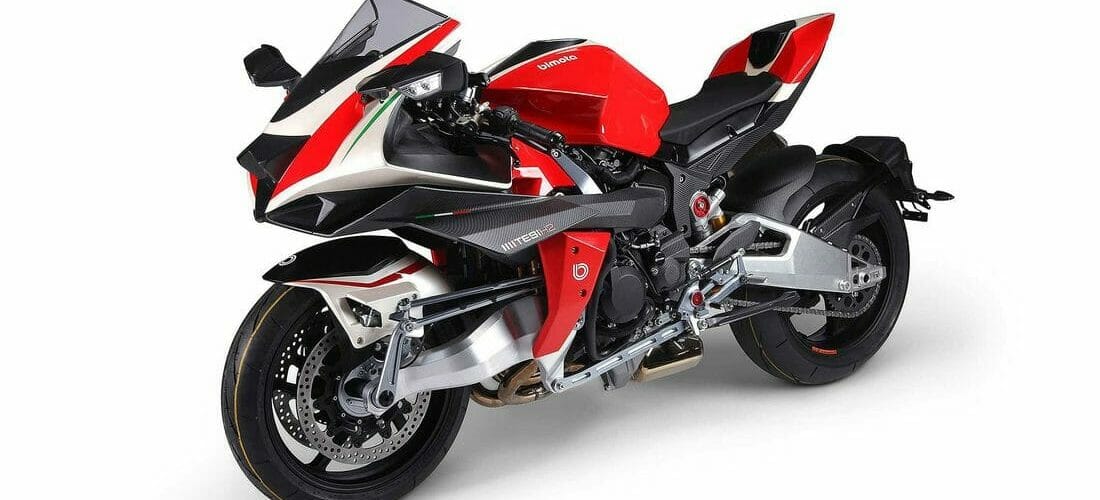 2 min read
As Bimota has announced, the production of the Tesi H2 has started. The model will be available for pre-order soon.

As Bimota has announced, the production of the Tesi H2 has started. The model will be available for pre-order soon.

This means that the Italian sports motorcycle with the technology of the Kawasaki H2 will go into production as planned. The tests are now completed.

After their merger, this is the first joint project of Bimota and Kawasaki. The Tesi H2 is based on the Kawasaki H2, but it was equipped with the stub axle steering of the Tesi models.

The Tesi layout was developed by designer Pierlugi Marconi. In 1990 the Tesi 1D was launched on the market. The name Tesi is derived from thesis, because the model was supposed to prove the thesis that one can achieve a better handling with an axle steering, because the brake forces are separated from the damping forces. The constant changes in geometry caused by the plunging of the fork can thus be eliminated. However, the system has never been able to establish itself.

All data in brief

The final performance data have not yet been officially confirmed. According to rumors, however, the engine remained untouched and thus at 170 kW or 231 hp. However, some weight savings could be made. Of the 238 kg of the H2, 214 kg remain in the Tesi H2. This is partly due to the generous use of carbon parts.

With the start of the pre-order phase, all data will be announced. 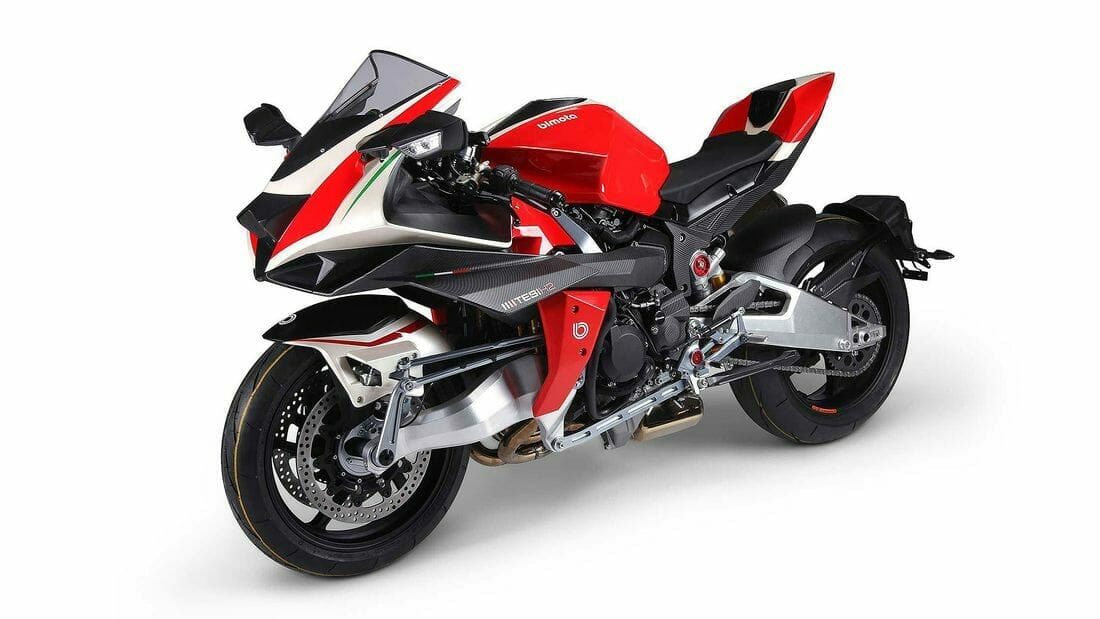