3 min read
HRC has unveiled the team and bikes for MotoGP 2021. New to the team is Pol Espargaro, who replaces Alex Marquez. The injured Marc Marquez was also on hand and everyone naturally wanted to know when he would be able to compete again.

HRC has unveiled the team and bikes for MotoGP 2021. New to the team is Pol Espargaro, who replaces Alex Marquez. The injured Marc Marquez was also on hand and everyone naturally wanted to know when he would be able to compete again.

Marquez could not give a satisfactory answer to the question, because he simply does not know when he can start again. His doctors are also unable to give a precise prognosis at the moment.

Marc Marquez: “After a long time away it was nice to see my bike again and wear my leathers. 2020 was a difficult year for everyone and especially for me with the injury and watching the races from home. But I have continued to work with the doctors, with my team and with myself to recover and return to MotoGP. Of course, I would have liked to return sooner, but it is very important to listen to the doctors and my body until I am fully fit. I can imagine the best comeback that is to start riding again the bike and be the same, but it will be difficult to be like this. But we will see if it takes one race, two races, half the season to be the same Marc. I will not be at the Qatar Test as I aim to return only when I am 100% and there is still some work to do.”

Pol Espargaro: “The lead up to this season has been one of the most exciting of my career, it’s been like waiting for my first season or my MotoGP debut. To ride for the Repsol Honda Team is every rider’s dream and something to be truly proud of. Every few weeks I have taken another step, seeing the bike at my home, now wearing the leathers. The final step is to ride the RC213V for the first time at Qatar, this excitement is motivating me to train more and be the best I can be for the 2021 World Championship. I am here in the Repsol Honda Team in order to achieve success and fight at the top, this is the goal for 2021.”

Marc Marquez and Pol Espargaro are thus together again in one team. The last time this happened was 17 years ago at RACC Impala in the 125cc class of the Catalan Championship. Marc was 11 and Pos 13 years old at that time. Pol won the championship and Marc was second. 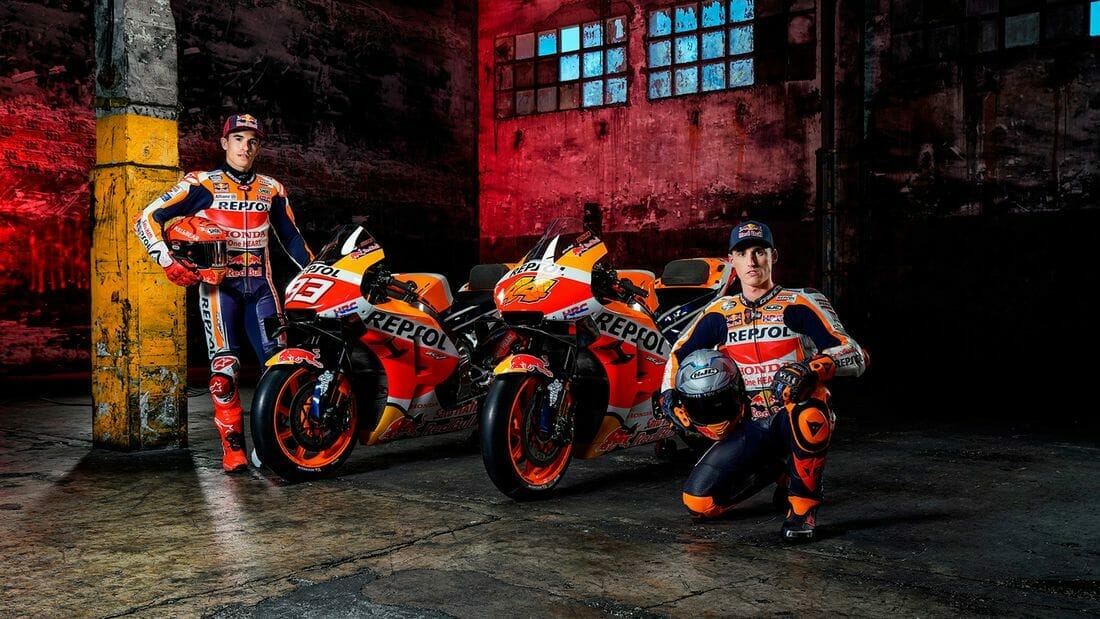