Ducati will unveil a special edition model today at 4pm. The number 21 on the teaser image indicates that they want to honor the racer Troy Bayliss with this model.

The Australian with the starting number 21 won his first WSBK title in 2001 on a Ducati 998. After switching to MotoGP in the meantime and returning to the Superbike class, he repeated the title win in 2006 on a Ducati 999. Two years later he became world champion again, this time on the 1098 R Factory.

Ducati will broadcast the presentation of the special model live on its homepage and also on YouTube. It is scheduled to start at 4 p.m. (CEST). 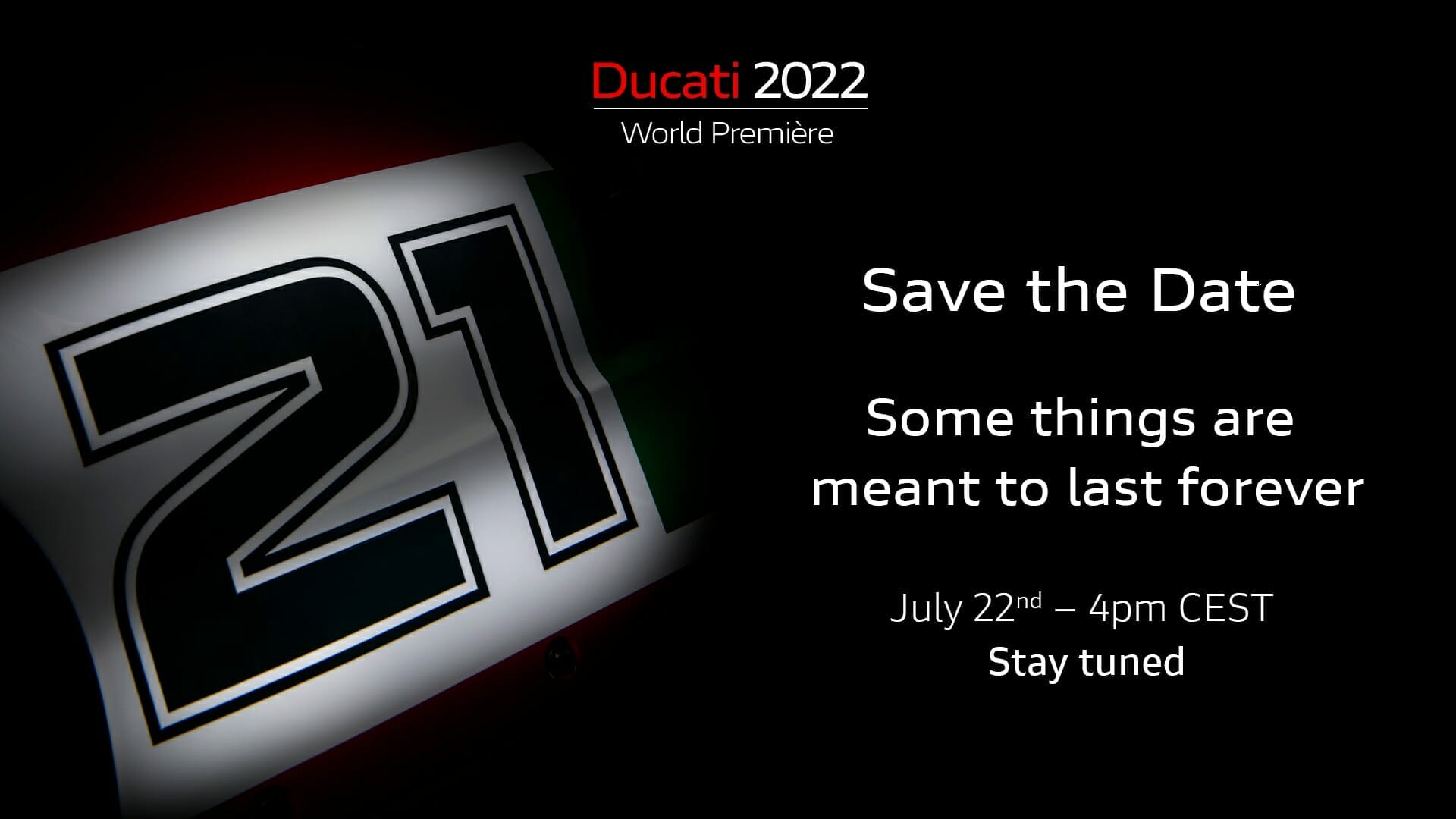