3 min read
Cinema Mode
Five-time Isle of Man TT winner Peter Hickman already works as a test rider for Dunlop. Now it has been announced that the partnership will be intensified and Hickman will also be an ambassador for Dunlop in the future.

Five-time Isle of Man TT winner Peter Hickman already works as a test rider for Dunlop. Now it has been announced that the partnership will be intensified and Hickman will also be an ambassador for Dunlop in the future.

In 2018, Peter Hickman won the Senior TT on his BMW S 1000 RR, alongside setting a new lap record with an average speed of 217.989 km/h.  Dunlop was not uninvolved in this, as Hickman rode the KR106/KR108. He was also very successful with the tire at the Macau road race, or the Ulster Grand Prix.

Even if 2020 and 2021 road racing events such as the Isle of Man TT had to be canceled, Hickman continues to push tire development at tests in Mirevel (France).

As Peter will also be a brand ambassador in the future, his range of responsibilities is also expanding. Dunlop customers will be able to meet him at road racing events in the future and there will be exclusive content featuring the road racer on Dunlop’s social media channels.

Peter Hickman: “My father raced in the 1970s and was also a Dunlop test driver. I grew up with the Dunlop team and have had the best results of my career on Dunlop tires. In road racing, because of the high risk involved, it is extremely important to be able to rely on products that you can always trust, even at the absolute limit. That’s why I’m proud to be able to work with Dunlop.”

Luca Davide Andreoni, Marketing Manager at Dunlop Motorcycle Europe, added: “Peter Hickman has been very successful in road racing and with a number of different race bikes – this experience is valuable for Dunlop when he is involved in the development of racing and hypersport tires. We have exciting plans to launch engaging social media content. This will bring racing fans even closer to the racing action.” 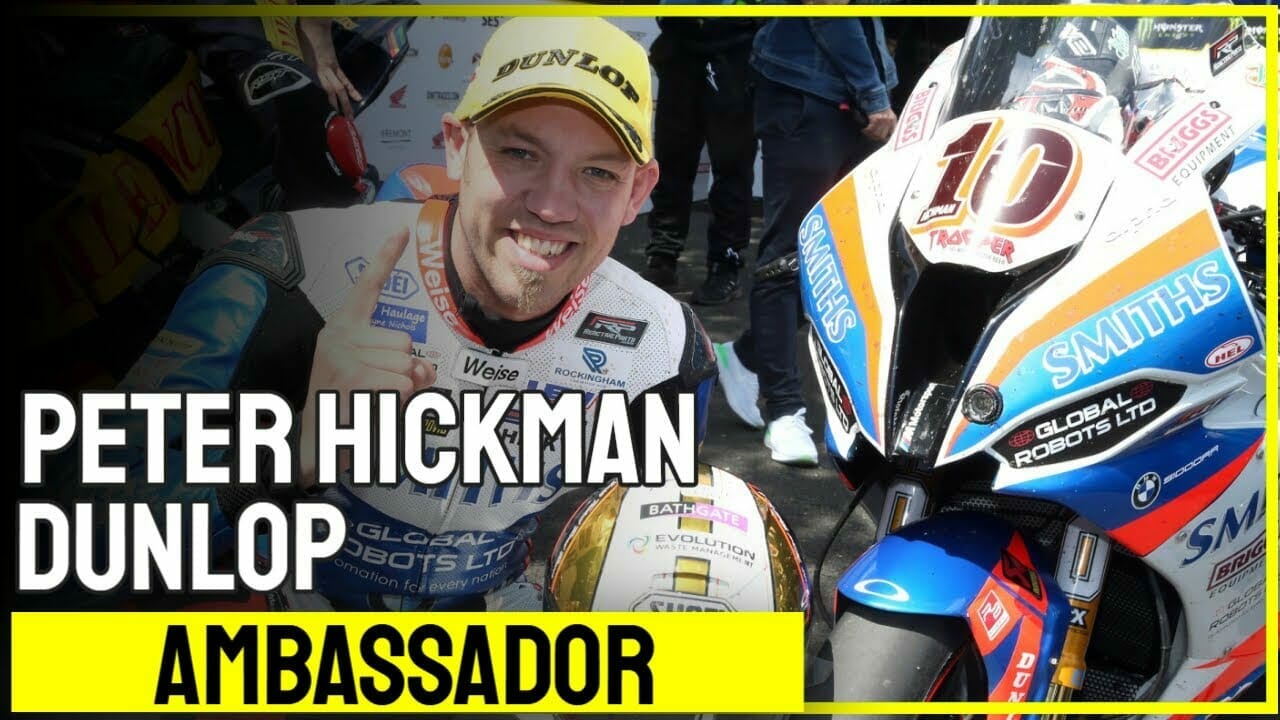