Pictures from a patent application in the USA show the upcoming KTM 1290 Super Adventure, which was already sighted as a prototype.

Also the 1290 Super Adventure had to be converted to Euro5, which made a revision of the engine and the exhaust system necessary. The muffler will be quite big, if the patent application goes through, because there is no pre-silencer.

It is assumed that the reworked engine will deliver around 160 PS.

Another sketch of the patent shows the three-part tank structure, with which the fuel is stored far below, lowering the motorcycle’s center of gravity. Instead of the well-known one-piece seat, a two-piece version seems to be used in the future.

The KTM 1290 Super Adventure will also be equipped with a radar system that enables automatic cruise control. The system ensures that the motorcycle automatically maintains a pre-set speed, but also automatically reduces the speed if a slower vehicle is caught up. 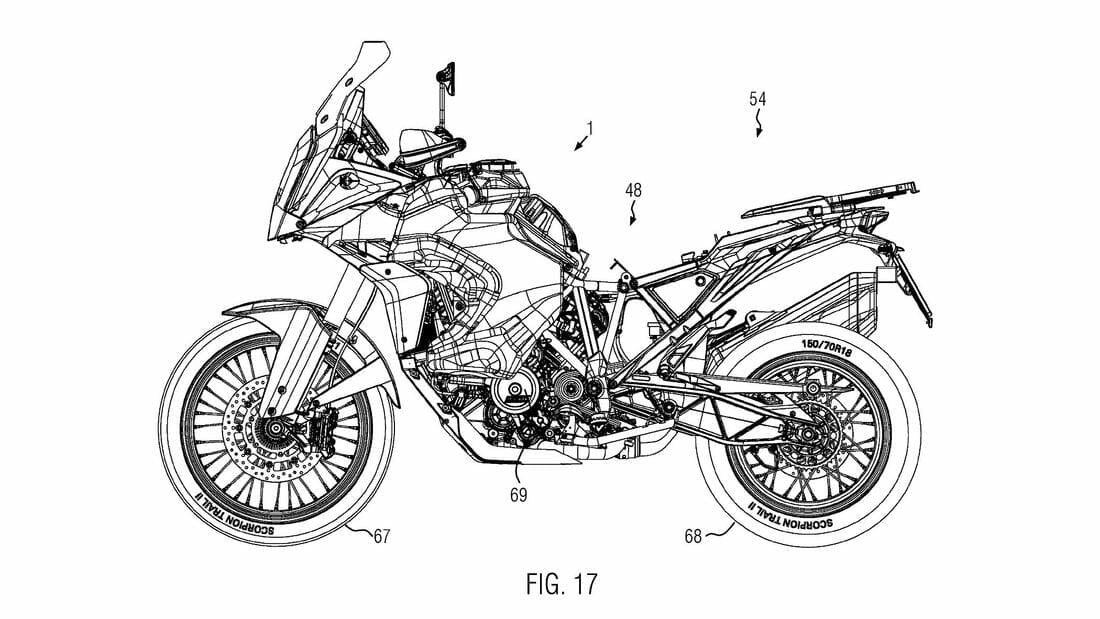