There has been a long discussion about Valentino Rossi’s future in MotoGP. Rumours spoke of Valentino Rossi to be ending his career so that his place in the Petronas Yamaha Team could go to Andrea Dovizioso. Now it has been officially confirmed that Rossi will ride for Petronas in 2021.

The multiple MotoGP World Champion will move from the factory team to the Yamaha satellite team, but with full factory support. In 2021, he will be in the pits alongside his Italian compatriot Franco Morbidelli. A 1 year contract has been signed, so Rossi will stay with us for another year in MotoGP.

So far he has achieved seven World Championship titles, 89 race wins, 199 podiums, 55 pole positions and 76 fastest laps in the premier class alone. He has been riding in MotoGP since 2000. He is the only rider in history to have won the World Championship in the 125cc, 250cc, 500cc and MotoGP classes.

Rossi was born on February 16th 1979 in Urbino / Italy and is currently the oldest rider in MotoGP at the age of 41. 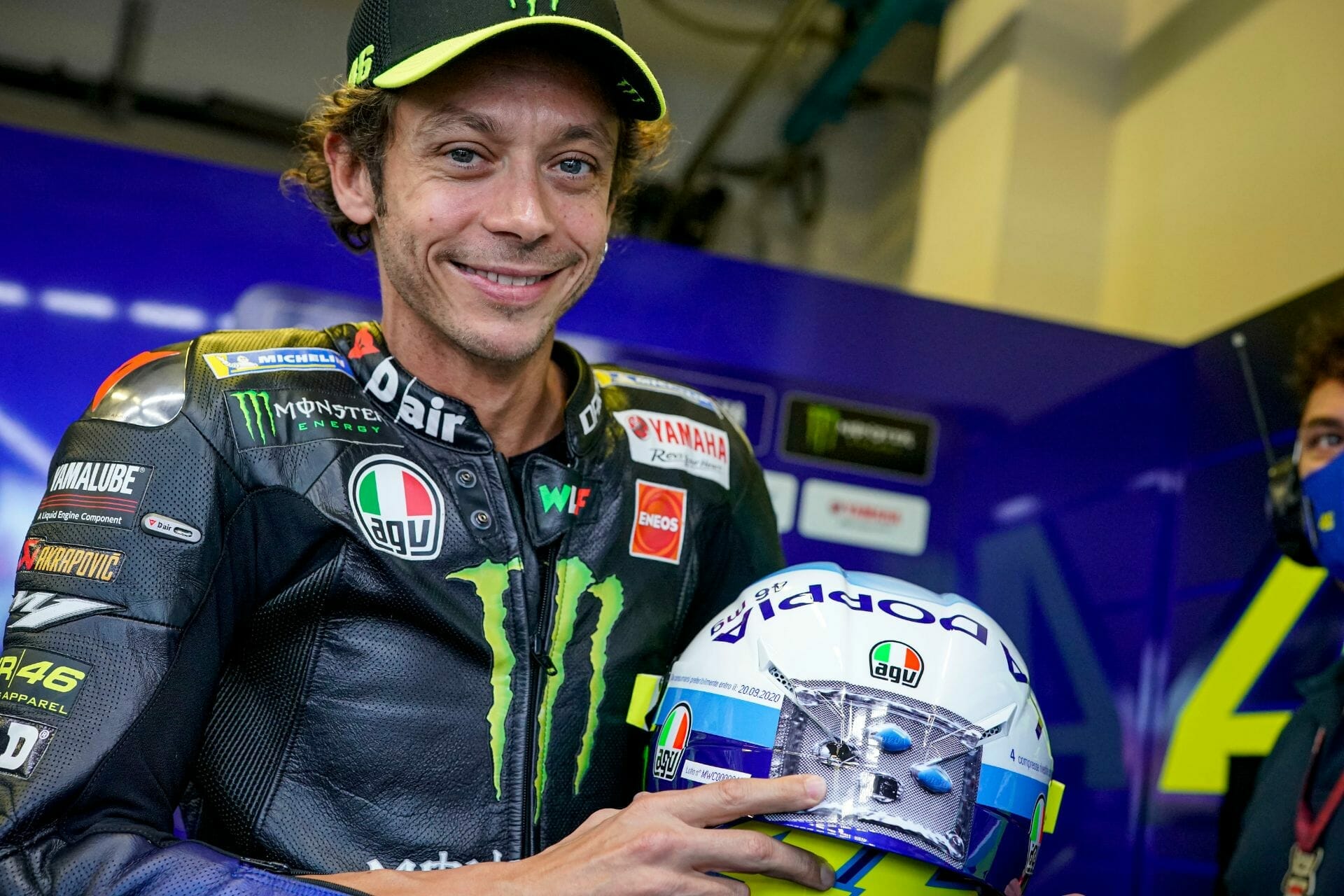