Home Motorsport Norton looks around for a new road racer

Following the discussion between Norton CEO Stuart Garner and John McGuinness, it is currently looking like a breakup. Norton is already looking for a possible replacement.

As reported, John McGuinness wants to participate in more road races in 2020 and has therefore speak with Stuart Garner. However, Garner have not shown interest. John is considering switching to the PBM team for which he also competed in Macau.

Garner now counters McGuinness’ criticism of the Norton Racebike. They have plans for a real test program, but they need the right driver. John could not test most time due to illness.

When asked if he was already looking for another driver, Garner replied “Maybe”.

He also said that in recent years there is a development that drivers from the BSB reinforced take the first places in road racing. They make the old-timers like John McGuinness, Ian Hutchinson or Michael Dunlop look more and more old. In his opinion, this is not necessarily due to the BSB, but because of the fact that the corresponding drivers are constantly driving and therefore in training.

Two or three drivers have become more and more prominent in recent years, says Garner. Especially Peter Hickman raises the bar. Norton has a clear interest on Hickman. If he can not get into the boat, Norton would like to find the next “Peter Hickman”, a  comparable talent. 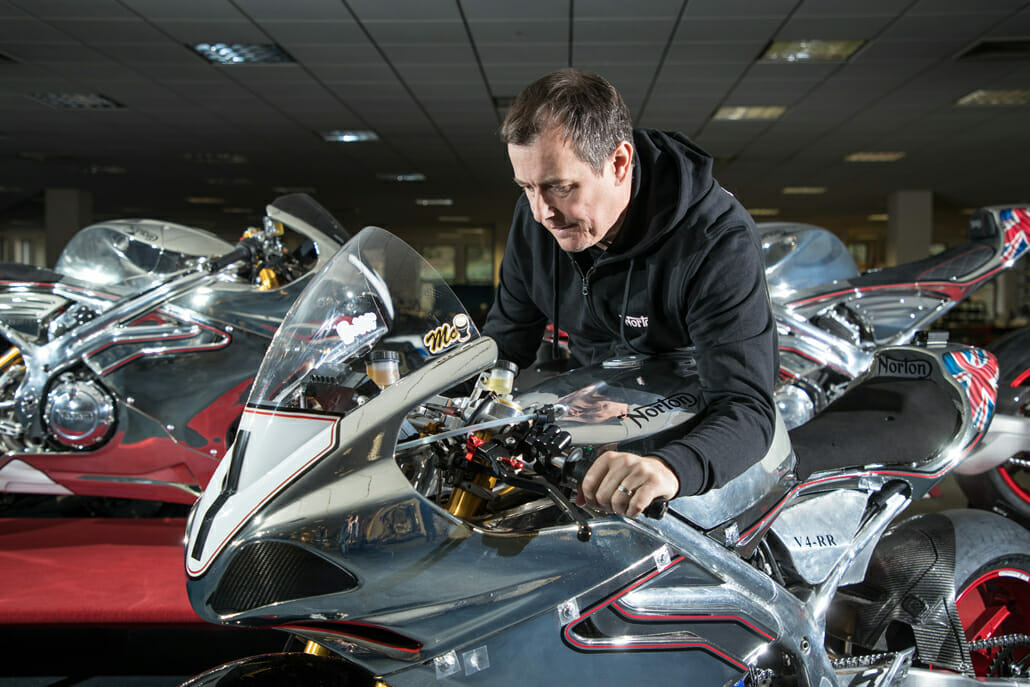