2 min read
Cinema Mode
Back in December 2020, a future Norton Commando 961 was announced or confirmed.  Now the new model has finally been unveiled.

Back in December 2020, a future Norton Commando 961 was announced or confirmed.  Now the new model has finally been unveiled.

The new Commando 961 will go on sale in Sport and Cafe Racer variants and will be powered by an air- and oil-cooled 961cc parallel twin.  This produces 76.8 hp at 7,250 rpm, and maximum torque is stated at 81 Nm.

Transplanted is the engine into a new frame, hand-welded at Norton’s new headquarters in Solihull, England.

The front is damped by an adjustable 43mm upside-down Öhlins fork.  At the rear, two shocks with external reservoirs also from Öhlins work.

The exhaust system is made of stainless steel.

The spoke wheels made of polished aluminum have a size of 17 inches and are covered with Dunlop Sportmax GPR 300 tires.  For the Commando 961 Sport in the Matrix Black color, wheels in black can also be ordered as an option.  In addition to the Matrix Black color, the Manx Platinum color variant is also offered, this applies to the Sport and also to the Cafe Racer variant of the Commando 961.

The Sport is equipped with a black anodized, tapered and higher mounted handlebar.  The Cafe Racer, on the other hand, gets aluminum clip-ons.  Both variants get a carbon front fender and a color-matched seat cover.  The pillion seat is offered as an option.

Currently, the Norton Commando 961 is only offered in the UK, with pricing starting at £16,499. 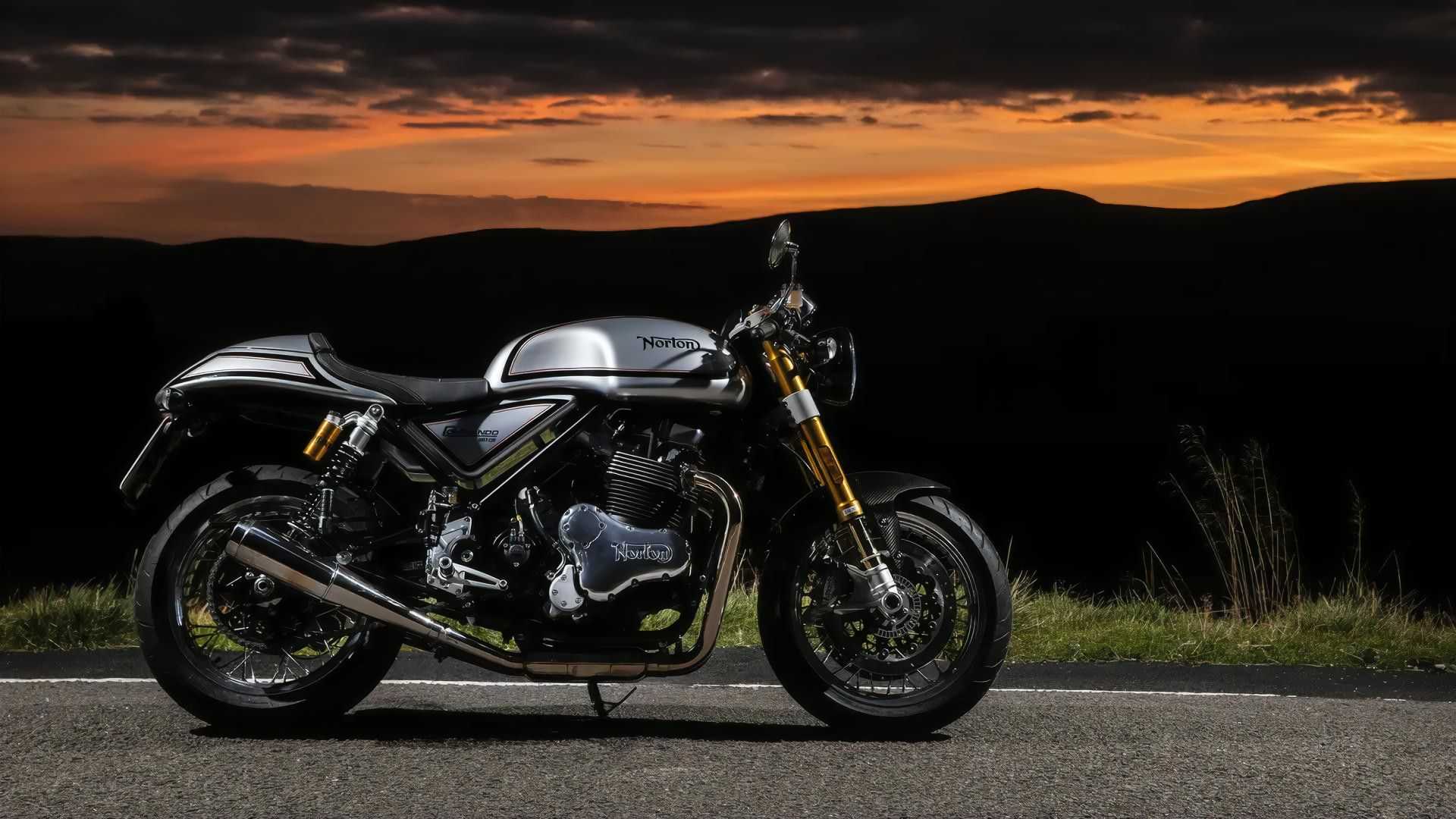