4 min read
Cinema Mode
To set an example against illegal motorcycles in New York, 900 "illegal" motorcycles, scooters and ATVs were scrapped in a media-effective manner.

To set an example against illegal motorcycles in New York, 900 “illegal” motorcycles, scooters and ATVs were scrapped in a media-effective manner.

The city of New York invited the press to this event and Mayor Eric L. Adams specially waved a checkered flag at the start of the scrapping campaign.  Afterwards, about 900 motorcycles, scooters and ATVs were run over and flattened by a bulldozer.

The vehicles were just under half of the 2022 confiscated bikes.  More than 2,000 motorcycles, scooters and quads are believed to have been confiscated already this year, an 88 percent increase over last year.

What the motorcycles were confiscated for is not explained in more detail.  There is only talk of illegal offenses or illegal dirt bikes.

Mayor Adams: “We’ve heard it over and over again all winter: what are we going to do about these illegal dirt bikes that are terrorizing our entire city and communities?

.. I said on the campaign trail that we’re going to focus on these dirt bikes and ATVs.  Not only are they a nuisance and a nuisance to us, but they are extremely dangerous. We know that.  We see them all the time, and we hear them all the time at night.  We see the large numbers moving through our street, and we want to make it clear that this is not acceptable.

… We cannot be a city where accidents endanger the lives of innocent people.  Everyone who uses our streets must understand that. That means our legal motorcycles, bicyclists, motorists, skateboarders, scooter riders, we need to understand who all is using our streets and we want to focus on that by making sure that illegal vehicles are removed from our streets.

…I’m not going to give up on my promise and commitment to rid our streets of these motorcycles and make all of our neighborhoods safe places for people to move around.  As you can see from the number of bikes today, we are making good on that promise. 900 bikes, more than were removed last year, an 88% increase thanks to the work of the New York City Police Department and the communities.

… The bikes will be destroyed and not resold or donated to prevent them from returning to our streets and being put back into service.  So, once again, we would like to thank all of those who assisted in the recovery of these dirt bikes. We see this every year, it’s the first day of summer, prices are going up.  So we’re using this day to take concrete action to make sure we get all these illegal bikes and vehicles off our streets.” 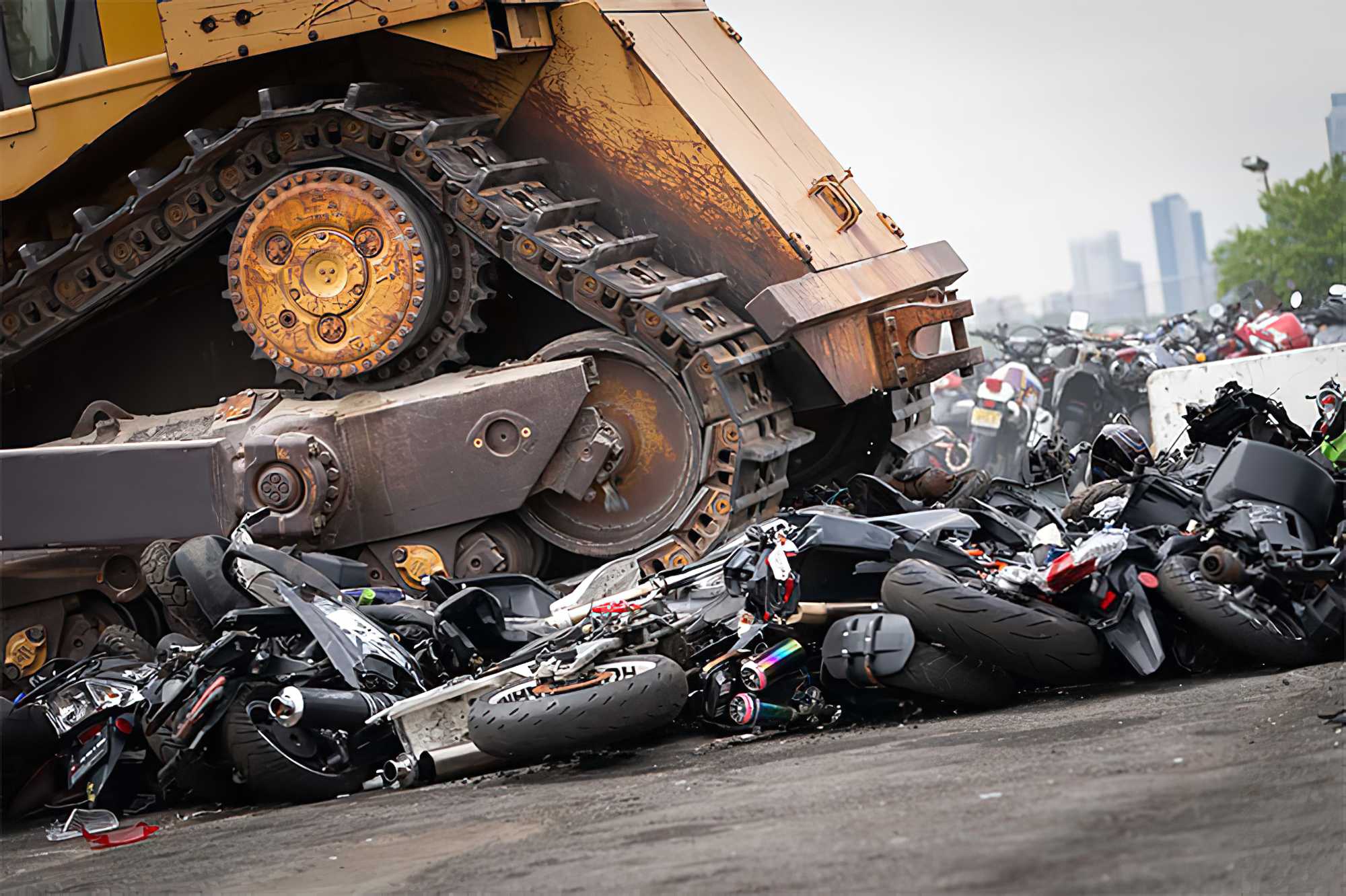