3 min read
That a new Yamaha R1 will come, was only a question of time.  Now, however, there are first hints that point to the new model for 2023.

That a new Yamaha R1 will come, was only a question of time.  Now, however, there are first hints that point to the new model for 2023.

The current Yamaha R1 has been in its form since 2019, so it’s probably about time for a new model.  Especially when you consider that this is “only” a heavily revised model of the seventh R1 generation, which was introduced in 2015.

FIM Recognized Competition Vehicles documents suggest that a new model will be introduced in 2023.  This is a list that manufacturers use to register their motorcycles for races held under the FIM flag.

Among others, the YZF1000 is also listed on this list, which is the code of the R1.  The additional letter describes the individual model, so YZF1000D stands for the R1M or YZF600W for the R6 Race, which has been equipped with racing components.

In addition to the R6 Race, the YZF1000W is also listed and has the addition “New Model 2023”.  So a model has been registered which will be launched next year and which will be equipped with racing components (no R1M – because that would have the additional letter “D”).  Since the models that will be raced in the World Superbike are based on street bikes and must be produced at least 500 times, a new street version will also be coming.

The document also reveals that the engine will continue to be a 998cc four-cylinder.  The frame number JYACN07C gives some indication of this.  JYA stands for the manufacturer, C stands for Competition (i.e. racing models), N stands for a displacement of 751 to 1,000cc and the 07 stands for the corresponding engine generation. 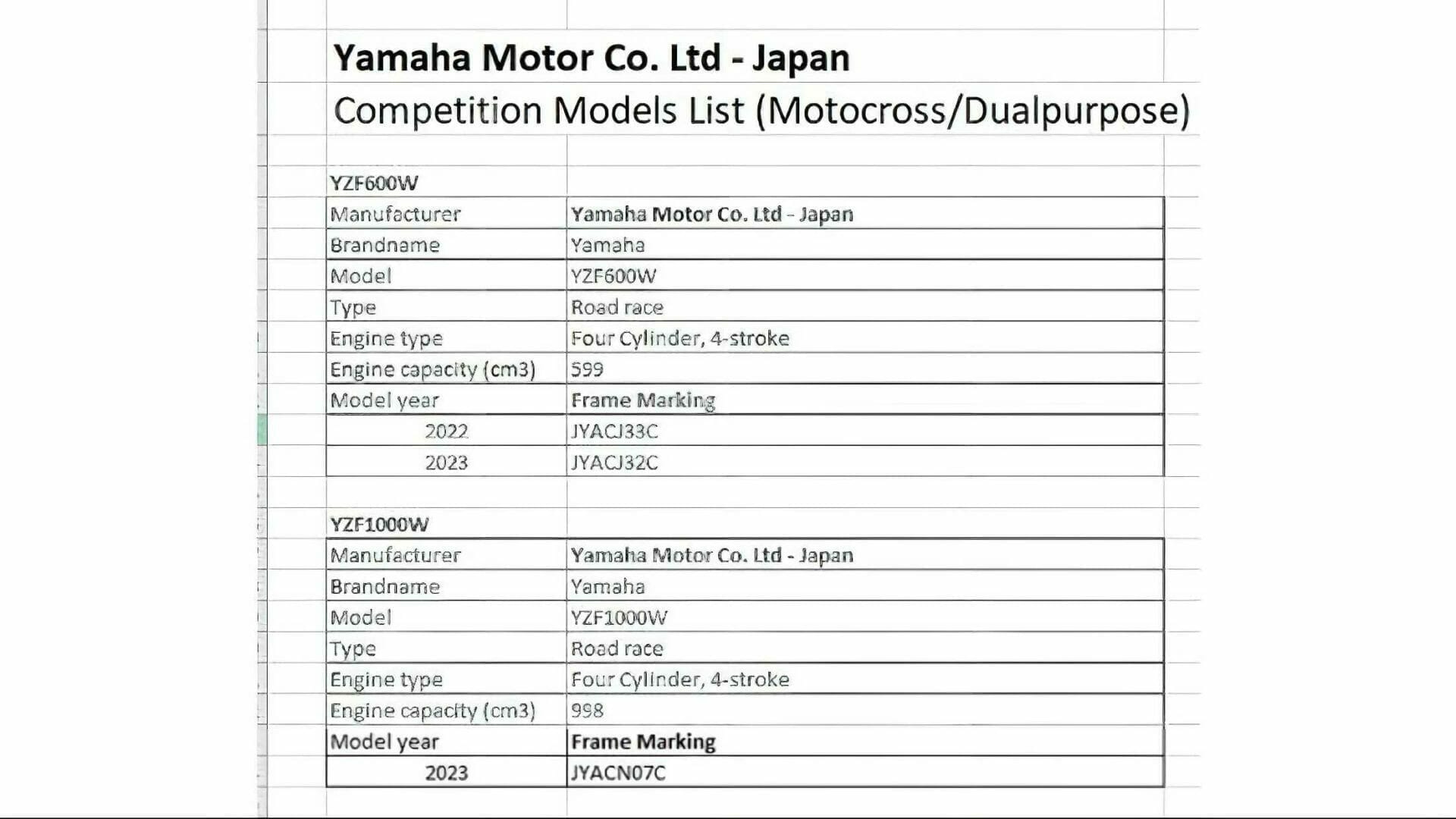