5 min read
Cinema Mode
Suzuki has unveiled the new Hayabusa at its own virtual motorcycle salon. Basically, the legendary Hayabusa is also found in the new model.

Suzuki has unveiled the new Hayabusa at its own virtual motorcycle salon. Basically, the legendary Hayabusa is also found in the new model.

Performance data of the new Hayabusa

The Hayabusa’s 1340cc four-cylinder engine has been completely redesigned. 550 of the 1000 engine parts were changed and the engine was converted to Euro5. The result was a peak power of 190 PS at 9700 rpm and a maximum torque of 150 Nm at 7000 rpm. Suzuki gives 299 km/h as the top speed. Thus, the conversion to Euro5 costs 5 PS and 5 Nm. In return, the torque curve in the mid-range has been improved.

Many details have been changed and also some parts could be made lighter. The airbox has grown by 1.2 liters. Fundamentally, however, the engine remains the same.

The revised engine now consumes only 5.7 liters per 100 km. With the predecessor it was still one liter more. This means that over 300 km are now possible with the 20-liter fuel tank. Nothing has changed in the total weight of the Hayabusa, 264 kg are specified ready to ride.

Visually, the new Hayabusa can be immediately recognized as such, although it has actually been slightly revised everywhere. The central LED headlight is flanked by two position lights in which the turn signals have been integrated. LED technology is also used at the rear for the adaptive brake light. The turn signals have been integrated here as well.

In the new cockpit there is also a display for the currently driven lean angle. This is also taken into account with the ABS.

The new instrument remains predominantly analog and has one round instrument each for speedometer and tachometer. A TFT display has been integrated in the center, which shows displays from the on-board computer. Various settings can be made here via a menu.

The frame and chassis have only been slightly revised and are now supposed to offer more stability and easier handling. A new rear frame has raised the rear end slightly, and an additional saving of about 700 grams has been made there.

The weight distribution of the new Hayabusa is 50:50 overall. There were no changes to the suspension elements, they were just retuned.

Stylema calipers from Brembo are used for braking, which are allowed to bite into 320 discs.

The exhaust also had to be revised for Euro5. Three catalytic converters ensure clean exhaust gases. Two interference pipes attenuate the high notes so that the overall sound is deeper. Two kilos could be saved on the exhaust system. 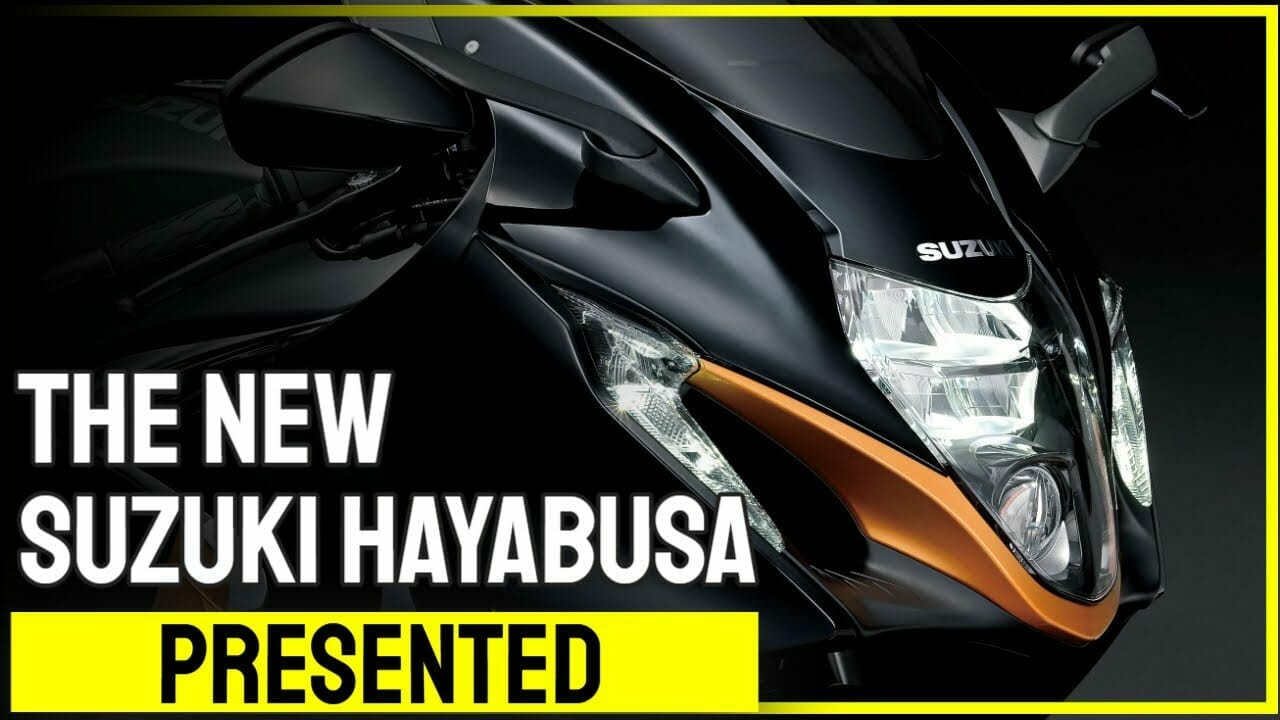