3 min read
Cinema Mode
Now that airbags have also made their way into the motorcycle industry, it was only a question of time when airbag pants would become available after airbag jackets and vests.

Now that airbags have also made their way into the motorcycle industry, it was only a question of time when airbag pants would become available after airbag jackets and vests.

The French start-up CX Air Dynamics has developed a pair of trousers that provide better protection for the pelvis, hips and legs through an airbag. The project is financed by crowdfunding. This is probably also the reason why no sensitive sensors were installed in the trousers to detect a fall. The airbag is triggered by a rice line, just as was the case with the first airbag jackets or vests.

The airbag is inflated within 200 milliseconds by a small, replaceable compressed air cartridge.

The airbag trousers are designed to be pulled over other trousers. For this purpose zippers have been incorporated along the entire length of the trousers. So you don’t have to slip into them, which makes it much easier to put them on. On the other hand zippers are always a weak point. Here, the manufacturer also refers to the pull-on function. The trousers are not intended to replace a motorcycle trousers, they are meant to complement them.

Four airbags were integrated, two on the thighs / hips and two on the calf.

Currently the crowdfunding campaign is still ongoing. The price is expected to be around 500 euros in retail stores. Supporters of the campaign are to receive a copy for 375 euros including shipping within France. 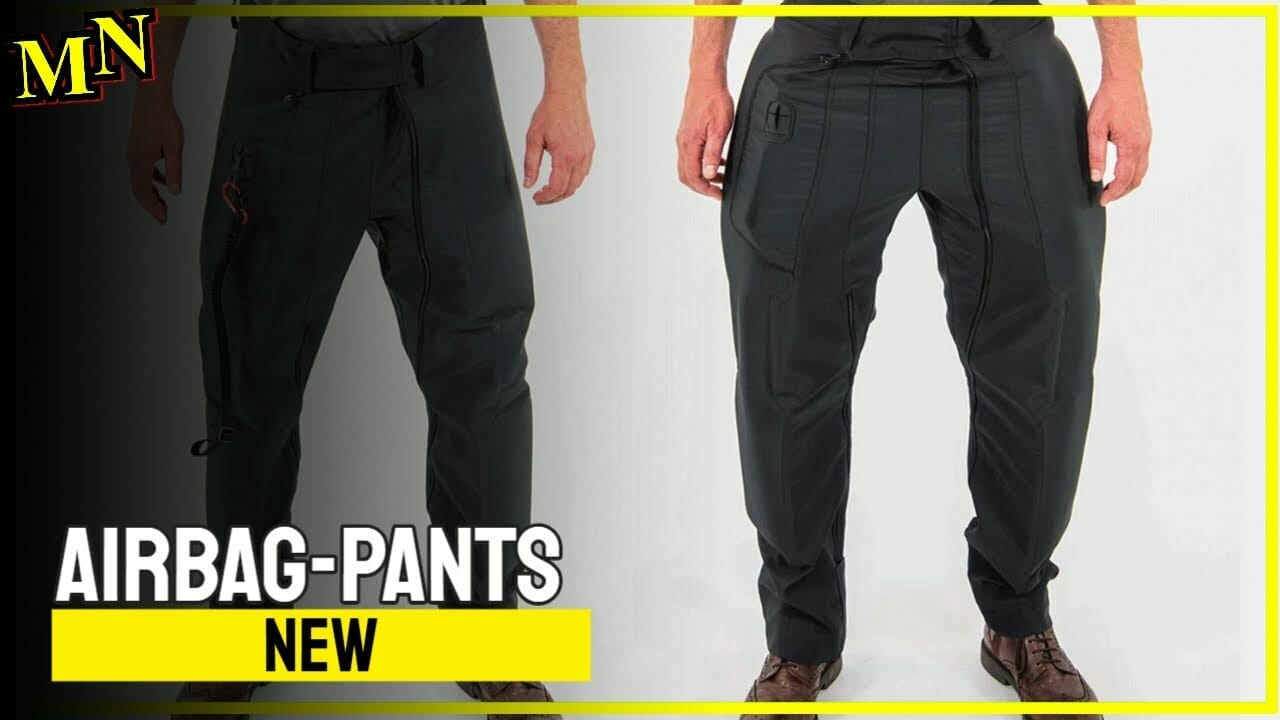