The upcoming KTM RC 390 has now been caught testing. Officially, it is expected to be unveiled at the EICMA in November.

In the photos one can see that it has the same main frame as the 390 Duke. It is partially obscured by a new fairing. The subframe seems to have been reworked a bit. Rumors speak of a larger fueltank, although it is hard to judge by the pictures.

Most striking is the redesigned front. It is no longer quite so pointed and dominant. The headlight will probably continue to sit recessed in the front. The picture shows a gray cover, which will probably be the opening for the headlight. It may be assumed that the illumination in the picture is only a provisional.

The speedometer of the RC will certainly be replaced by the TFT display of the 390 Duke.

As the upcoming RC 390 will be prepared for Euro 5 (Europe) or BS6 (Asia), it would be possible to expect a slightly lower performance than before. 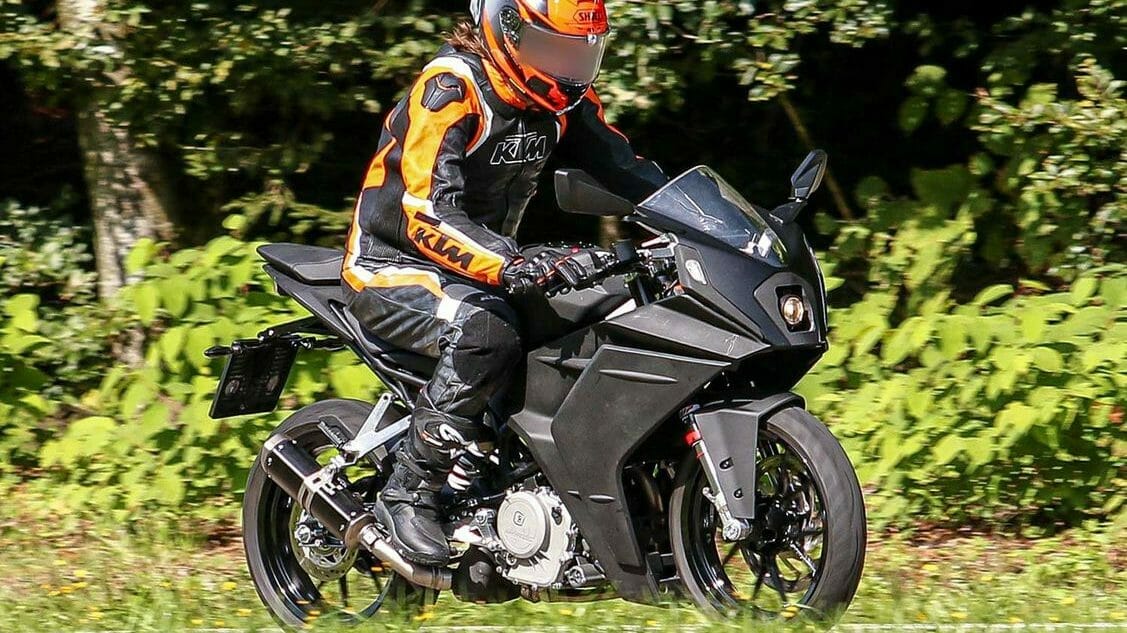