4 min read
The 1290 Super Adventure S represents the new spearhead of KTM Adventure bikes with over 1,000cc. It is KTM's sportiest and most technically advanced bike in this category.

The 1290 Super Adventure S represents the new spearhead of KTM Adventure bikes with over 1,000cc. It is KTM’s sportiest and most technically advanced bike in this category.

Also redesigned is the 23-liter fuel tank, which is equipped with a keyless filler cap. The seat is split and can be adjusted by 20 mm. Also adjustable are the handlebars, the TFT display and the windshield.

The suspension is semi-active, which means it automatically adapts to the current surface. To do this, it uses data from a 6D sensor to control the new valves.

The V2 engine has been revised for Euro5. It produces 160 PS and a maximum torque of 138 Nm. Changes to the oil circuit, pistons and a thinner engine case have saved 1.6 kg. Service is mandatory every 15,000 km. The exhaust system was also revised and adapted for Euro5.

Two new radiators and the redesigned bodywork ensure that the hot air is better directed away from the legs.

A new generation of assistance systems has been installed in the KTM 1290 Super Adventure S. In addition to the four different riding modes Rain, Street, Sport and Offroad, the Rally riding mode is also offered as an option.

An adaptive cruise control system, developed in collaboration with Bosch, uses radar sensors to automatically adjust the distance to other road users. The new automatic cruise control can be set to five levels via a new combination switch.

All settings are shown on the 7-inch TFT display, which can also be paired with the smartphone. Should the mobile phone battery run out, the USB charging socket in the redesigned storage compartment can be used.

Optional is the Quickshifter+ which is supposed to shift even smoother thanks to a new shifting mechanism from PANKL. The traction control, as well as the ABS takes into account the lean angle of the motorcycle. An engine drag torque control is optional.

For customization, KTM offers a range of PowerParts for the 1290 Super Adventure S, but there are some technical uprades here. 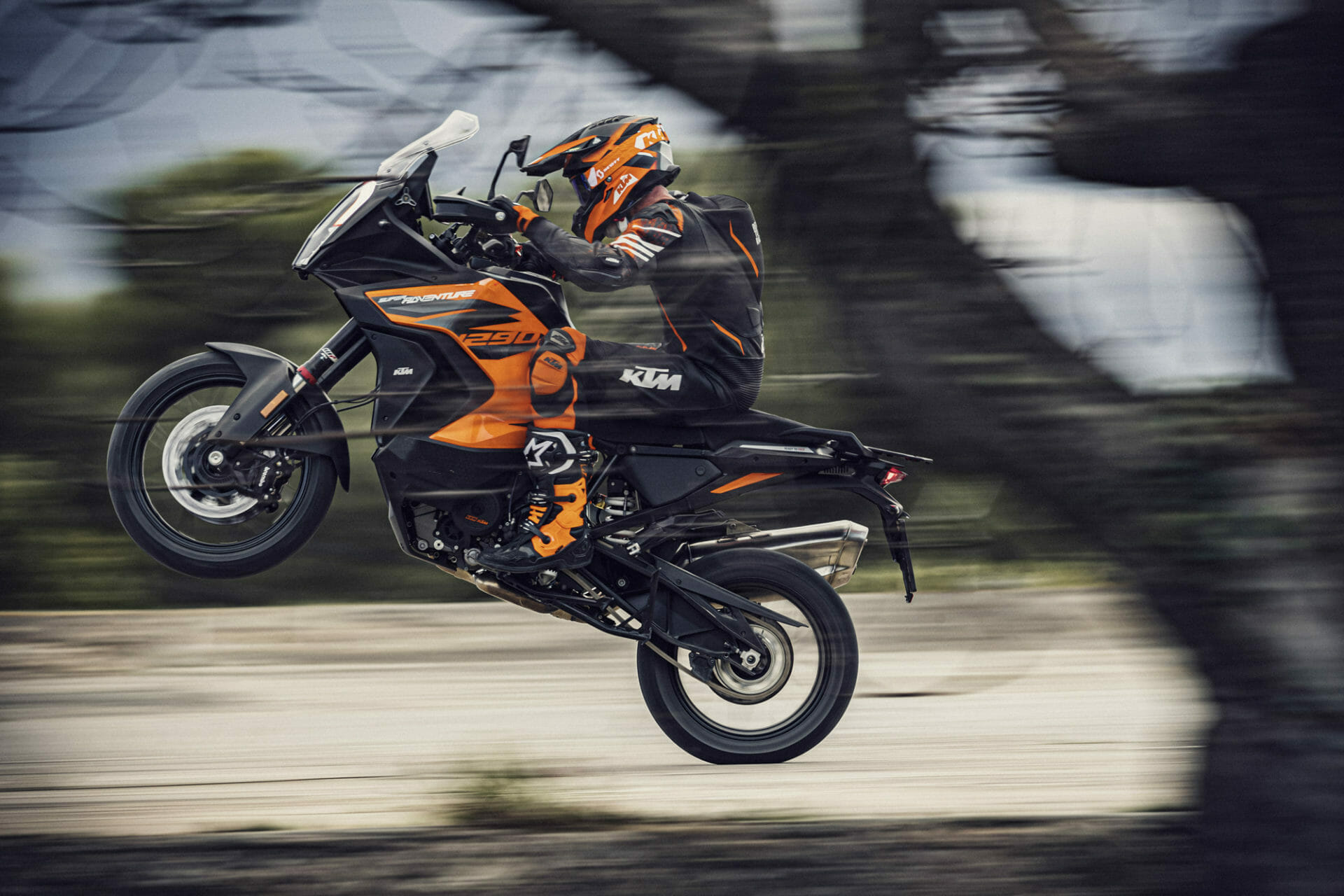